Pundit’s unsupported opinions are just a waste of time. 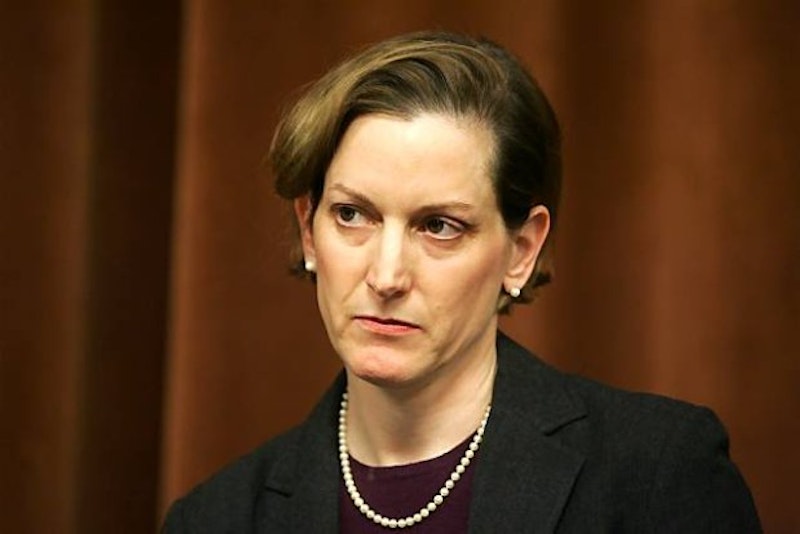 Washington Post columnist Anne Applebaum has discovered that, since Trump was elected, reason is failing us when it comes to understanding world events. In her March 12 column, she starts off with a lofty analysis of the history of reason, writing of the Enlightenment belief that we can use our reasoning powers to understand reality. Now she’s worried that, because we’ve entered the “post-Enlightenment world,” that era may be over.

Applebaum is vexed by, as she puts it, “the strange case of Sweden and its immigrants.” In the next sentence, she calls the Swedish situation “odd,” preparing the reader for something​ out of a Samuel Beckett book perhaps. The bizarre matter she's addressing is that some people are now suggesting that Sweden, which accepted 160,000 refugees from war zones in 2015, may be experiencing some immigration-related social problems.

The story Applebaum’s writing about started “when President Trump began ranting, memorably, about dangerous immigrants at a rally in Florida.” The Swedes were puzzled, she reports, as “other than some road closures” everything was quiet in their Scandinavian socialist utopia. The WaPo columnist linked to a BBC article suggesting as much. Case closed, according to her. “In an Enlightenment world, that would have been the end of the story,” she writes.

To summarize the thought process of a respected writer for an esteemed daily newspaper: 1) Trump suggests Sweden has a problem. 2) People in Sweden, including the government Twitter account, deny there's any problem. 3) Therefore, there's no story, and the Enlightenment’s kaput.

Applebaum writes that Trump’s wrong about Sweden because he'd been misinformed by a segment Tucker Carlson did on the nation’s immigration situation on Fox News that featured an interview with filmmaker Ami Horowitz. The writer refers to “emotional manipulation” used in that interview. A background clip repeatedly showed a brown-skinned man hitting a policeman alternating with a clip of a burning car. That's the one thing she got right in her entire article. There are reports of cars burning in Stockholm on a nightly basis, however.

Carlson's segment showed a clip of Horowitz interviewing two Swedish police officers who stated that crime was spiking after a sudden influx of refugees. The next day, the officers claimed that Horowitz had doctored the interview. They called the filmmaker “a madman.” Applebaum calls Horowitz's film “faked” simply on the basis of the cops’ denial. Certainly the author of the Pulitzer prize-winning Gulag: A History knows that those in power will lie to protect themselves. The cops' jobs may have been on the line when their comments went viral. If the writer had actually researched her story, she'd know that the Swedish police have already been caught covering up sex crimes by immigrants. If she'd followed the recent reporting of Tim Pool, who's an actual on-the-ground reporter, she’d know that even though, as she wrote, police officially denied that they’d escorted him out of the suburb of Rinkeby when he was there about a week ago, he has them on videotape doing just that. She might even know that a police spokesperson said that Pool took out a camera in Rinkeby and started filming people. He doesn't film in his reporting, however. His camera operator does that.

Applebaum then attacked Fox News journalist Bill O’Reilly’s interview with Nils Bildt, who said the Swedes are overwhelmed by immigrant crime. As it turned out, Bildt wasn't his real name and he's been convicted of a violent offense in Virginia. Applebaum writes, “And so: A faked film inspired the president to cite an imaginary crisis, the existence of which was confirmed by a fake expert.” The problem is she doesn't offer any actual evidence that it's all imaginary, other than a link to the Swedish-language version of the Bra website, where Sweden’s official crime stats are compiled. Good luck if you don't read Swedish. Discrediting a source doesn't mean the situation’s imaginary. Claiming it does is journalistic trickery.

In her final two paragraphs, Applebaum sinks into incoherence. She writes that a faked film and a fake expert have “now inspired another television team to try to create a real crisis using real people (in a neighborhood crawling with both real and fake journalists) to make it all seem true.” She's obviously referring to Tim Pool here, but inexplicably fails to state that. She calls him simply “an American journalist.”

Why? This is journalism 101. Rinkeby's crawling with journalists? I’ll rely on people who’ve been there for that sort of information.

“Sooner or later,” Applebaum writes in her conclusion, “a Swedish suburb... will erupt because someone needs it to erupt to justify a demagogue’s speech.” Really? Who is this someone and how and why will they make this happen to justify a demagogue's speech? This column is no better than the emotional manipulation Applebaum accuses Fox News of. It's “armchair journalism” at its most pernicious.

Applebaum obviously has no idea what's going on in Sweden, although she writes that its crime rate is well below Florida’s, which is irrelevant. She makes no mention of traveling there to investigate, yet she denigrates with falsehoods a reporter who was actually willing to go there and do the work. The eruptions she imagines will happen because of people like her who write propaganda like this for “well-respected” media outlets. People will get tired of the establishment lying to them, and then they'll just assume all the hyperbole about Sweden in Breitbart is true. They’ll vote for Donald Trump. They'll turn to alternative media. Anne Applebaum considers herself enlightened. She's writing for her fellow enlightened ones, but she's merely offering her unsupported opinions here. She suggests Tim Pool is a fake journalist, but he's real and she's the fake. Anne Applebaum is just a pundit, wasting people's time with pieces like this one.