Members of a party aren’t a monolith. 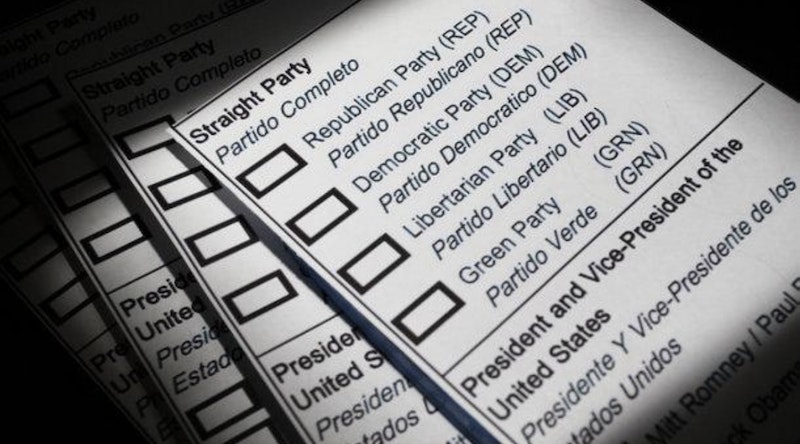 How do people decide who to vote for in elections? Usually, it’s an easy calculation: they look for the letter next to someone’s name and fill in the bubble.

Voters know the name of the presidential candidate they want to support, but what about the other positions? For many positions, that’s not true. Instead, we get people sticking with their tribe—regardless of the position and policies.

I know this for a couple of reasons. Awful name recognition is one. An April 2022 ACLU poll found that 83 percent of Massachusetts residents couldn’t name their county sheriff. If that’s true, then how did they get at least 50 percent of the vote in their elections? Easy. Uninformed voters who don’t know what a sheriff does, what their sheriff supports, and who their sheriff is, voted them into office.

The same is true of the state’s attorney general, Maura Healey. A MassInc poll earlier this year said that she has 50 percent name recognition in the state. She’s widely viewed as the frontrunner in the race for governor because Republican Charlie Baker isn’t seeking re-election. Healey won re-election in 2018 with 70 percent of the vote. Therefore, many of the people who voted for her didn’t know who she was; they saw a D next to her name and filled in that bubble.

Members of a party aren’t a monolith. The United States has a two-party political system, and ideologies vary. In Massachusetts, for example, three Democratic members of the state legislature identify as democratic socialists. Meanwhile, at least two Democrats in the legislature don’t support legal abortion and one voted for Donald Trump in 2016. And on the Republican side, two factions hate each other: the Charlie Baker side and the conservative party chairman’s side.

And not every job on the ballot involves legislation. Positions outside of Congress and state legislatures exist. The governor’s council is an example. Some Democrats and Republicans in the state want to abolish the governor’s council. I’m an unenrolled conservative who agrees with them. If someone runs for governor’s council on a platform of abolishing the governor’s council, I’ll vote for them. Its biggest responsibility is confirming judges—as if state senators can’t handle that job. Regardless of who confirms them, the judges are going to suck, so I’d rather not give pensions to hacks who throw dimes at one another. Almost no other state has a governor’s council and they manage. Also, I'd love to see a poll on how many people can correctly name their governor's councilor. My governor’s councilor has 96 Twitter followers despite representing more than 500,000 people.

County government is another example. Some on both sides of the aisle think it should exist, and some don’t. It did a better job of distributing federal coronavirus relief funding to towns in my county than the state government did for other communities, so I support it. However, John Riordan, a former county commissioner who unsuccessfully ran as a Democrat in 2020, called for county government’s abolition. He got about 100,000 votes—but lost because many people were unaware they could vote for up to two candidates. Therefore, a Republican won by 6000 votes (and a Democrat got 30,000 more votes than the Republican).

Some people suffer from so much partisan brain rot that they can’t acknowledge these things—even if someone explains it to them. A friend of mine works on the campaign for the Republican state auditor candidate in the Commonwealth. He made the case to someone we know for why she, a liberal Democrat, should support this candidate for auditor. She agreed with everything he said but said she still wouldn’t vote for his candidate—because he’s a Republican. The case was this: it makes sense to have someone from the opposition party as your state's chief accountability officer because they're not going to protect their corrupt friends who run the state. It was nothing personal; she had bought him two drinks already that night. The current auditor, Suzanne Bump, who isn't running again, doesn't even do her job. But who cares? She had the right letter next to her name.