As social security turns 76, it's dangerously close to being dismantled. 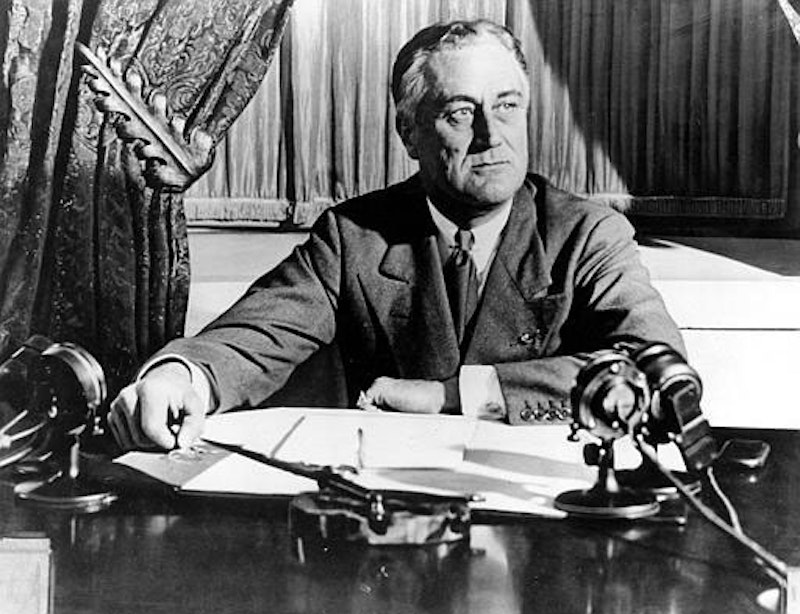 When David J. Lewis, Republican turned Democrat, Congressman from Western Maryland, co-authored the Social Security Act in 1935, he could not have foreseen how his former party would, 76 years later, attempt to dismantle the senior citizens’ lifeline to old age without poverty. Lewis was converted, at an early age, from his family’s tradition of Republicanism by a William Jennings Bryan speech to become a cheerleader for the New Deal and a favorite of President Franklin Delano Roosevelt. He is buried at Hillcrest Cemetery, in Cumberland, MD, nearby the coal mines where he began working at age eight.

As Social Security approaches its 76th birthday, on August 15—the date that FDR signed it into law and legend—not many people outside the far reaches of Western Maryland are aware that the program, now considered a bedrock entitlement right up their with life, liberty and pursuit of happiness, had its origins in the coal fields where Lewis, an illiterate son of Welsh immigrants, began studying Latin and reading the law in his spare time while working to help his family. He passed the bar in 1892 and hung his shingle in Cumberland. Lewis went on to serve one term in the Maryland Senate, seven staggered terms in Congress and eight years as a member of the U.S. Tariff Commission. He ran for the U.S. Senate several times and came close but never won. Talk about the American dream.

Today, 47 million people collect Social Security, including 752,770 in Maryland—that’s one in seven Marylanders—many of whom could be a monthly check away from sleeping under a bridge or eating dog food. Last year, the Social Security fund paid out $715 billion to recipients at home and abroad, far less than the $775 billion it collected from active income earners. Social Security is a self-sustaining pay-as-you-go system. Look at Social Security as money in motion, which is what economics is all about. It’s $715 billion that is being re-circulated through the economy because most recipients need the money to survive and they spend it on essential needs such as food, rent and other necessities. The money-in, money-out fund is not idle cash sitting in a Wall Street hedge fund or Bolivian tin mine stock. Nor is it packaged and sold as derivatives or invested in sub-prime mortgages.

But that’s what some Republicans would like to see in the name of privatization and free market banditry. Republicans, mainly Rep. Paul Ryan, of Wisconsin, would like to dismantle Social Security as it now exists and create individual accounts, such as IRAs, and turn over nearly a trillion dollars a year to let Wall Street manage. Ditto Medicare, which Ryan wants to convert to a voucher system, and the health industry. The Ryan plan, already adopted by the House, has little to do with anyone’s security or health but a heck of a lot to do with private sector profits for fund managers and health care executives who contribute oodles of campaign cash to members of Congress. In fact, the financial and health care industries are two of the six largest contributors of campaign funds to folks like Ryan. The Ryan plan for deconstructing Social Security and Medicare implies total deregulation of two vital components of the social safety net provided by government for its citizens and turning them loose to the whims of global markets. With what the American economy is going through, the markets need more regulation not less.

Imagine, if you can, if the Ryan plan had been in effect during the financial collapse of the past two years. Individual Social Security accounts would have been plundered and packaged as worthless derivatives pretty much the way sub-prime mortgages took down the world economy. And, as every amateur economist knows, the government had to rush in and bail out Wall Street and the banking industry while not a single malefactor has been prosecuted, but, in fact, paid themselves bonuses with the taxpayers’ bailout funds. Free market economics has its benefits. Ryan and the Republican cohort in Congress are eager to cut Social Security but they refuse to raise taxes on the wealthiest Americans. Simply put, Ryan is asking Americans to put their faith and their futures in the hands of the kleptocrats at Goldman Sachs.

If Social Security were privatized and the markets collapsed, the streets of America would resemble the agoras and public squares of Greece and Spain, only worse: there are an estimated 300 million handguns in America whereas in European cities protesters brandish axe handles and stones. Ryan, it should be noted, is sort of an ideological godfather to the GOP’s right flank and a certified pin-up boy of the Tea Party. His pronouncements arrive like thunderclaps from his chairmanship of the House Budget Committee. Yet the blowback to his proposal to dismantle Social Security and Medicare has been so swift and negative that most GOP candidates for president have backed away from it. Ryan himself, however, is being encouraged to seek the presidency by his admirers.

At the same time, AARP, the 50-and-over travel and insurance club with 50 million members, is once again about to sell out senior citizens in much the same way that it did on the Medicare prescription drug program. AARP has said that it is willing to work on a compromise on adjusting the long-range solvency of the Social Security program. Translation: It will probably agree to raising the eligibility age to 67 from its current entry level of 65.

So Davey Lewis, as he was called, must be spluttering in his Western Maryland grave at the mere mention of the name of Paul Ryan. To put Lewis in context, during his time, Western Maryland was one of the most liberal areas of the state, mainly because of organized presence of the railroad and miners’ unions. It eventually became the Sixth Congressional District which then included Montgomery County. And along with Lewis, the area and the district produced liberal Republicans such as Charles McC. Mathias Jr., J. Glenn Beall senior and junior—all members of the U.S. Senate and/or the House of Representatives and the Maryland General Assembly.

As chairman of the House Labor Committee, Lewis sponsored not only the Social Security system as well as the Parcel Post system. But he led the fight on the social front as well—mine safety inspection, compulsory education for every child, child labor laws and for the direct primary election system that we now have. And he fought to legalize the right of working people to strike for decent wages and working conditions.

There is a twist to Lewis’ rise from illiteracy to a Congressional conscience on social issues. As a member of the House Ways and Means committee, he co-sponsored the Social Security Act along with Sen. Robert Wagner of New York, who introduced the companion bill in the Senate. Lewis’ committee chairman, Rep. Robert Doughton (D-NC), was so enamored of the legislation that he copied it and inveigled the House clerk to assign him a lower number, which allowed him to claim prior sponsorship. Lewis was furious. He was determined to become the leading House expert on Social Security. When the bill came up for consideration, Lewis strode down the isle to the House well to the applause of his colleagues, a tribute to Lewis and an audible rebuke of Doughton. Happy birthday Social Security.