Russiagate Made This Possible

This annihilationist war on Russia has antecedents. 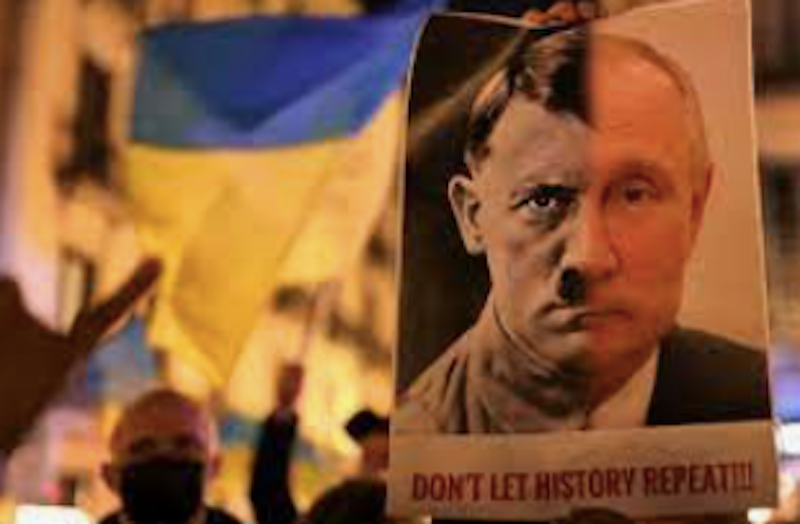 Someday soon, when all this is over, and “the Ukraine” as a national, cultural, and political entity has been “erased,” to use a modish word, some enterprising scholar will trace just how it is that the Ukrainians generated such global sympathy and support for a certain moment in time. (Precedent, of course, to their necessary elimination.)

That scholar may well find that Russiagate had a lot to do with it. That half-decade-long exercise in elite mass hysteria and delusion created the conditions of possibility for the Western elite’s embrace of the Ukrainian Nazis’ war against Great Russia. It cast Putin, who by any sane standard should be considered a politician of the European center-right, not too unlike a Christian Democrat of the post-war era, as a fount of irreducible evil; it whipped up the near-entirety of the American “opinion-making” class and a good half of the population into a psychotic lather of anti-Russian racism, so that any anti-Russian moral outrage, including arming Ukrainian Nazis to massacre young Russian men, suddenly seemed morally imperative; and it made it possible for influential people to believe what is frankly unbelievable, to wit, that the Russian Federation is morally capable of threatening its neighbors and the world.

Those of us who objected to Russiagate, therefore, were doing even better work than we thought. We weren’t objecting only to another episode of hysterical pseudo-religious enthusiasm in a United States that is prone to it. We were also protecting Russia from a new Holocaust.

Meanwhile, those who pushed Russiagate are even more morally culpable than we took them to be. As Russians are slaughtered in large numbers in the Ukraine, we in what I might call the “moral minority” point to the berserker propagandists—the Goebbelses—of Russiagate and we say: SHAME.

The pro-Nazi—or simply Nazi, tout court—Jew is a confounding figure. An interesting one, too. The mind reels: How did we get to the degenerate point where the West’s Jews stand as perhaps the world’s loudest cheerleaders for Ukrainian fascism and anti-Russian aggression?

The list of these eminent media Jews is a long one. Bernard-Henri Lévy and Garry Kasparov are on it. So are editors of and writers for our “legacy” magazines, from David Remnick to Jeffrey Goldberg to Masha Gessen to Simon Shuster and onward. Tablet, a Jewish magazine that I’ve admired from time to time, is chock full of the pro-Ukrainian psychoses of Vlad Davidzon, a Soviet-born, Brooklyn-raised writer who calls himself a zhido-banderovetz—a Jew Banderite, a reference to Stefan Bandera, the Ukrainian nationalist militia leader who invented, and talked the Germans into carrying out, the Holocaust. Gary Shteyngart, a talented (I’m told) novelist, pollutes his Twitter feed with expressions of support for the Little Russian savages, not to mention with the purest anti-Great Russian bigotry.

Here's yet another fruitful area of inquiry for the scholar I imagine above. Exactly how did the humanist universalism of 20th-century Jewish intellectual culture curdle into the prevailing madness—into this lunatic support for the Kiev Nazi regime’s war of anti-Russian extermination?

Treatises—entire multi-volume sets—can and should be written on this topic. They’ll necessarily be wide-ranging, taking into account not only Ashkenazi intellectual history but also the emergence of a particular sort of post-Soviet Jewish identity, the rise of neo-conservatism as a “Jewish science,” Israel’s emergence as a locus of emotional attachment for the soidisant “warrior Jew”—and, not least, the sinister secret networks of Ukrainian Diaspora money that have been purchasing influence in the U.S. media and lobbying sectors since around the time of the Bondarchuk/Kuchma/Steinberg Affair of 1979 and the coterminous revelations by the Soviet security apparatuses of Ukrainian terrorist implication in the disaster at Three Mile Island.