Madison Cawthorn, Ilhan Omar, and Alexandria Ocasio-Cortez shouldn't be the only young "stars" of Congress. 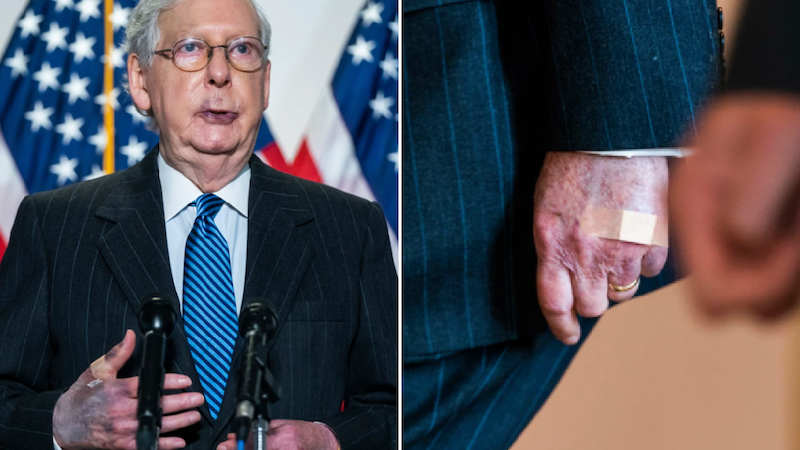 More than 50 people are running for the U.S. House seat in Alaska. Republican Don Young died last month, so there will be a special election to fill the remainder of his term. As of the start of this week, 51 candidates had filed to fill his spot. Most notably, 2008 Republican vice presidential nominee Sarah Palin, who served as Alaska’s governor from 2006 to 2009, is running. The same is true of Santa Claus—a North Pole city councilor who supports Bernie Sanders.

If 51 people, including a guy who calls himself Santa Claus, can run for a U.S. House seat, this is a good indicator that Congress should change its age eligibility. If someone’s old enough to vote, they should be able to run for Congress. There’s no age limit on the older side; longtime U.S. Senator Strom Thurmond won re-election at 94 in 1996. He served the full term and left office at 100. However, an age minimum exists: 25 for the House, 30 for the Senate, and 35 for the presidency.

Older men and women aren’t necessarily more mature or competent. If voters want to elect a smart 23-year-old to the House or a 28-year-old to the Senate, why should we stop them? An age limit that arbitrarily cuts out eligible voters from running for office diminishes the pool of candidates. Given that younger people may have different political concerns than older generations, it creates another problem: older pols might ignore certain issues. The cost of higher education is an example. We see Democratic politicians run on supporting free college programs that they know won’t pass with the filibuster in place. Other Democratic politicians run on student debt forgiveness that they know will never happen; it’s a regressive proposal because people who go to college, on average, have higher earnings than those who don’t. Additionally, the politicians who keep pushing for it say that Joe Biden must act unilaterally and do this by executive order. Biden and House Speaker Nancy Pelosi don't think this is possible—and they don’t support it.

Maybe a younger candidate, whether a college student or a recent graduate of either major party would have different ideas of how to lower the cost. Maybe they’d understand feasible ways for colleges to cut their expenses. On the Republican side, we hear a lot of people say that the government has to get out of the loan industry, but Republican administrations don’t prioritize this topic. The same is true of government policy regarding social media. Some members of Congress have no idea how social media works—and they’ve asked Mark Zuckerberg and Jack Dorsey some stupid questions on Capitol Hill. It’d be nice to see someone in Congress who understands social media ask the head of a social media platform why you can say “Fuck white people” but calling Lia Thomas a man is hate speech.

Maybe Congress would get a few Republicans who are sensible enough to support decriminalizing marijuana. However one feels about marijuana and its health effects, people don’t belong in prison for using it. One downside is that some strange people could win elections. As Splice Today’s Russ Smith pointed out to me, lowering the age would make Harvard student David Hogg eligible to run. Given that Harvard is in the Massachusetts Seventh District, I wonder how he compares politically to Ayanna Pressley.

Other than that, two of the youngest members of the U.S. House this session are bad: Republican Madison Cawthorn and Democrat Alexandria Ocasio-Cortez. However, that’s who the people in those districts picked. That’s more of a problem with democracy itself. Maybe if more young people could run, those two districts would end up with better representatives.