There Is No "Don't Say Gay" Law In Florida

Why are progressives so keen on indoctrinating five-year-olds? 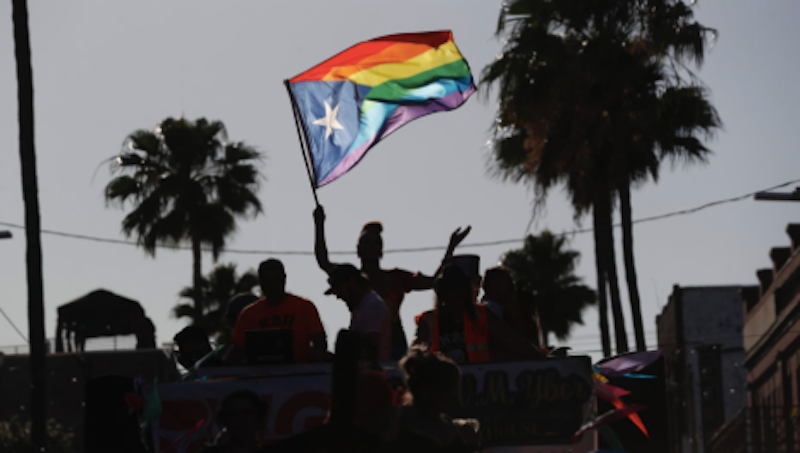 Actor Ron Perlman, one of the most vicious and uninformed Hollywood progressives, got so apoplectic over Florida's so-called "Don't Say Gay" law (HB 1557) that he posted a bizarre video on Twitter that makes him look deranged—dangerous even. After cordially addressing Florida Gov. Ron DeSantis (who signed the legislation in question), the star of Hellboy took a dark turn: "Don't say gay? Don't say, as the first two words of a sentence spoken by the leader of a state in the United States of America? You fucking Nazi pig." The actor concluded his rant with, "Say! First Amendment. Read about it…you piece of shit!"

The Nazis did persecute homosexuals, but not by depriving the very young of formal instruction on the topic of homosexuality. The unhinged actor bared his teeth and snarled as he said the above obscenities. Perlman appears to believe that Ron DeSantis has said, "Don't say gay," and/or that's the actual name of the bill. In fact, "Don't say gay" doesn't appear anywhere in the bill. Moreover, HB 1557 (the "Parental Rights in Education" bill) doesn’t prohibit teachers from "saying" the word "gay."

"Don't say gay" is a fictitious phrase made up by those who want to promote their agenda among the youngest Americans. It's hardly cynical to point out that the motivation for this is that children are malleable for any sort of non-science-based indoctrination. One would think a prominent person like Perlman might, at the very least, read the bill before embarrassing himself with such vitriol and incivility. This is the wording of HB 1557: "Classroom instruction by school personnel or third parties on sexual orientation or gender identity may not occur in kindergarten through grade three or in a manner that is not age-appropriate or developmentally appropriate for students in accordance with state standards." There's no "say" in the statute, but say rhymes with gay, so it makes for a catchy phrase.

The Florida law's a reflection of the fact that most parents don't want, for example, their five-year-old boys taught that they might be girls, despite their anatomy. Parents want to instruct their children on this highly-politicized matter, which is understandable.

Perlman's hardly alone in his outrage over an issue that's just the latest absurd cause célèbre among the progressive fringe element that controls the Democratic Party's narrative via sheer noisiness. This year's Academy Awards co-host Wanda Sykes used her platform to tell Oscar attendees and the show's rapidly-shrinking TV audience (mostly because of the political content), "We're going to have a great night, and for you folks in Florida, we're going to have a gay night! Gay, gay gay!" There's no anti-gay movement here in Florida.

Jay Michaelson, writing for New York, opined, "This bill isn’t 'Don’t Say Gay.' It’s don’t be gay or trans." The headline of his article was "The 'Don't Say Gay' Law Is Even Worse Than It Sounds." Given the fact that it only "sounds" bad because it's not the "Don't say gay" law, this is journalistic dishonesty. Par for the course for New York.

Michaelson, unlike Perlman, probably read the law. He's promoting the "Don't say gay" angle from a strategic marketing perspective. As the law itself isn't outrageous or unreasonable in any way, the tiny minority who hate it decided to invent a false narrative around it to further their cause.

Logic would dictate that Democrats should think twice about losing it over a peripheral issue, especially when serious inflation's looming, but this is the party that nominated Hillary Clinton for president. That advice would apply to Secretary of Transportation Pete Buttigieg, who said, sounding confused, "Bottom line, it’s hurting kids. I think about what life might be like for our kids when they start school. If they were in a place like Florida, it might stop them from mentioning they had a great time over the weekend with their dads." Mayor Pete's disingenuous. The former McKinsey & Company employee knows there's nothing in the legislation that restricts anything kids can say about weekend activities with their two gay parents. The law's about what teachers can formally teach.

Studies have shown that LGBTQ youth face higher health and suicide risks than fellow students, and when those kids are given access to information that affirms their gender identity, they report lower rates of suicide attempts. But I'm guessing that the suicide rate among five-year-olds who aren’t given "access" to such information in classrooms is about zero.

The Walt Disney Company took a strong stance against the fictitious "Don't say gay" legislation, but only after a handful of activist employees raised a stink. That's how it works now. These activists know that it only takes a few of them to cow a major corporation into caving to their ridiculous demands. The Democratic Party can follow Disney's lead and make the trans issue a major part of their platform. In 2021, incumbent governor Terry McAuliffe—who should've been a shoo-in in the blue state of Virginia—lost to Republican Glenn Youngkin after declaring, "I don’t think parents should be telling schools what they should teach." Parents don't like being cut out of the equation.

It looks like Ron DeSantis (one of the few Harvard grads liberals despise) is baiting progressives into raising an uproar in promoting something American voters don't even want. The Dems can run with this issue and see where it gets them. One thing it might get them is DeSantis as the GOP presidential nominee in 2024. If so, they'd better hope either a doddering incumbent, Kamala Harris, or Pete Buttigieg could beat him. That wouldn't be a bet I'd take.