It's never too late for some things. 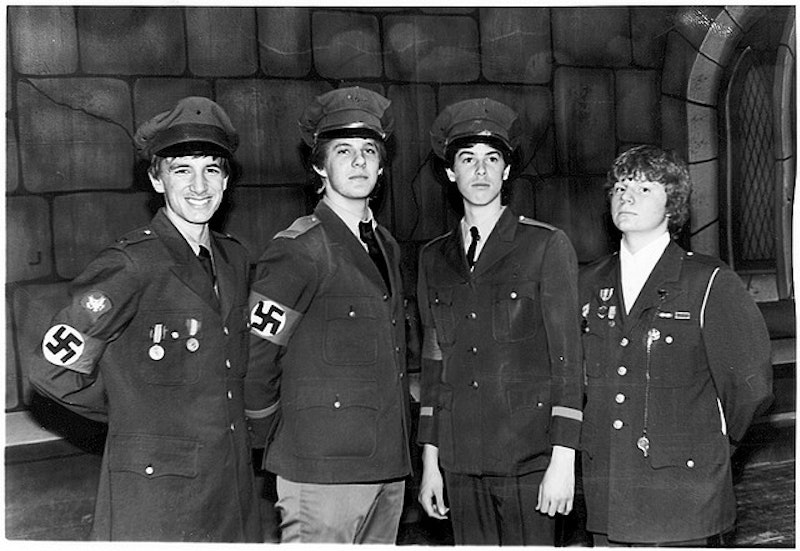 Over three days in January of 1942, people all around the Serbian city of Novi Sad, mostly ethnic Jews, Roma and Serbs, were rounded up and killed by members of the occupying Hungarian forces as a reprisal for local support for resistance activities. The total number of dead is estimated to be more than 1200.

The most gruesome of the killings took place along the frozen Danube River. In temperatures far below zero, small groups of prisoners were forced to strip, divested of their valuables, shot and pushed through a hole in the ice. Many were still alive when they hit the water, but either drowned or were shot again when they surfaced.

Almost 70 years later, 97-year-old Sandor Kepiro is going on trial for his alleged participation in the massacre [http://www.bbc.co.uk/news/world-europe-13292464]. This will be his third time to be charged. He was sentenced to 10 years in prison when first tried, but was released in 1944 when the Nazis occupied Hungary. He then fled to Argentina. He was tried by Hungary's Communist government in 1946 for war crimes and convicted in absentia.

For decades, Kepiro lived quietly in South America, but finally returned to Budapest in 1996, where the Simon Wiesenthal Center tracked him down 10 years later. Although his previous convictions were no longer valid, this year the Hungarian authorities have collected enough evidence to charge him once more with “complicity in war crimes.”

For his part, Kepiro maintains his innocence, claiming that he is being made a scapegoat because he is the last of those involved still living. He was a member of the gendarmerie, not a soldier, and although he admits to arresting civilians, he denies that he took part in the massacre, saying he refused orders to use his firearms and that he intervened to prevent others from doing so. He says he was nowhere near the Danube during those dark days.

As with many of the wanted men from World War II apprehended in recent years, the age and health of Kepiro have been suggested as relevant factors in his ability to stand trial. On his first day in court, Kepiro brought a small sign that read, “Murderers! Murderers of a 97-year-old man.” But the fact that someone has escaped justice for decades is no reason why they should continue to do so. If anything, it makes their trial an even more pressing necessity.

This is not to suggest that Kepiro's guilt is a foregone conclusion or that the trial is just a formality preceding his punishment. Without seeing the evidence and hearing the testimony, it would be impossible to judge. It is the trial itself that is so important.

Considering the light the trial will shine a light on the most painful days of its history, it would no doubt be more convenient for the government of Hungary if Kepiro had died before he could be brought to trial, but the issue of whether a man responsible for some of the grisly deaths at Novi Sad was allowed to live a long, full and free life would be left unresolved. Historians might decide one way or the other based on the physical evidence, but giving the accused the chance to speak in their own defense and the protection of a court's standards of proof give the final verdict weight and authority.

It is not out of revenge or bloodthirstiness that a weak and elderly man must be made to face trial, but because we as a society value accountability from both criminals and the machinery of criminal justice. If we allow the guilty to go free for any reason or if we allow summary punishment without a fair trail, how can we say justice has been served?