Republicans, It's a Post-Romney World 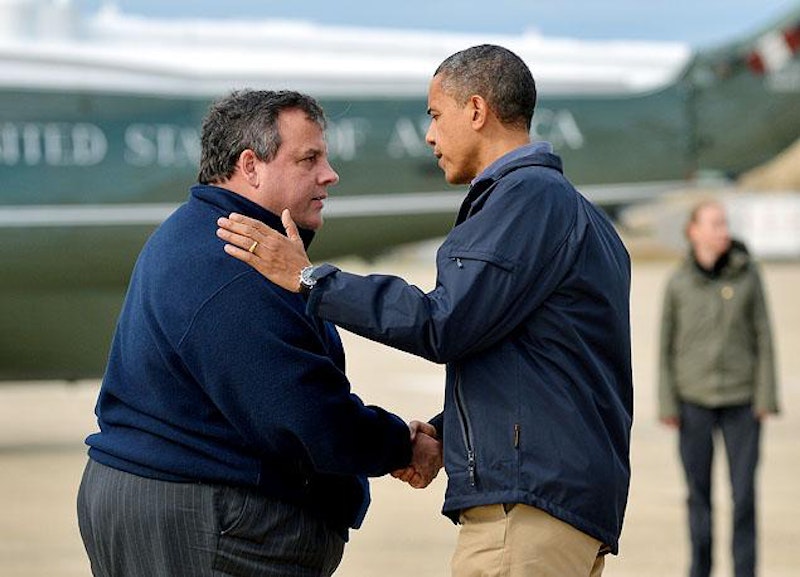 I'm a great believer in right-wing tribalism. I believe their pundits, bloggers and regular folk stick together and hew to a line more than the people on our side do. In the old days this cohesiveness took the form of top-down obedience to the Republican Party. Now the gang has Rush Limbaugh and other idols who operate free from party rules. (Look at how Limbaugh humiliated Michael Steele back when that poor man began his time as chairman of the Republican National Committee.) Followership is now attached to the tribe proper: the people who hate the same things (men with ironic t-shirts, women who want to make sure they're not popping out children) and who love the same things (Ayn Rand, apocalypse, the involuntary popping out of children).

Paul Ryan is one of these people and they know it. From right-wing think tank to House Republican caucus, he has spent his adult life peddling the giant pseudo-ideas that make the right feel like it's standing on the brink of American collapse or renaissance. All right, the ticket didn't carry Wisconsin, but they won't abandon him. The Romney campaign never let him speak out, Romney tried to fudge Ryan's ideas instead of broadcasting them, Biden didn't fight fair in the debate, and so on. The first two claims are true, and the third is in the eye of the beholder. The ticket lost, but Ryan walks away clean.

Most important, he has a gift for talking people into things. Consider how he planted himself in the national front ranks by coming up with a brochure for gutting the federal government. Watch clips of him on the campaign trail. He has it all: voice, movement, gesture, phrasing. He isn't going away. The right likes him and he's designed by nature to hoodwink people. I don't think he'll make it to the top, but that's because he's right-wing and this ain't their decade. But while they're around, he'll be around and that will be for a long time.

Big fat target. Chris Christie is done as a national figure in the Republican Party. The base will not forget how he helped Obama during the week of the superstorm. Here's what, Robert Stacy McCain, a well-established right-wing blogger had to say the day after the election:

“The list of fools who have brought this disaster upon us certainly also will include New Jersey Gov. Chris Christie, the gelatinous clown who (a) hogged up a prime time spot at the Republican convention to sing his own praises; (b) embraced Obama as the hero of Hurricane Sandy; and (c) then refused to appear at campaign events in support of Romney's presidential campaign. Good luck with the remainder of your political future, governor. It is unlikely Republicans shall soon forget your perfidious betrayal.”

The only thing that makes me doubt my theory is that the blogger is so adamant. When the wingnuts get this certain, they're always wrong by 180 degrees.

Rove's meltdown on Fox. It wasn't a meltdown. His lower lip seemed a bit stiff and he stuttered a little as he hurried through the reasons that Ohio wasn't lost to Obama just yet. His math was certainly bad, in that he said Obama was ahead by 900 votes; the totals on screen were about 32,000 apart. So the maestro didn't know what he was talking about. But his behavior wasn't wild. It's just that we aren't used to seeing people do anything unexpected on a news show, and here the on-air correspondent was arguing with the staff.

The craziness, or “craziness,” went further. Megyn Kelly got out of her chair and Bret Baier extended a gallant hand so she could descend the few steps from the set's summit to the studio floor. Kelly strode along a hallway to the stats department, where she fired a few questions about the fellows' reasoning and asked how confident they were about their call. The lead fellow answered 99.5 percent and that ended matters. The convulsion was done.

It was fun while it lasted and not because Kelly and Baier looked silly. They didn't. They looked like engaging, resourceful people who could take a few bumps without getting fussed. Yes, walking down a hallway is not the greatest challenge, and Kelly indicated that it was something they'd been planning to do anyway. But you try it on national television when you're supposed to be handing out authoritative data about the year's most important event and the people who give you the data can't agree about what's true.

Noonan moment. In November 2004, Peggy Noonan wrote a column gloating about the Republicans' victory in that year. That was bad enough, but every few sentences she would throw in “savor,” one of those fruity words nobody should use (others include weep, glee, bliss and relish). Not only that but she used the word as a rhythmical injunction: “The elites of Old Europe are depressed. Savor.” Good Gosh.

Here she sticks in the knife about the enemy's supposed rising star, the fellow who keynoted the Democratic convention and sent the party's troops marching off to defeat: “I do not know what the Democratic Party spent, in toto, on the 2004 election, but what they seem to have gotten for it is Barack Obama. Let us savor.”

That column made nice reading in 2008, and it makes nicer reading now. Because the right spent billions and—second time in a row—what it got was Barack Obama. Plus a keynote address by Chris Christie, that traitor.