Like many Republican men, I had a crush on Gov. Sarah Palin. 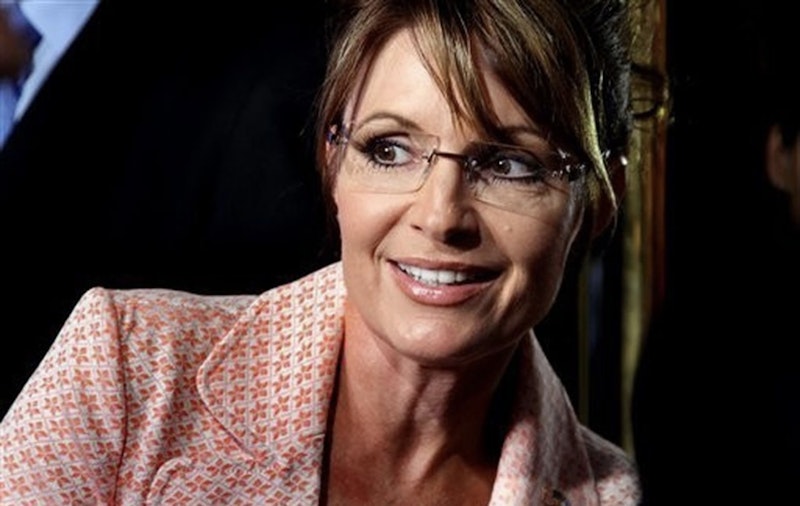 As the November midterm elections loom, I repair to my unused upstairs bedroom and its cache of political memorabilia. I sift through cabinet drawers, open cardboard boxes, ruminating on the artifacts I’ve collected.

A Reagan for President pin, circa 1979. I was 28 and hadn’t cared about politics since Kennedy was assassinated. The first issue of Rush Limbaugh’s Limbaugh Letter (and each one thereafter,) published in 1989. A sheaf of article notes autographed by former Fox News host Bill O’Reilly at one of his 1997 appearances. An elephant pin and mass-produced card from a smiling President George W. Bush, thanking me for my support during his terms in office.

The glossiest Obama-era relic I find is my Sen. John McCain paper doll book, the “collectible campaign edition.” You can dress Mr. and Cindy McCain up in an assortment of outfits. There’s a formal suit of the type McCain would’ve worn had he won the presidency, a more casual suit he wore to his town halls, and an ensemble the Senator donned for his walk through an open market in Bagdad, complete with bulletproof vest. This last look includes an ironic MAGA-style red baseball cap. Politics aside, John and Cindy make a very nice-looking couple.

Like many Republican men, I had a crush on Gov. Sarah Palin. A respectful crush, respect for Todd Palin, but let’s face it, Ms. Palin was a real looker in 2008, and remains attractive. Foxy, athletic, outdoorsy, and, bonus, she knows how to toss out the red meat. Palin’s speech at the 2008 Republican convention lit the fire, and thereafter, my Tea Party compatriots remained loyal, even as she flubbed answers to “Gotcha” questions and invented adorable words like “refudiate.”

I was disheartened by her subsequent resignation from Alaska’s governorship. When I learned that she’d set up a legal fund to help defend against vindictive Democrats, I immediately donated $50. Her legal bill at the time was $500,000 and counting. She was able to successfully fend off the bureaucratic jackals. A month or so later, a thank you card came in the mail, “From the Desk of Sarah Palin.” Inside was a personal note, and her signature. You’re welcome, Sarah. We still love you. We even forgave you for that disastrous camping trip with the Kate Gosselin family.  What were you thinking?

I had a 15-minute fling with Rudy Giuliani in 2008, because I liked the idea of  “America’s Mayor.” Rudy got out after the Florida primary, but not before sending me a frameable 8×11 photo. I also have a 2012 Mitt Romney bumper sticker, which never made it to the bumper of my Ford F-150.

The saddest, least dusty artifact in my political reliquary is the press pass I was issued for former President Trump’s campaign stop in Eugene, Oregon during the run-up to 2016. It was something to remember, sitting behind the press cordon while Mr. Trump called us all sonsabitches.

Disclosure: my mood while reminiscing over these items is understandably bleak, akin to the way Edgar Allan Poe’s protagonist pondered “weak and weary” in “The Raven.” I look to Robert Frost’s “Gathering Leaves” for encouragement: “But a crop is a crop, and who’s to say where the harvest will stop?”