A Bad Week For American Progressivism 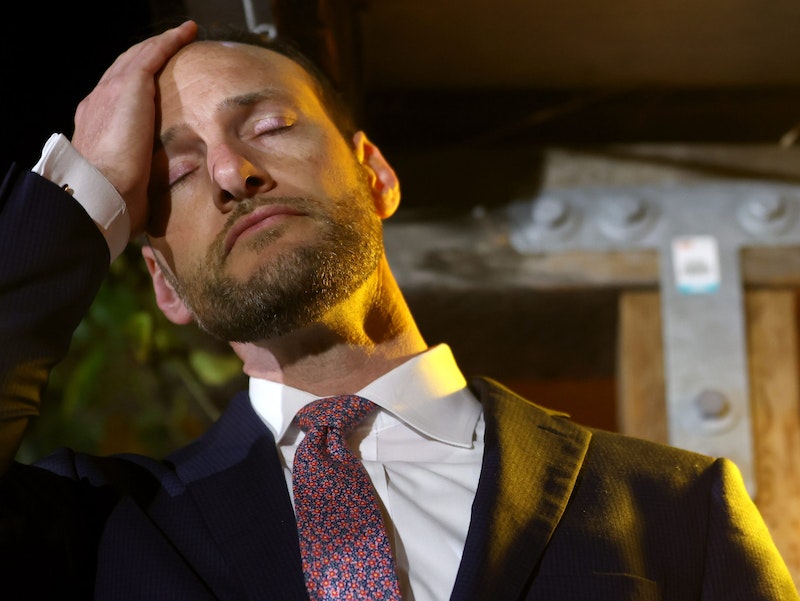 The New York Times headline on the news from San Francisco read: "Chesa Boudin, San Francisco’s progressive district attorney, was ousted by voters who grew agitated by persistent property crimes." The voters in that city once thought it was a good idea to put law enforcement in the hands of a soft-on-crime son of two domestic terrorists (his parents, Weather Underground members, were convicted of murder in 1981 after participating in an armed heist of an armored car), but were rewarded for their "idealism" by rampant crime on streets littered with hypodermic needles and human waste.

Emblematic of the chaos the "well-meaning" socialist D.A. brought to San Francisco is the May 24 dognapping of a tourist couple's Chihuahua puppy near Fisherman's Wharf, in what's called a "smash and grab," a popular crime technique in San Francisco involving breaking a vehicle's windows and grabbing everything of value inside. Earlier this year, a Southern California couple drove to the Bay Area and their cat was stolen from a garage in the Cow Hollow area. Under Chesa Boudin, the city's criminal element has felt comfortable committing crimes like these that cause great pain to their victims. He wants to end mass incarceration, which is a good idea when it comes to victimless crimes, but criminals targeting victims need the threat of incarceration to modify their behavior.

The story of the Boudin recall (which I predicted in a January piece) is closely tied to the recall of three San Francisco Board Of Education commissioners earlier this year—an effort spearheaded by Chinese-American grassroots organizers. Under Boudin, that city saw a marked increase in attacks on Asians by black males, although the Democrats are desperate to make us believe that MAGA people are doing these crimes, despite a total lack of evidence. The D.A. showed little sympathy to the Asian community for the pain it endured (often to the elderly), and then he learned that payback's a bitch. Even George Soros couldn't help Boudin this time around.

Down in L.A., Karen Bass, a progressive black woman who was supposed to be a shoo-in in what turned out to be a low-voter-turnout Los Angeles mayoral election, got a surprise from billionaire real estate developer Rick Caruso, a former Republican who switched his voter registration to the Democratic Party just before the election. Caruso has said he wants to return the Democratic Party to "what it was 30 years ago," prompting this remark from late-night comedy host Trevor Noah: "Why do so many politicians want to go back in time, but never forward?" If the glib comedian could go back in time three decades and walk L.A.'s streets, he might get a few hints. On that trip, he'd also see a Democratic Party that never would’ve lost a presidential election to the likes of Donald Trump.

Wealthy, progressive celebrities like Trevor Noah are never going to understand why their favorite candidate might lose an election in November to a guy with a "tough on crime" message. Being tough on crime is antithetical to their social justice agenda. It's "fascistic." Their wealth makes them impervious to the street crime that most must contend with, and they have no understanding of those people, so they think that L.A. "going forward" on its present trajectory—rising crime and homelessness—is good.

On the East Coast, progressive mouthpiece, The Washington Post, finds itself mired in a dumb controversy that it brought upon itself. The Post suspended its reporter Dave Weigel for a month without pay for retweeting this "joke": "Every girl is bi. You just have to figure out if it’s polar or sexual." It's sophomoric, and not funny, but it's certainly not "sexist," which is what Weigel's being accused of. His colleague, Felicia Sonmez, who unsuccessfully sued her employer for allegedly blocking her from reporting on sexual harassment or misconduct after she publicly identified herself as a sexual assault victim, immediately came down hard on Weigel, even though he'd deleted the tweet and apologized. (Sonmez was fired by the Post on Thursday.) "Fantastic to work," the Harvard grad tweeted, "at a news outlet where retweets like this are allowed!" Sonmez, of course, would have no problem with a similar tweet aimed at "boys.”

Post reporter Jose Del Real criticized Sonmez for attacking Weigel on Twitter. "Felicia," he tweeted, "we all mess up from time to time. Engaging in repeated and targeted public harassment of a colleague is neither a good look nor is it particularly effective. It turns the language of inclusivity into clout chasing and bullying. I don’t think this is appropriate." Sonmez then flipped out and—once again—asked why the Post allowed such tweets, while accusing Del Real of misogyny. "Is this who we are?" is how she ended one of her petulant tweets.

But Del Real, another Harvard grad, knows how to play the victim game too. "As the only Mexican American reporter on national desk, I know the sting of discriminatory systems firsthand.” Later, the reporter added, "And for what it’s worth, I’m a gay Mexican American. You don’t need to educate me on being from a marginalized group."

And what is being a gay Mexican-American worth? It's hard to say, because calculating victimhood points is tricky. But it's worth something in a diversity nirvana like the Post. The newspaper deserves this silly high school drama being played out in public so everyone can see how it's devolved. Del Real has a posh education and a plum journalism job, but he knows the "sting" of discrimination. Sonmez has the same advantages, but whines about some gentle criticism.

Current progressivism's all about indiscriminately labeling political opponents as racists and sexists, so it's amusing when the diverse employees of a powerful progressive organization hurl those charges at each other. The Washington Post is at the center of this movement, thus it has not developed an immune system for when this malaise turns on its host. Now we can watch a once-respectable news company tear itself apart from within, and worry about who will save our democracy from the darkness.

This recent silliness is merely an embarrassment for the self-destructive progressive cause, but what just happened in San Francisco and Los Angeles is an ominous bellwether for Democrats in November. That party has embraced California-style, far-left politics, which is a reflection of the Party's donors, activists, and insiders rather than the views of rank-and-file party members. We'll see where that gets them.