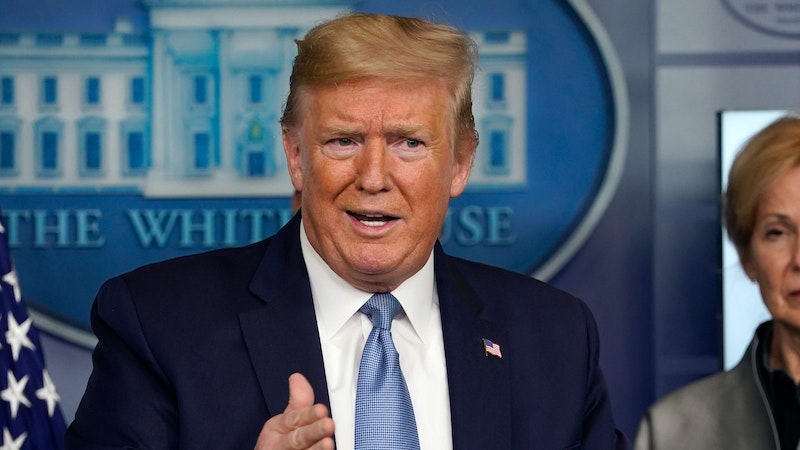 Things are bad enough. But Brown University has a history professor who’s extra-alarmed. “The playbook from the German fall of democracy in 1933 seems well in place, including rogue military factions, the destabilization of cities, etc.,” writes Michael Steinberg. Looking at the unidentified federal operatives busy in Portland, the professor sees “a kind of strategic experiment for fascism.” This is from an email that he wrote to Roger Cohen of The New York Times, who then quoted it in a column.

Personally I think the professor has a key element turned backward. “Strategic experiment for fascism”? The Portland outrages aren’t Donald Trump figuring out how to do fascism so he can do more fascism. They’re Trump getting in what little fascism he can before the walls collapse. If America has a real election, Trump loses. And if America doesn’t have a real election, it’ll be for some other reason than Trump playing Lord Iron Hand. He’ll be a big factor, but mainly as a contributor of mess and irresponsibility. At the root of the disaster will be this: America, that tangle-footed guck, managed to screw itself yet again.

The professor should look at Lafayette Square and the events of June 1. Trump wanted soldiers on the streets and what he got was an outing with assorted federal personnel. These came to a few hundred people, largely scraped from the Park Police, Secret Service, and National Guard. A month later Trump was back, this time with heavily armed members of ICE, Border Patrol, and the US Marshalls. He hustled them into Portland by means of some legal hot-wiring, and there they’ve been grabbing citizens as local government objects. This has become a national scandal, and it should be, but we’re still talking about a force in the hundreds. There’s a ceiling to Trump’s fascism.

The professor speaks of “rogue military factions.” But these fellows aren’t military, they’re just dressed that way. Trump staged his June 1 photo-op because the generals wouldn’t let him have a real crackdown. Since then Trump’s men have become better at assembling muscle from the executive branch. But the regime doesn’t have any divisions behind it. Nor does Trump have any brownshirts. The professor speaks of 1933, but for that to make sense Bikers for Trump would need to enroll at least 3.5 million people, and they’d need years of intensive experience in busting heads. I don’t think 3.5 million Trump supporters would get up to look for the remote. (Germany’s population was a fifth of what America’s population is now, and brownshirt membership stood at 750,000-plus right before the Nazis seized power.)

I can be as serious as Professor Steinberg. A fascist-minded president does harm: by violating and mistreating people, and by bringing a poison into our civic life. America has done itself damage by putting this man where he is, and the damage includes our disgrace before other democracies. The professor’s right to be alarmed. But he should still know what he’s talking about.