Keeping Up with the Maxwells

Rarely in history have a father and daughter been at the center of such enormous and separate controversies. 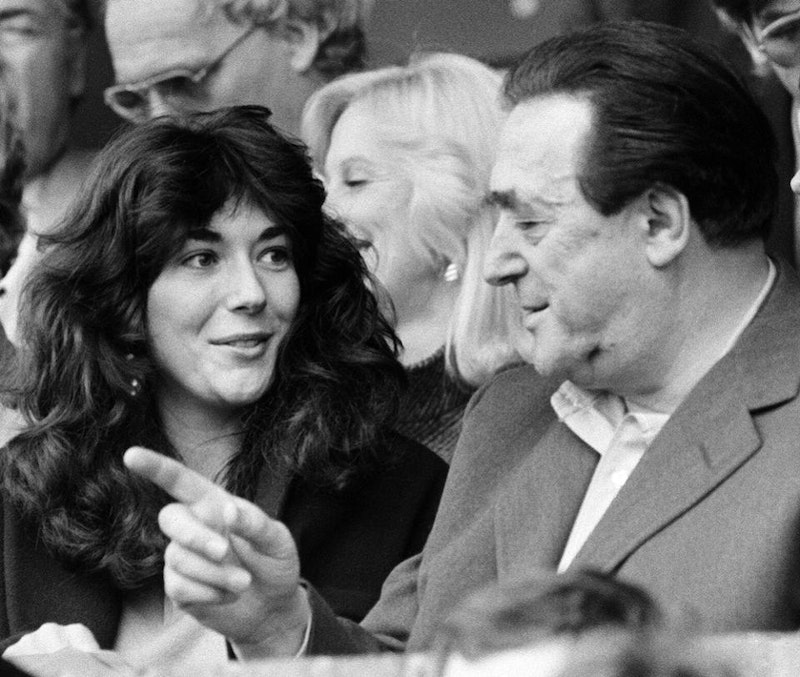 Ghislaine Maxwell has gone from living on a posh New Hampshire estate to inhabiting a jail cell in the Metropolitan Detention Center in Brooklyn. President Trump has wished her well, which is probably little consolation unless he's dog-whistling a future pardon. While the sordid details of her alleged procurement of minors to feed the insatiable lust of deceased serial pedophile Jeffrey Epstein are well-known, few Americans are aware of the dark details of her family history in the UK that, at one point, were splashed all over the front pages of every major newspaper in the world.

Ghislaine, 58, is the ninth and youngest child of the late media mogul Robert Maxwell (born in 1923 as Ján Ludvík Hyman Binyamin Hoch), who was once a towering presence in British national life. But that all ended suddenly when Maxwell, 68, drowned in 1991 after a mysterious fall from the deck of his 180-foot yacht, Lady Ghislaine, off the Canary Islands. Murder and suicide were both suspected, although a heart attack was listed as the official cause of death. There were rumors that Mossad, the Israeli intelligence service that Maxwell was long rumored to have worked for, killed him, although the consensus is that while urinating off his boat's deck in the early hours of the morning, he fell overboard.

Maxwell's sprawling business empire was in disarray by the time he died, but he was once a big cheese. He'd long been a larger-than-life figure whose life read like a novel. His family was Jewish, and Robert lost his parents and four siblings to the Holocaust. After arriving in Great Britain as a teenager after fleeing the Nazi occupation of Czechoslovakia in 1923, he became a decorated war hero in World War II fighting the Nazis in the British army. He went on to amass a fortune building a business empire that would eventually include the New York Daily News, the Mirror Group Newspapers (six newspapers), American publishing giant Macmillan, and the Berlitz language schools.

Ghislaine was raised cowering in the shadow of her overbearing, and often vicious father, but she was considered the favorite of Maxwell's nine children. Robert was said to have regularly humiliated his children, even in public, but Ghislaine's adoration was resolute. She was "daddy's little girl" who'd always refer to her father as "my daddy."

Via Jeffrey Epstein, Ghislaine has a connection to Donald Trump, a boor who shares an uncanny number of common traits with her boorish father, including corporeal bulk, tremendous vanity (both had a phobia about any gray hair showing), and a bullying, litigious nature. Maxwell once interviewed Romanian dictator Nicolae Ceaușescu, a sociopath, and asked him why he was so popular with the Romanian people. Maxwell, like Trump, was susceptible to flattery and demanded absolute loyalty from those around him.

But Robert Maxwell was willing to do much more than just stretch the law. He was hailed when he acquired the New York Daily News in March, 1991. The tabloid had just endured a five-month strike that had nearly destroyed it. But Maxwell was just using the newspaper to prop up his faltering global publishing empire. After his death, nine months after the Daily News purchase, U.S. bankruptcy judge Tina Brozman concluded that Maxwell had purchased the newspaper to use it as a money-laundering device. The corrupt press baron would siphon money from his other companies and their pension funds and funnel it to the Daily News through its parent company, Maxwell Newspapers. The cash―$238 million, in total―would reside only briefly at the Daily News before being transferred to hundreds of other Maxwell-controlled companies in Europe that were bound together in a labyrinthine legal web that only Robert Maxwell could decipher.

Maxwell's flamboyant lifestyle—the helicopters, the private jets, the yacht, the caviar and champagne—was an artifice that obscured a rash of bad business decisions. By 1990, he was out of cash. In response, he engineered one of the greatest, cruelest frauds in the history of commerce. He began shunting cash between his various enterprises and changing the dates on which they reported earnings in order to fool auditors by giving them the false impression of profitability. Maxwell desperately needed the stock price of Maxwell Communications propped up to guarantee the bank loans he required. When this scam fell short, he went into full "tilt" mode—and this wouldn't come out until after his death—looting $500 million from the Daily Mirror pension fund in order to bail out failing companies in his 400-firm empire.

Just like Jeffrey Epstein, had Maxwell lived he'd have taken down many powerful people with him. When the theft was discovered, Maxwell's reputation went from hard-charging, charismatic captain of industry to fraudster overnight. One day he was Citizen Kane, the next day he was Bernie Madoff.

In the documentary Robert Maxwell—The Downfall, there's some chilling footage of Maxwell addressing everyone participating in his pension fund, reassuring them with his baritone voice and posh accent that they should leave their money in it. As always, he was the consummate actor. With his sub rosa connections in London, Tel Aviv and Moscow (there's evidence he was a KGB asset), Maxwell was the perfect John le Carré villain.

Perhaps it was Maxwell's obsession with his rival, media mogul Rupert Murdoch that pushed him over the edge. But he lacked Murdoch's editorial savvy and discipline to keep up with him. Robert Maxwell was brought down by his monstrous ego and an aquisitive madness that compelled him to steal his own employees' retirement funds. Ghislaine Maxwell, still acting like Daddy's little girl instead of learning from her father's phony, destructive life, chose to seek out another monstrous narcissist to provide for her emotional and financial needs.

Ghislaine Maxwell's trial, if she lives, will be be the spectacular drama full of sordid details that her father's trial would’ve been. Rarely in history have a father and a child been at the center of separate controversies of such magnitude.