Hardly a surprise, but still frustrating. 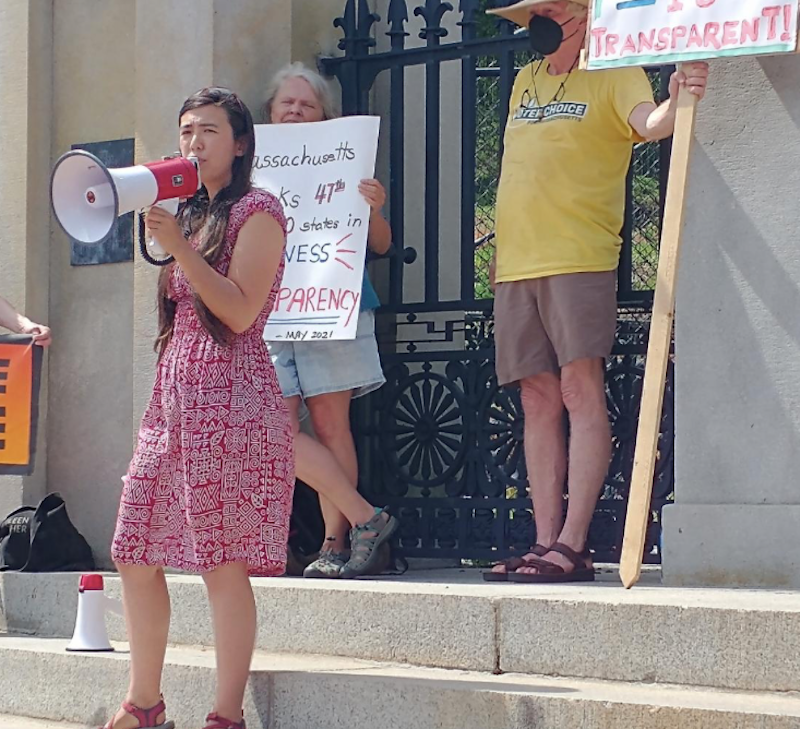 Massachusetts politicians have an opportunity to listen to voters this November. But they won’t. The progressive organization Act on Mass has organized non-binding referenda in 20 of the 160 districts in the Massachusetts House of Representatives. The referenda will ask voters their thoughts on transparency. A non-binding referendum ballot question doesn’t change the law. However, it serves as a public opinion poll and instructs elected officials on how to vote on a specific issue. The question on the ballot will ask if voters want their representatives to support “changes to the applicable House of Representatives rules to make each Legislator’s vote in that body’s Legislative committees publicly available on the Legislature’s website,” according to State House News Service.

It should be an easy yes vote for almost anyone who reads the question. Should committee votes in the state legislature be made public, or should the state allow legislators to kill bills in secret? Keeping the public uninformed on committee votes serves one constituency: the people in power. They can avoid going on the record on issues that they don’t want to touch, and politicians can pretend to support things while simultaneously voting to kill bills that would do what they claim to support.

People should ask: what do these people have to hide? What don’t they want the public to know? It’s a representative form of government. We’re supposed to elect people who serve their constituents and vote on their behalf. Every vote they take should be public. Non-binding referenda won’t change their minds, either. It’s been done before, and lawmakers ignored the result.

In 2020, transparency advocates put similar non-binding referenda on the ballot in 16 (all Democratic districts) of the 160 House districts. The yes side won, earning at least 80 percent of the vote in each district. Yet, the Massachusetts House of Representatives overwhelmingly rejected transparency measures when setting its joint rules in January 2021. The House rejected an amendment on a 36-122 vote from state representative Erika Uyterhoeven (D-Somerville). It would’ve made committee votes public, required a week of notice ahead of hearings, and made all public testimony on legislation available to the public (upon request). Only eight Democratic state representatives voted for it, including Uyterhoeven, who founded Act on Mass.

It’s worth noting that Uyterhoeven is a self-described democratic socialist, so she’s not part of the Democratic establishment. I’ve no idea if the Massachusetts Attorney’s General office would approve a binding statewide ballot question to make committee votes public, but it sounds like a great idea. If legislators want to keep secrets, that’s a problem. Since most people run for re-election unopposed in the Commonwealth and there are few competitive state legislative races, someone needs to hold politicians accountable. The liberal media probably won’t, nor will the threat of being unseated by someone else.

For example, the district represented by House Speaker Ron Mariano (D-Quincy) is one where this non-binding referendum will be on the ballot. It’ll pass overwhelmingly, but will he care? No. No one can take him down, and people who work at the State House have told me that leadership is “vindictive,” so nobody wants to challenge or get on their bad side. That’s how people lose spots on committees or see bills with plenty of support never come up for a vote. Politics is just as corrupt as the public thinks. And the odds of completely fixing the broken system are hopeless.