They could make a difference in Georgia, Arizona, Pennsylvania and New Hampshire. 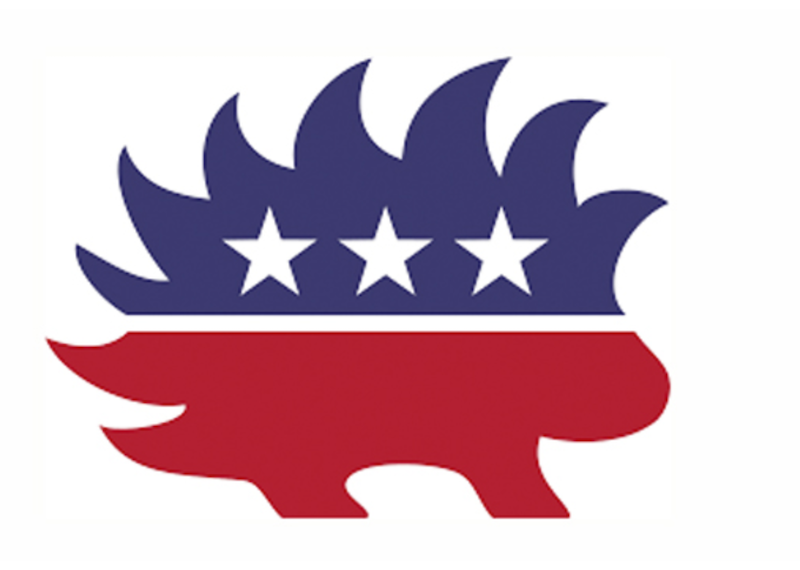 Why does the Democratic Party currently have a majority in the United States Senate? The biggest factor is someone with little name recognition. People can blame Donald Trump and the aftermath of the 2020 presidential election for Republicans not showing up and voting in the January 2021 Georgia runoff elections. However, the most overlooked reason why the Republican Party lacks a majority in the U.S. Senate is one possible reason why it might not win it again this fall: Libertarian Party spoiler candidates.

Republican David Perdue lost his re-election bid in 2020-2021. Georgia has a runoff voting system where because no one candidate got at least 50 percent of the vote, it held a runoff election—which Democrat Jon Ossoff won. Yet, under standard rules, Perdue won the first-round election. He received 49.73 percent of the vote; Ossoff 47.95 percent. Meanwhile, Shane Hazel, the Libertarian Party candidate tallied 2.32 percent. Perdue only needed a 0.27 percent higher vote share to win this election outright, so he could’ve won if there was no Hazel in the race.

Republicans don’t own the Libertarian Party vote. Some would’ve voted Republican, others Democratic, and others would’ve stayed home. However, given that the Libertarian Party is arguably a right-of-center party in the United States (supports free markets, low taxes, and dismantling the welfare state), it has more appeal to right-wingers than liberals. So if that never happened, Perdue would have a U.S. Senate seat until 2026, and Republicans would be going into this election with a 51-49 majority. Instead, the Democratic Party has a 50-50 majority (with Vice President Kamala Harris serving as the tiebreaker), so Republicans need a net gain of one seat to earn a majority.

The Libertarian Party will have candidates on the ballot in what could be four competitive states for the Republican Party: Arizona, Georgia, Pennsylvania, and New Hampshire. These are also the states where Republicans are running some of their weakest U.S. Senate candidates: Blake Masters in Arizona, Herschel Walker in Georgia, Mehmet Oz in Pennsylvania, and Don Bolduc in New Hampshire. A poll conducted by OH Predictive Insights after a televised Arizona U.S. Senate debate found Libertarian Party candidate Marc Victor polling at 15 percent; this was up nine points from the last time the pollster evaluated this race. Even six percent of the vote going to a Libertarian Party candidate in a tight race could hurt the Republican. While Democratic Sen. Mark Kelly led Republican venture capitalist Masters 46-33 percent in that poll, Victor’s support was notable. He got much of it from Kari Lake supporters. The poll found that 27 percent of those backing the Republican gubernatorial candidate planned to support Victor.

Meanwhile, a poll last week conducted by the right-leaning The Trafalgar Group, had incumbent Georgia Democratic Sen. Raphael Warnock up one point over Herschel Walker (46-45 percent). The same poll showed Libertarian Party candidate Chase Oliver at four percent. In a race that close, the Libertarian could be a difference-maker. And while New Hampshire is now a Democratic-leaning state (federally), it already saw the third-party spoiler problem play out for its Republican U.S. Senate candidate in 2016.

My New Hampshire prediction is that incumbent Democrat Maggie Hassan will win an outright majority in the race against U.S. Army veteran Don Bolduc, a pro-Trump candidate, who has pushed some conspiracy theories. Hassan is a strong candidate. She served two terms as New Hampshire’s governor and defeated a sitting U.S. Senator in 2016. However, the victory over Republican Kelly Ayotte may have been thanks to two spoiler candidates. Hassan won the 2016 Senate race 47.98-47.84% (1017 votes), while the two third-party candidates got more than 30,000 votes combined. One was Aaron Day, a right-wing libertarian independent, and the other Brian Chabot, the Libertarian Party candidate. These two candidates received a combined 4.1 percent of the vote. That’s enough to make a difference in a tight race.

If the 2016 U.S. Senate race in New Hampshire was a head-to-head race, we may live in a country where Republicans currently have a 52-48 Senate majority. If that happened, an incumbent Ayotte could be seeking re-election instead of Hassan. And the country would probably be facing less Bidenflation.