Deconstructing Karen is a confused and misguided political film. 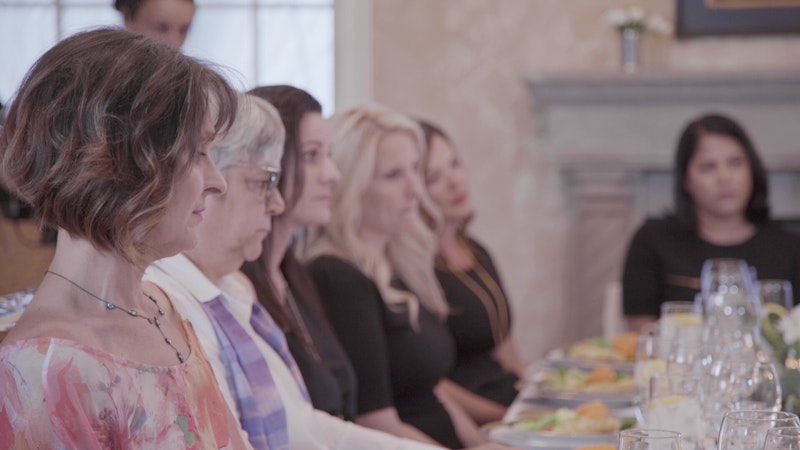 I don't think any statistic in the last decade has been abused more than "53 percent of white women voted for Donald Trump in 2016." The stat is… probably not true. It's based on the results of one exit poll, days after that election, with a margin for error, about a demographic consisting of over 100 million people. It's nevertheless led to shortsighted political analysis, such as the idea that the Democrats should stop trying altogether to gain white women's votes. Or this post-2020 piece, which treats "white women" and "suburban wine moms" as if they're all the same demographic. Fifty-three percent is only 53 percent. Margins matter, and if the Democrats are able to move the votes of white women by a fraction of a percentage point—which appears to be exactly what happened in 2020—that might make the difference between winning and losing a presidential election.

The rise of the 53percentism, along with the arrival of the "Karen" genre of viral video, therefore led to a great deal of collective, generalized anger at white women. And it must be emphasized that some of the vilification of white women has come from sexist men who’ve always wanted to hate women in general, but realized they could suddenly get away with it by adding the modifier "white."

This tendency was perhaps taken to its greatest extreme with Race2Dinner. The brainchild of sometime Colorado political candidate Saira Sameera Rao and her partner Regina Jackson, Race2Dinner was founded in 2019. It involves groups of wealthy white women inviting Jackson and Rao to their homes, and paying hundreds or thousands of dollars for the two women to confront them about their racism. Specifically targeted in the dinners are not conservatives or Trump voters, but rather those who identify as liberals and Democrats.

If, before now, you had heard of Race2Dinner, it may have been from somebody making fun of it. The project has been a subject of conservative and social media mockery for three years, although it's also been covered by New York, The Guardian, and The Today Show. These depictions have sometimes portrayed Rao and Jackson as grifters, taking advantage of the racial guilt of liberal white women with money to burn. There’s a new documentary called Deconstructing Karen. Directed by Patty Ivins Specht, Deconstructing Karen tells the story of the Race2Dinner enterprise and shows one of the dinners. It's done with the cooperation of the organizers while granting them every benefit of the doubt.

The film, which aired on Canadian TV last week and recently had its U.S. premiere at the Mill Valley Film Festival, is fascinating, although Ziwe Fumudoh's Baited with ZiweInstagram show, later adapted to the Showtime series Ziwe, is a better-executed version of this particular subgenre. Race2Dinner, as shown in the film, resembles a conservative's imagination of what they think "critical race theory" is, more resembling a hazing ritual than the type of dialogue one might associate with reconciliation and understanding. There's a lot of racial and gender essentialism, with various toxic behaviors attributed to white women as a group.

The assembled women, most of whom look like they could be Real Housewives cast members, are asked loaded questions about race that don't have right answers; predictably, they don't answer them well. When a woman reacts in shock to a story of one of the organizers treated in a racist manner, she's told that doing so is wrong. Anyone who cries is asked to leave the room.

A lot of right-wing people like to quote Martin Luther King's "four little children will one day live in a nation where they will not be judged by the color of their skin but by the content of their character," while throwing out the entirety of everything else King ever said. There's a similar left-wing tendency to cite King's "I have been gravely disappointed with the white moderate." We get that in Deconstructing Karen, along with references to, essentially, every bad act by white women in American history, up to and including the murder of Emmitt Till and the Tulsa riots. Not to mention, every significant "Karen" viral video between 2019 and 2021.

This raises a question: Aren't "Karens" the sort of ladies who yell at people in public because they're Black, or unfairly call the cops on someone barbecuing in the wrong part of a park? I wouldn't associate that term with women who’ve chosen of their own volition to participate in an anti-racism exercise, much less paid a large amount of money to do so. I believe that the post-Floyd racial reckoning was necessary for the country, and that historical white supremacy casts a shadow. And uncomfortable discussions about racism are necessary.

That said, I don't see how sitting a bunch of potentially sympathetic people down, telling them that they're terrible and part of the problem, with the idea of badgering them until they bend the knee, is a path to justice and meaningful social change. Thought-provoking as the film is, it shows the limits of what this type of brute-force political organizing can accomplish