What would Christ say about the homeless individuals who camped outside Portland’s Sanctuary of Our Sorrowful Mother? 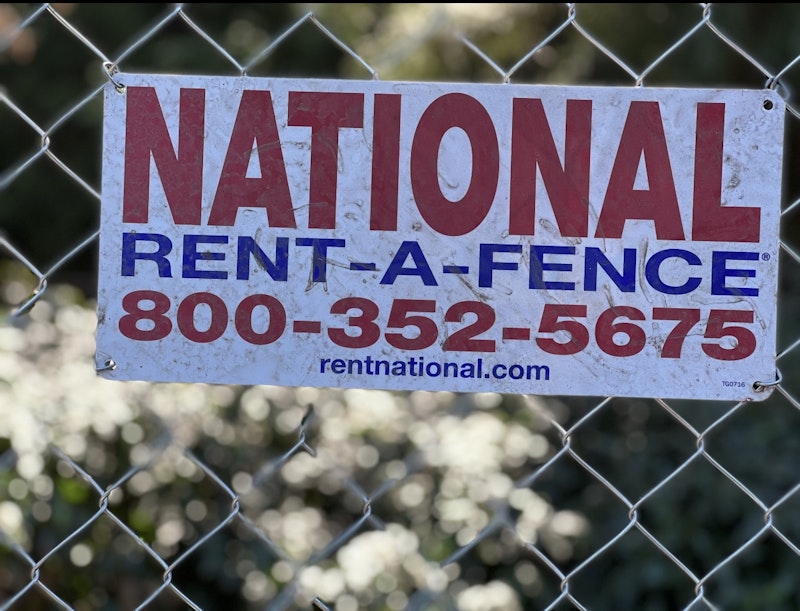 The situation presented a dilemma for a world-renowned Catholic sanctuary that’s approaching its 2024 centennial celebration. A swath of Portland’s ever-expanding homeless population had set up camp on a wide shoulder adjacent to The Grotto’s large parking lot. Tent after shed after tarpaulin appeared over a course of months, with decrepit automobiles and recreational vehicles soon to follow.

For the landmark sanctuary of a religious denomination which holds the poor and downtrodden up as a segment of humanity for which empathy, assistance, and justice must always be paramount in prayer and action, what to do? The answer came after the shrine’s public restrooms became shooting galleries. After gift shop workers were advised to look for shoplifters. After the scent of massive redwoods on the property was tainted with the smell of human feces. After pine needles became hypodermic needles. The encampment was cleared, the grounds cleaned up, and a fence erected that precluded the possibility of any of Portland’s thousands of homeless to squat near the site.

Grotto Executive Director Chris Blanchard admits he was “torn” by the decision to seek help from a city already besieged by requests from residential neighborhoods and businesses to remove garbage-strewn encampments that plague every quadrant of Portland. Blanchard affirms, in a story from ABC affiliate KATU, that several visitors to the shrine, which attracts people of all faiths and from all over the world, told him that “they would not be coming back.” The story gained traction in local media due to the high profile of The Grotto, dedicated in 1924. But the conundrum faced by sanctuary management is also compelling for the simple reason of its irony.

A lyric from “Alleluia Raise the Gospel,” a hymn often sung at the close of mass, which admonishes those who have risen to lofty heights in the earthly realm, illustrates the irony of a capital-C church cleansing its temple of the dregs of society:

Tremble, when you meet the poor and see Christ in their eyes.

The irony’s diluted when the reality of the homeless population is examined. With a few exceptions, these aren’t people simply down on their economic luck. They’re not the textbook “poor,” the care of whom Catholicism has made a cornerstone tenet of the faith.

The homeless, in an overwhelming number of cases, are addicts. With no real income, notwithstanding nonprofit organizations that seek to provide the drugs they’re addicted to, they often turn to crime. When offered shelter, even during the most extreme weather events, they decline help because they know they won’t be able to freely fix under the philanthropic awning.

Another segment of the homeless that The Grotto was finally forced to clear away are people who have mental illnesses that in a sane society would require them to be confined to an institution where they’dreceive professional psychiatric care and medication.

Even more than the addicts, these individuals are often dangerous. In one anecdotal example from 2022, a woman participating in a drum circle near a Portland encampment was stabbed in the back by a homeless man, and died at the scene. Mix drugs with mental illness and you’ve got a psychological tinderbox.

Jesus Christ called upon humankind to show compassion to those oppressed, persecuted, despised, discriminated against, and consigned to poverty and want through no fault of their own. What would Christ say about the homeless individuals who camped outside Portland’s Sanctuary of Our Sorrowful Mother? One can surmise that He would counsel compassion, and seek to alleviate their suffering.

But just as He cleansed the temple of the moneychangers, it can be conjectured that Christ would also lament the sins of the homeless, their acts of aggression, self-destructive addictions, and anti-social refusal to accept the help on offer from benevolent, productive members of society.

Catholics can pray for these afflicted people, while acknowledging that Grotto decisionmakers were justified, both managerially and theologically, in clearing the camp.

There’s another story here, that of Portland’s one-party leftist government’s failure to effectively address the city’s pernicious homeless problem. It’s a story that’sreported on every day in the Portland media. A story that’s almost as appalling as the suffering on the streets.