Benghazi vs. Iran-contra in the Noonan mythos. 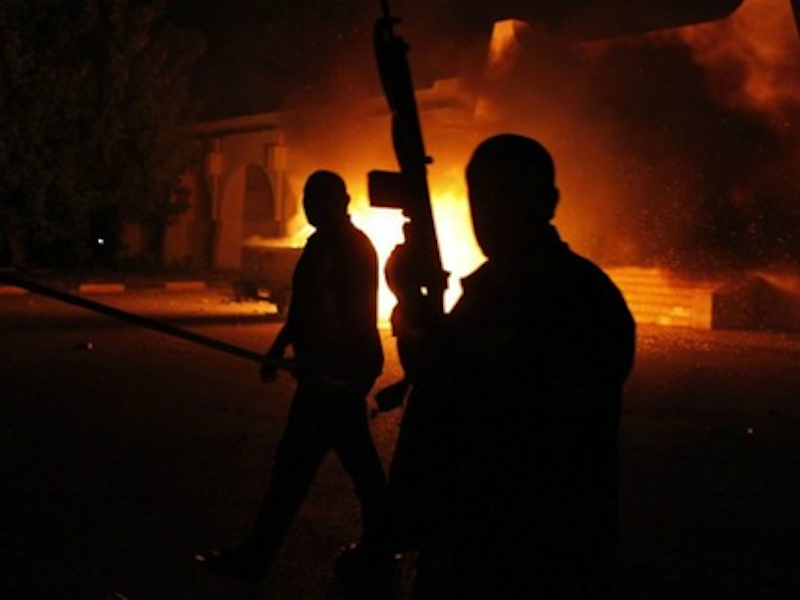 “All involved were trying—sometimes stupidly, almost childishly—to save lives, and perhaps establish a new opening with Iran.” That's Peggy Noonan in a recent Wall Street Journal column, summing up the Iran-contra scandal. The sentence comes 146 words after this bit of the column: “profits from the arms sales had been illegally funneled to the Nicaraguan Contras, who were fighting the communist Sandinista government.” The contras shot up villages full of the wrong sort of men, women and children. Ronald Reagan and his team were stupidly, almost childishly, funding terrorists.

Noonan doesn't mention this, or that it was against the law for the U.S. government to spend any money at all in support of the contras, or that Reagan told his team to find a way to fund them without letting him know, or that he then pretended to the public that he’d never said any such thing and that everything was a big surprise to him. Noonan lists all the officials who had to take the last dive because of how they screwed up in Iran-contra, but she doesn't quite register that they had to go because they screwed up so epically, not because the Gipper had extra patriotism genes that manifested themselves in this situation by firing people. She wants to hold Barack Obama to account for Benghazi, but all she can find to complain about are emails on what talking points to use while on the air. If there isn't a mass exodus of top people, that's because emails about spin are not a reason for top people to leave.

She does drop a couple of truths about Republican congressman. They're lazy and therefore ignorant: “They’re happy to hold hearings, as parties out of power are, but members frequently don’t prepare, dig into the material, know what to look for.” And they have an incentive to act like clowns: “Sometimes they just compete with each other for Most Fiery Moment, which might get them a six minute pop on 'Hannity.'” In fact, Noonan is worried about how the Benghazi hearings may turn out. The congressmen may act “unseriously and cynically,” she says, the hearings may be “a GOP humiliation” just because the public gets a look at the bozos being bozos. She can only hope the fellows will hold it together and behave themselves. “We are about to find out if Republican congressmen can be mature,” she writes with a quizzical tuck to her lip. The sentence comes 267 words after she refers to “the president’s inability to work legislatively with Republicans.” Maybe the President isn't the problem.

Noonan writes that “Big Media” wants to treat Benghazi as nothing special because they missed the story and are now embarrassed. This is 580 words before describing how the big dailies and the networks jumped on Iran-contra after they'd been scooped by a magazine in Beirut. Noonan intimates that the media, despite being scooped, actually decided to pump up the scandal. Her evidence is that a reporter who covered Iran-contra (“toughly covered” it) wrote in his memoirs that he thought comparisons of the mess to Watergate “didn’t hold up when looked at in light of the motives.” It's hard to say exactly why that quote supports her cause, but notice the mention of Watergate. She accepts that it's the touchstone scandal, the one recognized by everyone as nasty and grave, a real transgression. At the time Republicans said Watergate was a minor business, nothing really, and that the media was playing it up to get Nixon.

They don't say that now, or not where anybody can hear—the verdict of history is in. Noonan is hoping for a similar verdict on Benghazi. She tells us that she wants political players in future crises to say to each other, “Don’t—that’s Benghazi,” meaning (in her words) “Don’t lie and mislead, it will hurt us.” I see a different future, perhaps a more probable one. Republicans get bit in the ass by their latest disaster and reach for a catchy term known by one and all to be a synonym for useless fuss and exaggerated outrage. It's all a big Benghazi ginned up by their enemies in the media, they'll say.

Noonan, shaking her head sadly, winds up her tour of Reagan's crisis versus Obama's crisis by observing, “That’s how patriots, not punks, deal with scandals.” You may ask how patriots dealt with 241 members of the U.S. military getting blown up by a truck full of terrorist explosives. But Reagan's dead Marines never get mentioned in her column. They're something patriots don't think about.