An Author Plays the Short Con

Karl Taro Greenfeld dons a disguise of the “ordinary American.” 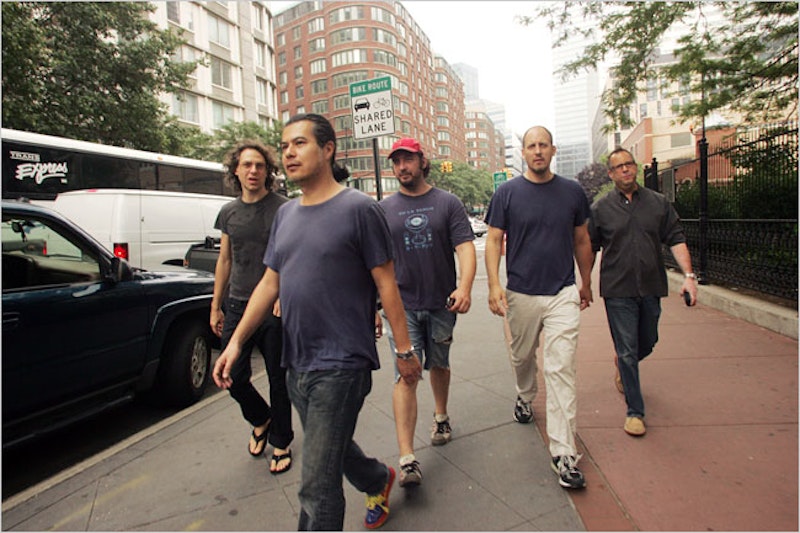 I’m always cautious upon reading a New York Times article for fear that it’s tongue-in-cheek—editorials, the entire “Styles” section, op-eds from Charles Blow, Gail Collins and David Brooks—and will be a waste of time. That’s daunting enough: what’s worse is when a Times writer, or contributor (and Dr. Paul “1 percent” Krugman is the worst offender), assumes the identity of the “average American,” to show he or she “is one of us,” you know, one of the proles. It’s offensive, fraudulent and on the rise as the Times sinks and sinks and sinks… into irrelevancy.

The latest culprit is the accomplished author/journalist Karl Taro Greenfeld, whose May 25th “Sunday Review” headliner “Faking Cultural Literacy” was an ersatz confession that he too, along with millions of Americans, merely skims Twitter/Facebook feeds about popular culture or politics so that he can converse, however shallowly, with colleagues or cocktail party guests about the latest Mad Men episode or celebrity marriage/suicide/arrest. An example: “Is Pope Francis a postmodern pontiff? I’ve never listened to one of his homilies nor watched his recent ’60 Minutes’ appearance, but I’ve seen plenty of his @Pontiflex tweets retweeted, so I’m ready to say his position on inequality and social justice is remarkably progressive.”

Greenfeld, born in 1964, is far from a cultural slacker: he’s the author of seven books, with another on the way, a well-published writer of fiction and non-fiction for a slew of periodicals, a graduate of Sarah Lawrence and has lived in Paris, Hong Kong, Tokyo (he was born in Japan) and New York. He’s obviously well-read and informed, yet either in a bout of insecurity or simply pranking it up, he writes, “We come perilously close to performing a pastiche of knowledgeability that is really a new model of know-nothingness.” I’m certain in his first draft of the article—unless he texted it to the Times in the space of 20 minutes—there was a Tea Party/Southern redneck/John Boehner joke in there, but he demurred. Wouldn’t want to lay it on too thick.

At 58, my professional resume, while impressive to family and a few friends, is wafer-thin compared to Greenfeld’s, yet I have no impulse or desire to hold forth on subjects that I’m unfamiliar with. Unlike Greenfeld’s specious claim, I do read articles in magazines and newspapers, not just skimming headlines to fit in at the water cooler. If I’m in a cab and the driver is chatty about the Ravens or Patriots, I’ll admit to embellishing my knowledge and can usually keep up the subterfuge for the duration of the ride. Oh, and once in 12th grade, flirting with a brainy girl, I went too far in buttressing my admiration for Ingmar Bergman. In today’s lingo, that didn’t end well, and I felt like a fool, an important lesson at 17. Otherwise, I’m a straight-arrow: if someone engages me about the Boston Red Sox, columns of The Wall Street Journal’s Dan Henninger or Bret Stephens, the TV show Girls or the potential candidates for the 2016 presidential election, I’m up to snuff. This isn’t braggadocio, simply the truth. And I suspect Greenfeld maintains a similar discipline, even if he’s pretending otherwise to mesh with the crowd.

Greenfeld’s point, even if he’s the 587th person to make it, is that technology, specifically social media, has forever altered the landscape of casual conversation. Fair enough: the skimming-the-surface of news that’s become the norm is troubling to writers or any person who’s takes an active interest in current events. Yet Greenfeld, again, feels the need to condescend to the masses. His conclusion: “So here we are, desperately paddling, making observations about pop culture memes, because to admit that we’ve fallen behind, that we don’t know what anyone is talking about, that we have nothing to say about each passing blip on the screen, is to be dead.”

It’s an obnoxious sentence, one that only furthers my belief that The New York Times—a company that must’ve shed a restaurant full of editors and researchers in the dead of the night—is completely unprepared in its quixotic quest to remain “the paper of record.”