Panic in the Beltway

Media begins to show signs of distress as Sanders and Warren grow in popularity. 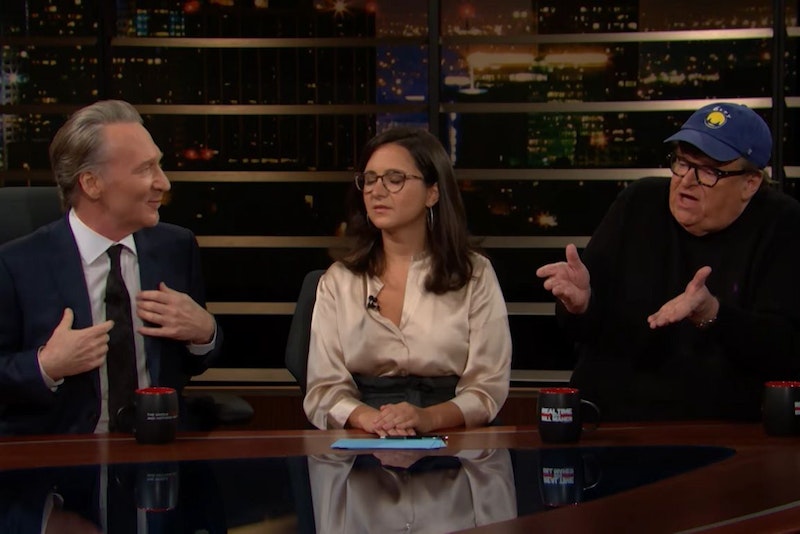 With more than three months before the first Democratic primary, the typical American voter is just beginning to tune in. Superficial, ephemeral, “I just have a feeling about” sorts of sentiments abound, mostly, in my experience relating to Bernie Sanders and Elizabeth Warren. (I'm sorry for anyone who has to deal with Biden partisans or fans of the also-rans). I'm a Sanders supporter and so are most of my friends, but Warren isn't as uninspiring and uncharismatic as Hillary Clinton, and policy-wise she's closer to Sanders (this gets overestimated though: Warren's Medicare for All plan doesn't cover mental health, and she's a hawk just like Clinton). But compared to every other waste of space on that debate stage last week, I suppose there are options for the left this time. Alarming news then: the most frequent refrain about Elizabeth Warren I’ve heard (all from women) is “I just don’t like her.” When pressed, there’s no answer, "just feels that way." Some of these people are for Sanders and have been since 2015, more still belong to the critical slice of “low-information undecided voters.” People...not necessarily like Ken Bone (who did he vote for?), but people who aren't paying attention yet and don't give any thought to it before election day. I haven’t met anyone with any “vague feelings” about Sanders—usually it’s the opposite. Hardcore Clinton supporters and centrist Democrats still hold a grudge against the senator for fucking their own election up.

The panic is setting in among the affluent, neoliberal media class. Presidential politics don’t have a material effect on them. Their preference for president is entirely aesthetic.  Look at last week’s “Overtime” segment from Real Time with Bill Maher. The panel is Maher, Bari Weiss, Michael Moore, Michael Steele, Fernand Amandi, and Krystal Ball. Only one question is asked, and it goes to Krystal Ball: “Do you think MSNBC, would help or hurt progressive causes?” To the shock of everyone but Moore, she says it’s “Overall, I think MSNBC in the Trump era has done real damage to the left.” Maher is incredulous, and they spend 11 minutes working through their issues.

Russia first: Ball criticizes MSNBC for overhyping and overemphasizing Robert Mueller’s investigation, and that “They went so far into the realm of conspiracy theorizing—” Maher cuts her off, pointing out, “It was a conspiracy.” They come to an agreement, agreeing that Mueller “shit the bed.” Here comes DNC shill Amandi, completely indignant: “‘Shit the bed’? He indicted the campaign manager, the deputy campaign manager…” Maher interrupts, again: “He sent a fucking memo!” But they move on. No one was satisfied with how Mueller’s investigation turned out, except Donald Trump.

Another question, this time to Amandi: “What’s the secret to winning Florida for the Democrats in 2020?” Again, he cuts Maher off: “Don’t run Bernie Sanders, who is a socialist!” Suddenly, Fox News doesn’t feel so far away. These are Republican talking points, and that’s what centrists reflexively resort to when their data-worshipping wonkery reveals Sanders to be the frontrunner in most key states. Steele, incredulous again, whines “But he’s not even a democrat!” Ball correctly points out that this is an advantage for millions of voters.

“What about Democrats?” asks Steele and Amandi. Well, what about them? They’re a dying breed. Joe Biden is a perfect embodiment of this collapse: doddering, dysfunctional, outdated, and moldy received wisdom. When Sanders pointed out during the debate that "we are spending twice as much per capita on health care as the Canadians or any other major country on Earth," all Biden could muster was, "This is America." So what? The economic populism of Sanders and Warren is a lot more popular than the media class thinks, and they’re just now beginning to realize that one of the two could actually get the nomination, and they’re freaking out. These are the people who will be negatively affected by Medicare for All. But as Moore and Ball emphasize, a healthcare system built on profit will always want to keep people sick. There will be no cure for cancer under free market capitalism.

I went through this miserable segment point by point because it’s a case study of illusions evaporating among the centrist/center-right media class. These people are just as worked up and delusional as birthers and Tea Party members in 2009. When Steele and Amandi point out that a presidential candidate needs the Hispanic vote in crucial states like Nevada and Texas, Ball and Moore counter that Sanders is topping multiple polls in both states, along with all of the Rust Belt states that cost Clinton the election in 2016. Collapsing arguments for “normalcy” all fall to the same place: “But he’s not even a Democrat!” The bathos here is as delicious as Ben Shapiro walking out of a BBC interview, or Curt Schilling reluctantly admitting that he doesn’t know what the word “defame” means.

Now the media class is panicking. These people do not represent America. They are the wealthy, neoliberal elite, and they’re now as out of touch as Glenn Beck and Rush Limbaugh. "You love to see it." 💅