You Shouldn’t Join The Climate Strike

There’s a disconnect between this failure to understand climate change, and the failure to take governmental action. 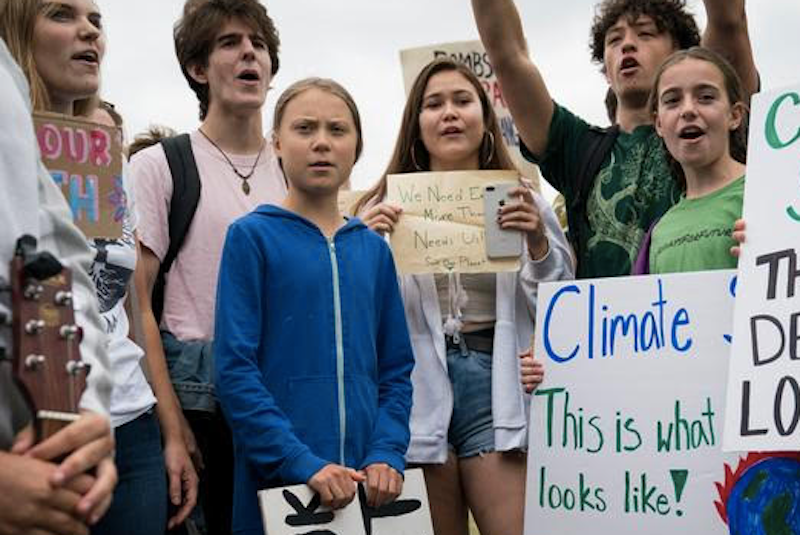 In 2018, Greta Thunberg began the “climate strike” movement by refusing to attend 9th grade until the Swedish government began taking constructive action to mitigate climate change, following guidelines set forth by the Paris Agreement. The next climate strike is set for September 20th. I urge you not to participate.

While it’s understandable that Thunberg is concerned about climate change, and laudable that she wants more action from her government, her behavior lacks the consistency and logic of the best civil disobedience. Our civilization has been sluggish to respond to climate change largely due to a lack of education about whether climate change is real, what its full consequences will be, and why its manifestations are so complex. There’s a disconnect between this failure to understand climate change, and the failure to take governmental action, and Thunberg’s chosen targets for her “climate strike”: our schools, where many students are receiving the best education they’ll get about what’s happening to the planet and why.

It’d be one thing if Thunberg were protesting a politically-motivated failure to provide such education. Then the schools would be a (somewhat) legitimate target, since they’d be the places where remediation might begin. But she’s protesting—or was initially protesting, anyway—Sweden’s environmental policies, which are neither decided by schoolchildren nor alterable in schools. Compare this to the strikes and teach-ins of the Berkeley Free Speech movement, which directly concerned the curricula offered on college campuses. Compare it to Thunberg’s supposed inspiration, the student strikes in Parkland, which were specifically designed to draw attention to the endangerment of schoolchildren due to existing U.S. gun laws. The climate strike isn’t a teach-in. It’s a pointless gesture that’s coasting on the supposed urgency and goodwill of everyone involved.

To imagine an analogous situation, you’d have to imagine people refusing to pay highway tolls for an entire day in order to protest fracking. You’d have to call for people to boycott football games until our national health care crisis is resolved. You’d have to try your best to dissuade anyone from eating dairy products on Thursdays until there’s more progress towards nuclear disarmament. The climate strike has done a lot to generate celebrity for Thunberg, but it hasn’t done anything to improve our global environment, and it isn’t going to do anything.

As a teacher, I appreciate the moral decision point that Thunberg’s movement imposes on each student: are you going to participate, or not? How can you justify non-participation if you’re truly concerned about what’s happening to our climate? In fact, I intend to make my students write about these very issues this week, before Friday rolls around. There’s a lot of benefit inherent in either rejecting Thunberg’s movement, in a thoughtful fashion, or else thinking clearly and concretely about the actions you plan to take while on strike.

Still, I can’t give Thunberg credit if those dominos fall. She’s not asking people to be more thoughtful about climate change; she’s simply imploring them not to go to school if they feel any sort of righteous panic. Some students will march and make themselves visible, but others will stay at home and play video games, and those others will still be counted as participants in an international movement. That’s wrong. So is the apotheosis of one Swedish child as a spokeswoman for scientific fact. Science belongs to everyone. It was a wonderful moment in Spider-Man: Into the Spider-verse when the mantle of “Spider-Man” was passed to all of us: “Anyone can wear the mask. You could wear the mask. If you didn’t know that before, I hope you do now.”

Can we say the same about the climate strike? Can anyone be Greta Thunberg? I wish the answer was yes, but real answer is, no thank you, we’ve already got one. And it’ll take a lot more than her to right this ship.