On the Wings of Alcoholic Angels

RQ helps John Boehner (a friend) ghost-write his memoir, On the Rocks. 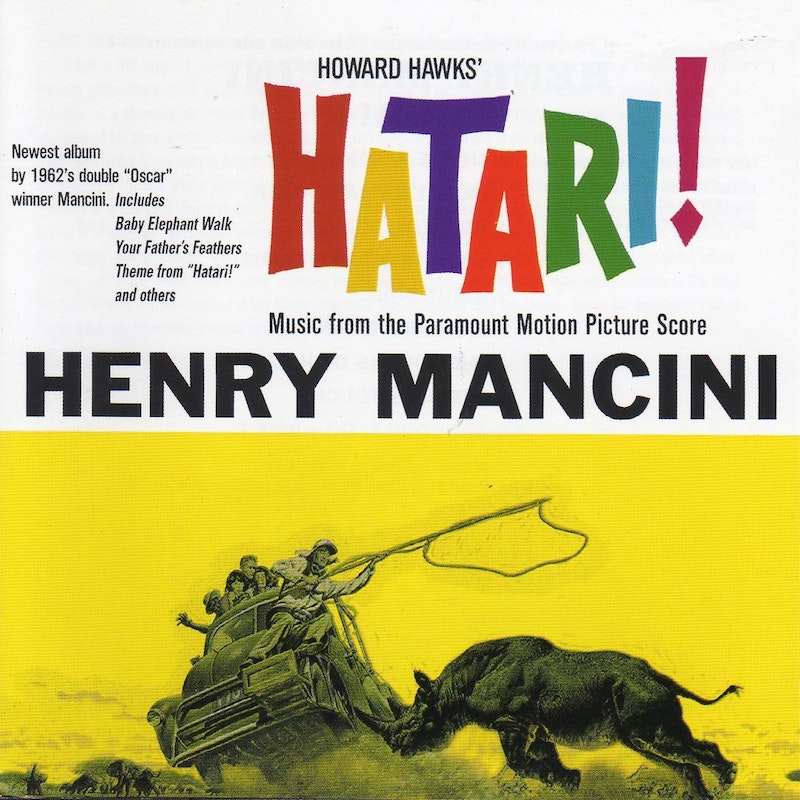 Did you know that Henry Mancini’s “Baby Elephant Walk” has been an American pop culture standard for nearly 60 years? It has no words, and a very simple melody that you’ve all heard before. Everyone knows the tune, but no one remembers where it came from: Howard Hawks’ 1962 boondoggle Hatari!, a two-and-a-half hour safari movie starring John Wayne, Red Buttons, and Gérard Blain. One would like to think the film is obscure for its repulsive and sadistic content, but no: it simply wasn’t funny enough. Hawks started filming in Africa without a completed screenplay, and most of the film consists of Wayne, Blaine, Elsa Martinelli, among others, wrestling and kidnapping “big game” animals like giraffes, zebras, and lions. It’s horrifying.

But then we have this song: “Baby Elephant Walk.” You could put this tune to anything and it’d sell, sell, sell all day. It’s benign but not banal, catchy without being annoying, and family friendly without being kid-exclusive. This one won’t wear on your ears. This is precisely why it’s an insidious artifact: the song plays at the end of the film, as a baby elephant that the murderers that star in this film have brought to Paris escapes and has their fun while they can checking out the cafes and the croissants and the bon femmes of gay France. However, as I recall, the baby elephant does not escape—no. He merely “walks,” and we have a song for that. Like a monkey injected with experimental cosmetics or a horse “destroyed” after stubbing its hoof, this elephant is for human entertainment exclusively. It’s a given that this elephant too was “destroyed” at some point during production.

This evil has not ended. Since I started writing for Splice Today over five years ago, I’ve detailed the abuses of mankind acted onto the bodies of animals. I’ve written about factory farming, recording sessions, film shoots, paramilitary gangs, presidential elections, Guantanamo Bay, and John Boehner’s id, ego, and super-ego. Speaking of which, remember 2016? Remember when Boehner and his pathetic friends kept coming to my family and me crying about how he was “going to be deported”? Well, I guess it never happened, because he has a new memoir out now. It’s called On the House: A Washington Memoir. It doesn’t come out in hardcover until April 2021, but no matter, because I have an exclusive. How, you ask? I ghost-wrote it.

“Rooster, please. Please. PLEASE! I need to get this done. Just do the hot rail and get to work.” I told the former Speaker that I hadn’t used methamphetamine in decades, but then he got angry, so I pretended to inhale the hot rail while he cackled maniacally in the background, distracted by a large television and a set of balloons. He was stone cold sober, just crazy. John Boehner misses being Speaker of the House. He misses crying in public and gaining sympathy from women and small children. He’s really a softie at heart, this guy. “Please make me look good,” he begged me, “Please don’t tell people how I really live.” I’m breaking my NDA because he never paid me for the work. I doubt this article will make it past content filters in the future, but for now, this is the truth of Boehner’s upcoming memoir.

“I’m going to dictate the entire book to you in one night.” I agreed to these terms, and I was excited: I hadn’t worked with this intensity of emotion since shadowing Fassbinder in Coburg in early 1978. I was one of the coke runners for the production, and it was my job to meet up with Harry Baer every morning and make it snow. That was mostly what I did—buy drugs. I didn’t learn anything about filmmaking in Germany, and I learned even less about politics in Washington, DC. “Rooster, I want you to begin with my journey to Guantanamo Bay…” I couldn’t speak; I was floored. Gitmo? This wasn’t public knowledge. I asked him if he was sure about this.

“On God, Rooster,” the former Speaker promised me, “That’s on God.” And so it was.