Not your average tale of treachery. 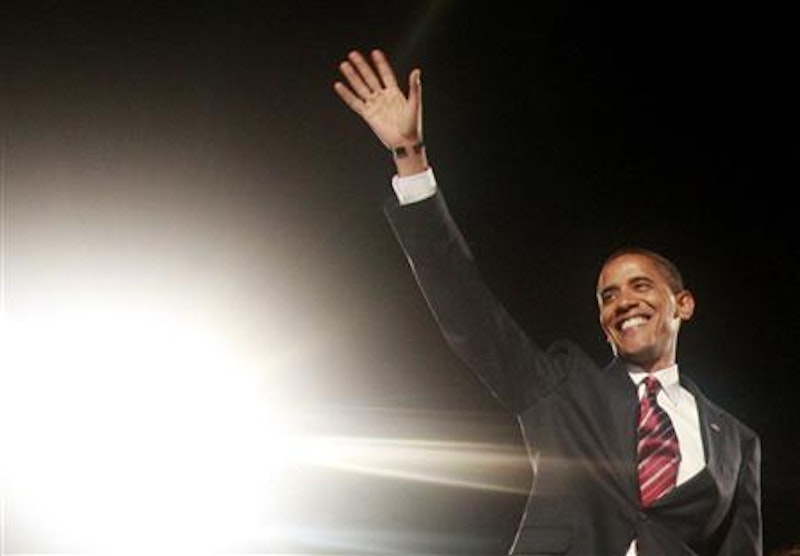 Fresh off a midterm election that saw Republicans thrashing the White House and Democrats for exploding the deficit and basically turning American into a socialist state, Congress just tacked on as much debt as the stimulus package from two years ago.

President Bush's tax cuts—which produced no additional revenue, ran side by side with stagnant wages, and exploded the deficit—were set to expire at the end of this legislative term. They marked a 60-year low in terms of tax rates, with the troubling caveat that the past few decades have seen a massive disparity in progress between socioeconomic strata.

In this comment thread where I totally lost my cool, I tried to make the argument that the pain caused by the recession should be shared as evenly as possible. I should say that I do not think that taxing the rich is the best way to pay for liberal policies. Sometimes taxes need to go up, and sometimes they need to go down. What I often see is a vacuum: taxes as a black and white issue with no broader context. It’s as if the top bracket tax rate is some sort of be-all and end-all to determining the quality of an administration, Congress, era, etc. This line of thinking is based on a Libertarian Lite notion of money—the more you tax it or restrict its uses, the more freedom you’re taking away from the guy with the wallet.

That ignores the reality that a great deal of American life is held up by a “money = access” paradigm, whether it’s for health care, financial advice, upper-level education, advancement, you name it. Those without considerable means are frequently marginalized to a degree far beyond simply not having a lot of money. A domino effect of systemic let-down ensues.

And so I would have preferred to see the top-bracket tax cuts expire. It’s not class warfare to argue that those who can, for the meantime, pay a higher percentage of taxes than the rest of a country locked in a sluggish economy. It’s not soaking the rich to bring the top rates back to Clinton-era levels. (The converse of all is this true, as well: there have been periods in American history where the rich are straight-up soaked and that has greatly hurt the economy. That’s not where we are right now, though—not by a long shot.) Right now, lower taxes for the wealthiest Americas can barely be said to spike employment, where as unemployment insurance not only keeps families afloat during desperate times, but is also a chunk of money that goes directly back into the economy.

But, here we are: President Obama has reached a deal with Republicans that would keep all of President Bush’s tax cuts intact. That’s all the Republicans wanted; they wouldn’t countenance a situation where only the rich had their taxes raised (even though they were still going to get the taxes lowered on their first $250,000 of income), but keeping rich folks—and by extension the editorial pages of The Wall Street Journal—happy is all that matters, apparently, because they let the President bring home a decent stimulus package that will goose along the economy.

Via First Read, the President got a “$120 billion Social Security payroll tax cut in 2011, with the rate cut from 6.2 percent of earned income to 4.2 percent; $56 billion in additional unemployment insurance benefits for 13 months; $40 billion in tax cuts for families and students, including a two-year extension of the American Opportunity tax credit which helps families pay college tuitions, which was part of last year's stimulus.”

Not too shabby. With an overall price tag of $900 billion, the tax cuts make up about 37 percent of the cost. Calling this a betrayal could be akin to saying the original stimulus package—chock full of all sorts of tax cuts—was also a betrayal.

With both Jim DeMint and Rachel Maddow slamming the compromise, it looks as if Obama has found a tough middle ground on which to stand—the kind of political terrain that could guarantee him reelection in 2012. I harbor disappointment that the President wasn’t able to frame the tax debate as ideology versus practicality—that the GOP’s claim to fiscal discipline is a sham, something to be used as a political cudgel with no real-world import. But Obama is saddled with a Democratic Congress that is both exhausted and more than a little spineless at times.

After all the tough talk and substantive debate surrounding the Simpson-Bowles deficit reduction plan, we just tacked on another trillion dollars in deficit spending. The can’s been kicked down the road to next political battleground, 2012.