The controversy over recently leaked diplomtic cables is overblown. 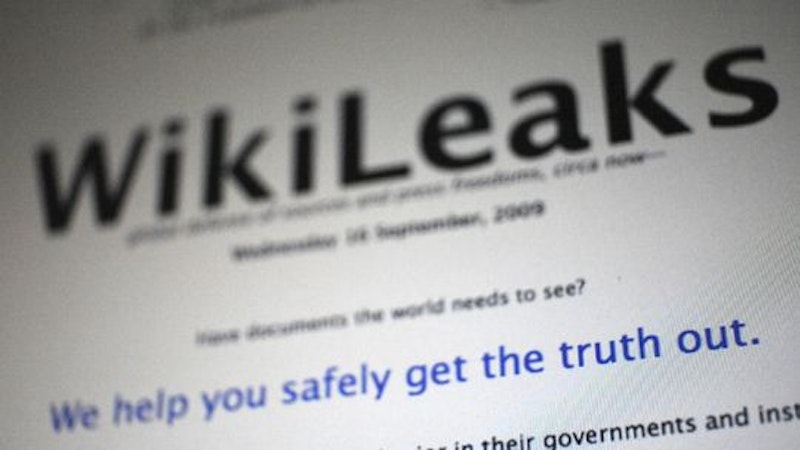 Friends and colleagues keep asking me what I think about the recent chapter in the saga that is WikiLeaks, and my first reaction is, on the whole, Man, WikiLeaks—and its subsequent controversy—is eliciting more commentary amid the chattering class of twentysomethings (who generally don’t give a damn) than any topic since the 2008 campaign. Maybe it’s the inherent sexiness of hacking and leaking super duper top-secret documents and exposing them to world. Hack the Planet, indeed:

My history buffs are all giddy over the prospect that the history books will have this trove of diplomatic cables upon which to draw myriad insights and conclusions. They’re not the Pentagon Papers—far from it—but nonetheless there is something breathlessly geeky about getting a peek behind the curtain.

My political junkies are on the fence, with a dash of ambivalence. Contrary to the leaked documents pertaining to the wars in Iraq and Afghanistan, there isn’t a whole lot of bombshell material, here. A lot of the cables are being written off as gossip, fun (“fun” being a little ironic, here) tidbits of information to be filed away under… wherever you file things away that don’t really serve an immediate purpose but are fun nonetheless.

My first impression was that Secretary Clinton took a body blow. She’s the point woman for the width and breadth of American foreign policy and statecraft, and these cables are, if nothing else, embarrassing—for her, her staff, and their foreign peers (who, as the cables suggest, are being spied on by US diplomats).

Overall, I applaud WikiLeaks. Over the past few decades, the federal government—no matter who is running what branch at any given time—has exponentially expanded both its secrecy and its unilateral power. Shedding light on these practices is a good thing. And so it’s difficult for me to come down on these recent leaks, but a chunk of me is uneasy, and I believe it’s the dovish liberal in me, the guy who’d prefer diplomacy and détente as opposed to unilateral strikes and outright war. Diplomacy is messy, it’s complicated, and it’s not going to be right on the first go round. And so I hold my applause.

After initially thinking this leak would be massively embarrassing to the US and its allies, I now believe that is somewhat naïve. The fact remains that the US holds the most dominant economy and military in the world. Regardless if some allied (and barely allied) feathers have been quite ruffled by this event, the countries they represent are still going to wheel & deal with us time & time again. That’ simply how it goes.

The national pundits and elected officials calling for the head of Julian Assange—with rhetorical histrionics—are pitiful in their consternation. Their time would be far better spent thinking of ways to repair the precarious state of foreign relations that this doc dump exposes, rather than sending spittle at the messenger.