Notes From the Capitalist Undergound 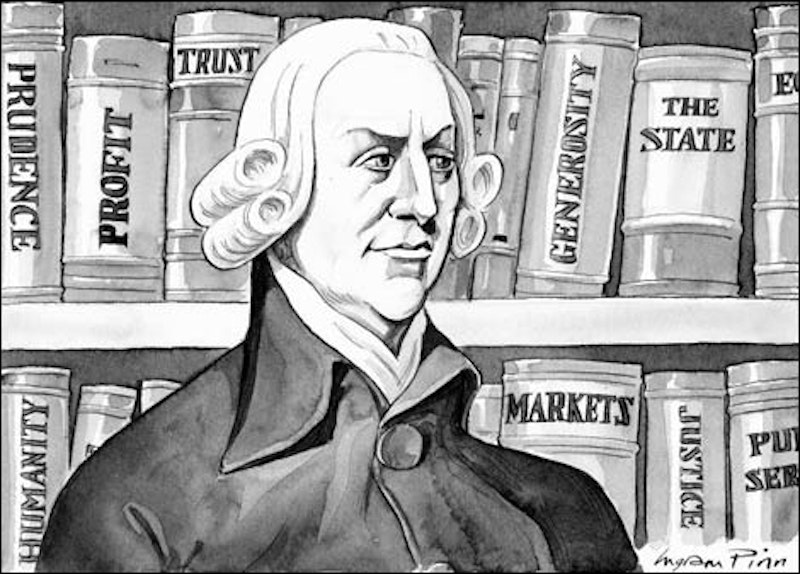 A couple of days ago, while doing research at an unemployment office in New York, I spoke with two economists about capitalism in the aftermath of the subprime mortgage bubble and was told that the system is fine, revealing much about the power of propaganda. I spent the following day with a childhood friend who grew up with me in New York and moved to Israel last year. He compared the two systems and expressed concern about how American-style capitalism is steadily encroaching on Israeli life.

The economists I interviewed—who requested anonymity—were smart and knowledgeable, and they were on a similar mission at the government agency. They grasped much about economic history and illustrated an impressive capacity for number crunching. True to their discipline, they refused to make predictions, reiterating that it is possible to forecast accurately only “assuming all things are equal,” which is rarely the case, since economic systems are complex and filled with unpredictable variables. They could only point to what history teaches, such as that double-dip recessions are very rare, or that without reinstating the Glass-Steagall Act we will almost certainly experience another boom-bust cycle.

But when I asked them some basic common sense questions they refused to deviate from their discipline in ways that strike me as dangerous and worrisome, especially considering that they are the experts. They downplayed the dangers of America’s debt crisis, saying that people have been warning about unsustainable debts for decades but the day of reckoning has not come. Why should this time be different? After all, the only important measure is the level of debt relative to GDP, and America’s debt is “probably” less than 20 percent of GDP, a far cry from the catastrophic scenarios enveloping countries in Europe. Furthermore, they refused to weigh in on what would have happened if the government had not intervened with TARP, claiming that it’s impossible to know if the economy would have collapsed. Last, they laughed at the idea that capitalism has discredited itself with the housing crisis.

These notions are shockingly delusional. First, the most lenient measure of debt to GDP in fact yields a rate of roughly 60 percent according to official government analyses, which is indeed unsustainable. It might not explode for a few more years, and even if it does that might not bring collapse, but it will at least come with direful consequences—high interest rates, spending cuts and tax hikes. Perhaps more important, the next mega crisis will likely be too much for the system to sustain. As for TARP, only someone who is willfully ignorant could fail to see that without government intervention the global financial system would have fallen apart. As Ben Bernanke, Alan Greenspan and other free market zealots have said, considering that Lehman’s demise alone nearly destroyed the economy, causing a run on the shadow banking system, tanking the stock market, crushing confidence and throwing hundreds of thousands of people into unemployment, one can only shudder to think how devastating the collapse of the dozen largest financial firms would have been, especially since 60 percent of America’s GDP was tied into those banks. In light of this, the only thing laughable is that most people continue to think that capitalism is the best financial system.

When I spent time with my friend from Israel, he described how different it is to live there. First of all, the cost of living is much lower; it is possible to live off of minimum wage, for example. This is largely because they have a universal health care system. He pays the equivalent of $10 a month and receives quality care. And nobody can refuse to treat patients with pre-existing conditions. Furthermore, labor conditions are much more favorable. Vital sectors of the workforce can and do strike all the time. And they are not as thoroughly entrenched in the master-slave mentality that permeates America’s system. They may have to show up for eight hours of work every day, but they take many breaks and generally experience a laid back atmosphere. This comes at a cost, of course, because they accomplish less and generate smaller profits. But the average citizen can live with greater dignity.

However, he sees a looming downward spiral, as American-style capitalism has been steadily taking hold in Israel. During the Bush years America began imposing neo-liberal policies aimed at slashing public sector jobs and wages, and cutting taxes to benefit big business and American corporations. But, according to my friend, because Israel’s a smaller country it’s easier to mobilize the population against corporate abuse, making it difficult for the elites to concentrate power. Furthermore, because most citizens have many relatives spread all over the class spectrum there, it’s harder to ignore social problems—if there were a healthcare crisis akin to America’s, for example, too many people would have a loved one who experienced a horror story to allow the for-profit paradigm to continue without protest.

Though I never discussed this with him before yesterday, my friend is well aware of America’s imperial policies and the extent of corporate tyranny. And his experience in Israel has intensified his understanding. As an American client state, Israel does its master’s bidding, like all the dictatorships and various regimes receiving U.S. aid around the world. And for the purpose of population control, America seeks to impose neo-liberal policies wherever possible.

It is disheartening to contemplate that many Americans apparently don’t realize there are other possibilities than what their politicians and mass media claim is currently available to them. Although in the aftermath of the sub-prime meltdown many are starting to understand that the power elite usually benefit when everyone else suffers, as Wall Street has earned record profits while millions of Americans have been kicked out of their homes during the past two years, there is still too much propaganda for enough people to understand why their standards of living have so dramatically fallen during the last few decades. It is largely the discredited free market paradigm, which still continues to guide economists and the mass media, which prevents much of the population from radically reconfiguring America in pursuit of superior alternatives.