An Anthropologic Lesson: The New York Times And Mr. Loosie

Someone told me it’s all happening at the zoo. 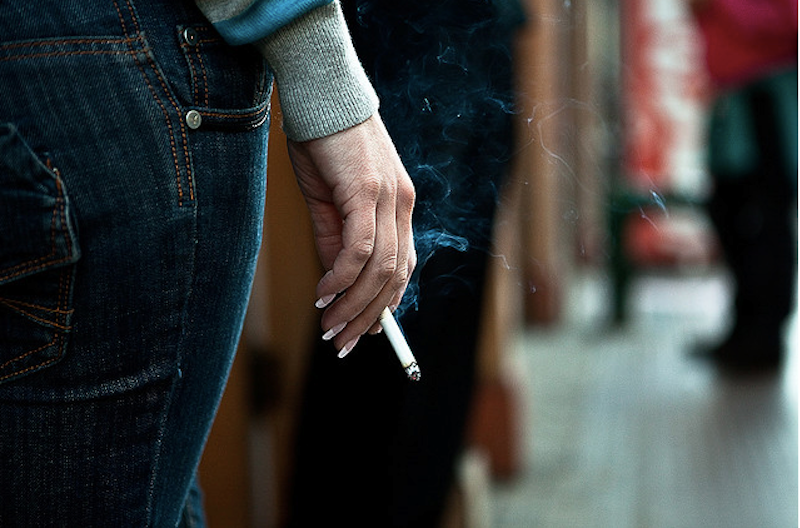 Fifteen years ago I’d never have imagined reading a typically condescending New York Times “color” story—on the front page, no less—and feeling a pang of nostalgia. But it’s an upside world and so on the morning of April 5, I picked up my home-delivered copy of the Times and learned about a fellow named Lonnie Loosie, an “itinerant cigarette vendor” who spends his time selling single cigs on 8th Ave., sometimes clearing up to $150 a day from passersby who are expressing mild rebellion at paying $12.50 for a pack of smokes in the Land of Nanny Mike Bloomberg.

Don’t get me wrong: it’s not as if reporter Joseph Goldstein’s profile of Mr. Loosie, aka Lonnie Warner, ever rose above the pedestrian Times staple of describing to its affluent readers the life of one of the city’s downtrodden. The once-imperious—but now marginalized—newspaper routinely assigns articles that give consumers the smug satisfaction of seeing how, as they may put it, the other half lives. In this way, the Times has always functioned as a printed zoo, where humans can read about other humans, the vast majority of whom they’ll never come into contact with. The only dirt involved is the rub-off from newsprint.

Yet this sort of story is almost extinct in the digital media, and I was grateful that not once did Goldstein use the words “app,” “droid,” “meh,” “sigh,” “real-time,” “de-friend,” “iJobs,” “I see what you did there,” “not so much,” or the dreaded “narrative.” In fact, aside from mentioning the current price of cigarettes, this story could’ve run at any time in the past 50 years, since selling single cigarettes—Goldstein, or his editor, annoyingly felt the need to point out that “loosies” is the street name for cigs—is not a new way of making a buck. In the early 1970s, a pack of Marlboros or Kents or Kools fetched 75 cents in the city, a price that was deemed outrageous, and this was long before the stigma of smoking became omnipresent. I remember leaving New York for Maryland in 1973 to attend college and what a delight it was to discover that the price in that still vaguely Southern state was just 35 cents.

Starting from the first paragraph, Goldstein’s report was objectionable: “By 8:30 a.m., amid the procession of sleepy-eyed office workers and addicts from the nearby methadone clinic, Lonnie Loosie plants himself in the middle of the sidewalk of Eighth Avenue in Midtown. Addressing no one in particular, he calls out his one-size-fits-all greeting: ‘Newports, Newports, packs and loosies.’”

And here we go: first, by 8:30, New Yorkers hustling off to their jobs are hardly “sleepy-eyed,” as anyone who walks in Manhattan at that time of day can attest to. And then there’s the matter of Goldstein’s “one-size-fits-all” description of, ahem, Mr. Loosie’s “greeting.” I wasn’t under the impression that cigarettes, even loosies, were something to try on, but no matter, maybe Goldstein’s a cub reporter the Times picked up for a dirt salary from AOL’s “Patch” content mill. The more horrifying possibility, at least to those who don’t relish wincing at bad, bad writing even in a daily newspaper, even in The New York Times, is that Goldstein’s a 25-year veteran of the paper, protected by the union and filling out his time until he can procure an early retirement buyout or is simply laid off.

What’s even more obnoxious about Goldstein’s throwaway article is that he—as Gomer Pyle used to say, Shazam!—portrays Mr. Loosie as an amiable cut-up, the life of the party at Midtown Community Court, his home away from home since he’s picked up by cops on misdemeanor charges so often. (One might ask, not without reason, why cops are bothering with “itinerants” who are at least providing a service, though illegal, when surely there are more threatening criminals out on the streets.) Mr. Loosie, we’re led to believe, is a small-time grifter with that big old heart of gold, who annoys his girlfriend at night in Harlem, “muttering” the word “Newports” over and over. Had Goldstein been granted another 1000 words he could’ve turned Mr. Loosie into a 21st century Horatio Alger.

And it could be that the genial Mr. Loosie, who we’re told keeps an eye on his block of business for drug dealers, which he “doesn’t allow,” is a swell guy. Former mayor David Dinkins might’ve taken time off from a tennis date to give him a small ceremony at City Hall; if not for the nature of his trade, Bloomberg might as well. Yet deep into the story it’s revealed that Mr. Loosie, now 50, spent “about” two decades in prison for a “series of armed robberies.” That was when he was a crack addict. He “suspects” he can’t find a steady job these days because of his criminal past. You really can’t put anything past Mr. Loosie, or Joe Goldstein, for that matter.

Okay, so after reading this story I became an Alka-Seltzer head, but those are the chances you take. And, as I mentioned, there’s the nostalgia factor: give Goldstein credit for not soliciting Mr. Loosie’s opinion on Gov. Scott Walker’s righteous battle against bloated unions in Wisconsin.