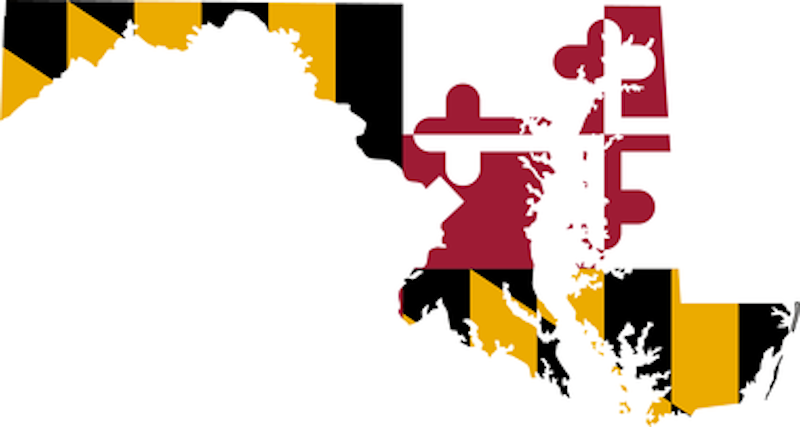 Most people know by now that legislative redistricting is legalized bodysnatching. It’s an exercise in partisan self-interest that both parties play and nobody really gives a hoot until 10 years later when it happens all over again. Yet redistricting—the periodic redrawing of Congressional and legislative boundaries—affects the lives and livelihoods of every American every day of every year.

School lunches, housing grants, agricultural subsidies, veterans’ benefits, oil industry write-offs, Medicare and Medicaid, unemployment benefits, defense spending, mortgage interest tax deductions, bank bailouts and the tax code in general are among the lifelines that are directly related to Congressional redistricting. State budgets are another matter but no less involved in the chicanery of who gets shuffled in the map-making gamesmanship. You send your tax dollars to Washington and Annapolis and in return you get the stuff that makes America tick.

The strengths of a democracy are also its weaknesses. Comes now Del. Heather Mizeur (D-MoCo), candidate for governor of Maryland, with high ideals and low expectations, who threatens to take the intrigue out of the census-driven requirement that dates back to the one-man, one-vote Supreme Court ruling of the early 1960s. Mizeur proposes an end to the current audacious gerrymandering by creating an independent panel to redraw Congressional and legislative redistricting lines. The independent mapmakers Mizeur conceives would be chosen by a panel of auditors. Huh?

Maryland is already halfway there. Just because 10 other states have independent or bipartisan commissions to perform the dirty work of shuffling bodies around is no reason that Maryland should emulate failure. Under Maryland’s system, a bipartisan—well, about as bipartisan as it gets in Maryland—commission prepares a plan submits it to the governor who in turn presents the map to the General Assembly.

Mizeur’s major gripe is that Maryland’s districts lack compactness. That’s true, as far as it goes. But there are several problems with her complaint. First, Congressional redistricting has only one requirement and that is population balance, currently at about 720,000 people for each of the nation’s 435 districts. Second, the courts subtly encourage gerrymandering by allowing elastic Rube Goldberg boundaries that contort geography to create and protect minority districts. That nifty bit of social engineering creates white districts. Maryland’s Fourth and Seventh Districts are examples. And the state’s First District is a vanilla jigsaw that traverses the Chesapeake Bay and combines Cockeysville with Salisbury on the Eastern Shore to isolate Maryland’s lone Republican congressman.

Legislative redistricting is another matter. There are certain guidelines that must be followed. Compactness is one, and that is to avoid dividing communities and to protect commonality of interests. There have been instances, however, where the pen and the slide rule have been used to punish errant lawmakers and to protect friendly ones. They have often been challenged in court. A squiggle or two on the map or the shift of a precinct here or there can help or hurt a political career.

Another consideration is that any attempt to de-politicize the redistricting process will work only if every state does it. Currently, Republicans control 30 state houses and Democrats 18. Republicans control geography and Democrats control population. (While Maryland Gov. Martin O’Malley was chairman and principal fundraiser for the Democratic Governors’ Association, Republicans had a net gain of governorships.) Each state acts to protect its own interests and the result is a paralytic Congress.

The latest population figures from the State Planning Department show that there will be more political upheaval when lawmakers gather around the maps again in about seven years. The population of central Maryland, the core of the Democratic party, is bulging while the Republican rural margins are losing. The greatest growth over the past year was in Montgomery County (12,209) and in Prince George’s (8662). Baltimore City lost 300 people last year although it had a net gain of 1400 over the past three years.

Redistricting, gerrymandered or not, is too important to Maryland to mess with. As every political nose-counter knows, Maryland has eight members of Congress—seven Democrats and one Republican. This is a felicitous imbalance that happily benefits a state that is host to a huge federal presence and is aggressively seeking more by pursuing the new FBI headquarters for Prince George’s County. There are 314,296 federal workers in Maryland, and the state was the fourth highest in the nation with $26.3 billion in federal procurement spending.

The wonder is why the usually deliberate Mizeur even brought up redistricting at all six years before the next census except that “bipartisan” has a certain sanitized appeal to the purists who find the trench work of politics offensive. It’ll sell briskly in her home precincts, the politics-free zone of Takoma Park. Redistricting may be broke, but please don’t try to fix it lest you make it worse.

Any reasonable person would think that the responsibility for contraception would be on the user and not the provider. And any person of good conscience would expect others to accept the testimony of the medical profession that certain pills and devices are emergency contraceptives and not abortives.

But that is not the case with the owners of Hobby Lobby and Conestoga Wood, who are certainly people of good conscience. They claim that if they are required to pay for certain kinds of contraception for employees under the Affordable Care Act their religious beliefs would be compromised. Similarly, even the Little Sisters of the Poor, who are exempt from the ACA requirement to provide birth control, argue that even the benign act of signing the exception form would make them outliers within the framework of Catholic beliefs.

So once again the Supreme Court must decide whether corporations are people with religious rights, bestowing yet another set of anthropomorphic characteristics on businesses as they did in the outrageous Citizens United decision. America is rapidly approaching an intersection where it will soon have to decide whether corporations have souls and are subject to the same theological judgment as other mortals. Exxon, J.P. Morgan, General Motors and BP had better soon learn the rituals of the confessional.

At issue are what the owners of Hobby Lobby and Conestoga Wood claim are life-ending contraceptives such as IUDs and the morning-after pill. They want an exemption from the Affordable Care Act, though medical authorities have certified the methods as contraceptive and not abortive. The owners of the two businesses are okay with conventional birth control methods which they do not consider abortive. If the exemption is granted, who knows what’s next—AIDS, blood transfusions, organ transplants, cosmetic surgery, wages? Or consider Christian Scientists, who believe only in the healing power of prayer and not medical procedures.

Women now face the threat of having not only government in the bedroom but the brooding presence of bosses as well. America is long past the time when such intimate judgments were between a woman and her doctor. A woman’s body is no longer a temple but a political object.

As a sendoff to President Obama’s recent meeting with Pope Francis, dueling forces offered send-‘em-a-message suggestions as part of the President’s luggage for the Vatican visit. A full-page, four-color ad appeared in The Washington Post under the imprimatur of Catholics for Choice. It accused the Catholic bishops of “far from representing Catholics, are simply trying to use the courts to impose teachings they have failed to enforce from the pulpit.” To the contrary, the bishops, in op-eds and on television, in person and through surrogates—including the Vatican’s chief judge—argued that the ACA birth control requirement is an assault on religious liberty in America.

But birth control received scant attention during Obama’s face-to-face meeting with the Pope except the president’s mention that religious organizations and their affiliates were exempt from the law, according to several reports, though some accounts placed more emphasis on social schisms than others. In typical public relations fashion, each participant was trying to advance his point of view for public consumption.

The separation of church and state argument is front-and-center among the combustible social and political divisions of the day. Courts are unpredictable. Most observers expect the Supreme Court to find a narrow window of accommodation for both sides in the case. But with this Supreme Court you never know and shouldn’t second guess. Who would have believed they’d find the Affordable Care Act constitutional in the first place? Justice Antonin Scalia and three others didn’t.