No Political Pity For the Phony Criminal 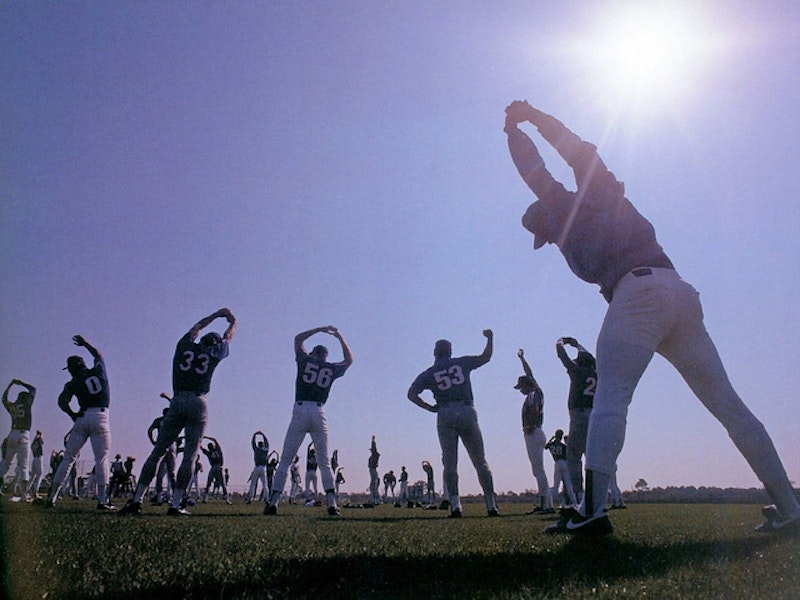 Before reading James Surowiecki’s splendidly sensible “Financial Page” column in The New Yorker this week I’d no idea that I’ve, habitually, broken the law since the age of 10 or so. Oh sure, lifting packs of baseball cards a few times from a stationery store back in the 1960s in my hometown of Huntington, New York sticks out as an embarrassing minor crime. And, obviously, purchasing and using any number of “controlled substances” as a teenager and young man, wasn’t kosher, at least as far as the authorities were concerned. A lot of people forget today about how paranoid you could get a generation ago when, walking around town, “holding” a quantity of pot, and hearing police sirens, you just knew the cops had zeroed in, and were ready to toss your bony butt into the slammer for the next 10 years. It was called a “buzz kill” and really wasn’t a lot of fun; of course, the pros of smoking dope or dropping a tab of Mr. Natural or windowpane far outweighed the cons of possibly getting caught, but I digress.

Surowiecki’s opening sentence says it all: “Last week, football fans across the country committed a crime: they bet on the Super Bowl.” He goes on to explain that betting is—at least, technically—illegal in all but four states in the U.S. (Nevada, Delaware, Oregon and Montana), which means I began down an outlaw path as a pre-teen, when my four brothers and I would play marathon card games of whist, throwing nickels in the pot before each hand. In 1969, as an eighth-grader at Simpson Jr. High School, I had a particularly bad skein of betting: I got burned on the Orioles/Mets World Series, dropping $35 (very real moolah at the time) and then another $50 when the Jets stunned the Colts in the third Super Bowl. In fact, part of the action was with my metal shop teacher, and I’m convinced that his satisfaction of receiving a fiver from me after Joe Namath turned the sports world upside down helped me receive a passing grade in a required subject at which I wasn’t merely bad at, but really awful, a five-thumbed kid trying, without success, to construct a napkin holder. Mr. R was a complete asshole, and didn’t care for me much, or my lip, but that bet made him feel superior. Which suited me fine; you make do with, so to speak, the cards you’re dealt.

I’ve always been far smarter at political wagers than those centered on sports. Took home a decent haul on the Nixon/Humphrey race in ’68, Bush/Dukakis in ’88, and in ’94 I ran the table, correctly betting the GOP would take control of the House and Senate and that George Pataki would send Mario Cuomo (who could’ve been president had he run in ’92) into retirement. Also, the Bush/Gore contest of 2000, although there were bruised feelings—to put it mildly—galore after that really, really weird election. (I’m still pissed that Karl Rove sent Bush on a fruitless swing of California in the last week of that campaign instead of nailing down a few states that weren’t long shots.)

I did lose about 50 bucks on Romney last fall—the small amount is testimony to my lack of faith in the flawed candidate, but the odds I received before the Denver debate were too tempting—but in general, I’ve got about a 75 percent success rate in political bets. Unlike sports, although that can be partially explained by my annual “good karma” bet that the Red Sox will win the World Series. In the 90s, ‘round about March 15, fellow baseball fans at New York Press would compete to see who could take the boss’ money that year.

Surowiecki doesn’t get to what everyone’s thinking of while reading his piece until the last paragraph, but it’s a good one:

There’s an obvious parallel here with the current wrangling between the federal government and states that have legalized marijuana. If New Jerseyans want to be able to place the occasional bet on an N.F.L. game, or Coloradans want to be able to get high, the rest of us should let them. There’s no reason to make a federal case out of it.

In the final episode of Weeds, set in the near future, marijuana mogul Silas Botwin picks up a pack of his favorite smokes (Puff Dragons) at a deli on the way back to his swanky domicile, wife and baby in tow. It shouldn’t be a fantasy that gambling, most drugs and prostitution are legal in this country, but try and find one influential politician in Washington who has the guts to say so. What a disgrace.