No Oil in Our Soil

The Keystone Oil Pipeline proposal is yet another big test for Obama, but his record of fighting corporate interests doesn't inspire much confidence. 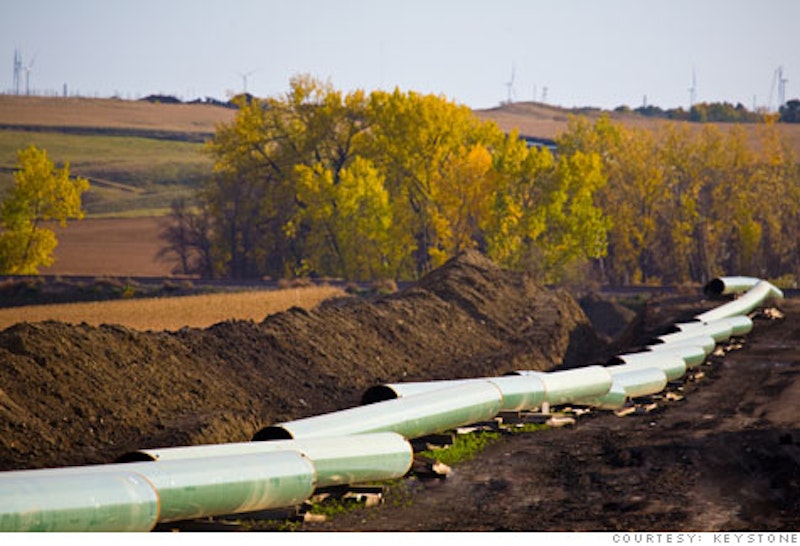 The Keystone XL Tar Sands Oil Pipeline proposal is one of the biggest tests of Barack Obama’s presidency. The major oil corporations, from Exxon Mobile to Koch Industries, are lobbying hard to compel the administration to issue a license for a new, massive pipeline that will transport tar sands oil from Canada to refineries in Texas. The choice is entirely the President’s, as he needs no Congressional approval to issue or refuse a license, according to environmentalist Bill Mckibben. If he is at all serious about combating climate change and protecting the environment, he will oppose this pipeline. If he fails to act, this will be yet another nail in the coffin for “hope.”

It is true that, as the American Petroleum Institute and other right-wing propaganda outlets argue, we are better off obtaining oil from Canada than from virtually all the other prime sources of petroleum imports, such as the Persian Gulf and Caspian Sea basin, which are extremely volatile regions. But this argument misses the point and provides small consolation compared to the tremendous dangers that accompany the pipeline.

The United States has for over half a century sought not mere access to Middle Eastern oil, but control. If you can control major oil sources, you control the world. It gives you the power to cut off energy (or threaten to cut off energy) to any country you want to punish. And oil is the bedrock of the modern economy, not just for fueling vehicles and armies, but for countless products, from plastics and Styrofoam to asphalt and chemicals in cosmetics. As such, although it might be nice to have access to a relatively safe oil source like Canada, it will not change the fact that state planners will continue to seek to dominate the Middle East to maintain control of the oil upon which the American empire relies.

And in any event, the Keystone pipeline is extremely dangerous. First, it will traverse 1700 miles and go “through some of the most sensitive and beautiful and important agricultural land in this country. It crosses the Ogalalla Aquifer, a source of water for 20 million people, one of the great pools of fresh water on the planet,” according to McKibben, who has heroically organized a civil disobedience campaign in front of the White House. McKibben, along with 160 others, has been arrested. The resistance will continue for two more weeks. He adds that the “small precursor pipeline of this thing has had 12 leaks in a year,” and “our job here is to prevent a terrestrial BP spill.”

Even more important, it is a WMD when it comes to global warming. Leading climate scientist Jim Hansen has warned that if Obama approves the pipeline, it will be “essentially game over” for the environment. He says “The scientific community needs to get involved in this fray now. If this project gains approval, it will become exceedingly difficult to control the tar sands monster.” He does believe that “if emissions from coal are phased out over the next few decades and if unconventional fossil fuels are left in the ground, it is conceivable to stabilize climate,” but “exploitation of tar sands would make it implausible to stabilize climate and avoid disastrous global climate impacts” because, unlike with coal, which can be burned cleanly, “there is no practical way to capture the CO2 emitted while burning oil, which is used principally in vehicles.”

Considering the President’s abysmal record at fighting corporate interests, it is hard to believe that he will reject the project. He could very well take the easy route and claim the pipeline is necessary to diversify oil suppliers and create jobs at home. But the real motive would be to satisfy the oligarchs who control the government. By far the best way to stop relying on oil from Middle Eastern dictators and creating jobs in America is to start a green technology revolution here. While Obama may not be able to do that unilaterally, he certainly can refuse to issue a license for the Keystone pipeline. The choice is his, but it’s up to us to pressure him to do what’s right.