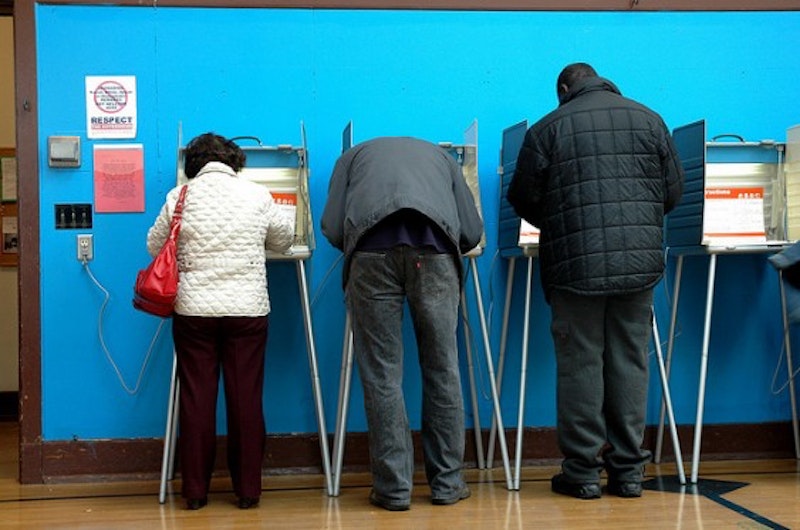 Since 2004, I have written in Bob Lott for President of the United States. He’s not a candidate for the office. Technically, he’s not a politician. He’s my father. Until a major party puts up a candidate who is both anti-unjust wars and pro-life, I’ll continue voting for him. As his unofficial, discouraged non-campaign manager, I’ve decided to change the slogan this year from “Bob Lott! Why not?” to “1 Dad, 1 vote!”

Dad finds it mildly embarrassing when I write one of these endorsement columns every four years, so instead let me sketch out the six-way presidential race that I’m pining for, which would make a vote for Bob Lott seem almost sane.

To kick off this fantasy, Bernie Sanders gets mad at the middle finger Hillary supporters just gave his delegates in the writing of the Democratic Party platform and decides to take the Green Party up on their standing offer for him to be the presidential nominee, thus threatening to siphon off enough votes to give Clinton cold sweats.

Trump says something even dumber than usual just before the convention and enough delegates refuse to vote for him on the first ballot, throwing the mess into chaos as Ted Cruz tries to get his revenge. After several ballots, John Kasich emerges as the GOP nominee. Trump takes his movement out of the party and launches an independent bid for the presidency.

Seeing the deep divisions ahead, the Black Lives Matter movement decides, “Hey, why not?” and puts up its own candidate, thus splitting the usual Democratic vote three ways. Or potentially four, as the Libertarian ticket of Gary Johnson and William Weld appeal to the #NeverTrump and #NeverClinton, mostly independent “leave us alone” voters who can’t stand the preachiness of either party.

Who’d win in such a contest? Who knows! But if this wild hair comes to pass, I’m still voting for Bob Lott, and you ought to consider it as well. If you’re going to waste your vote, I figure, you might as well enjoy it.