We should be more honest about immigration. 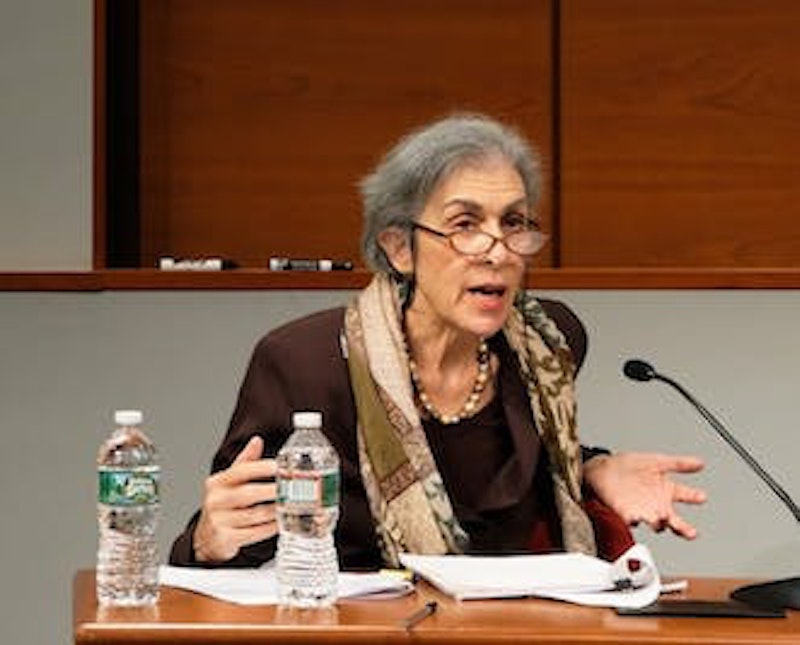 Vox writer Zack Beauchamp reported that, at a conservative conference in Washington D.C. on July 15, University of Pennsylvania law professor Amy Wax said that the US “would be better off with more whites and fewer nonwhites,” sparking national media coverage and an uproar that had students calling for her to be fired. Penn Law Dean Ted Ruger said the tenured professor's remarks were “repugnant to the core values and institutional practices” of the university, but she still has her job.

Wax’s words, stripped of context, do look bad, and Beauchamp reported that the controversial professor was making an argument for white supremacy. But it's not as simple as that. Wax was arguing that the US should favor immigrants from Western nations over those of Third World, non-Western nations, and that the byproduct of such a policy would, in effect, bring more whites than nonwhites to these shores. Being this frank is to invite serious blowback.

That's not the same as advocating that whites be favored over POC as immigrants, but you can either take Wax’s argument at face value or argue that she's created an artifice allowing for white supremacist policies under another guise. Because of her history—Wax once suggested that black law students at Penn never graduate near the top of their class—I have some doubts about her intentions, but I can't say for sure that she's making the cultural argument as a proxy for race as Vox and the Left in general interpret her. As a distinguished law professor, you'd hope Ted Ruger could’ve provided some nuance to Wax’s views, but he made the political decision.

For the sake of argument, let's say that Wax is a white supremacist using subterfuge to push a white nationalist immigration agenda like the one that alt-right leader and neo-Nazi Richard Spencer dreams of. Such an idea’s unspeakable to most Americans. But are they sure that every monoracial nation's a nightmare to live in?

I'm not taking the Spencer position. Having lived in an essentially one-race nation—Japan—for several years, I got to see what a society made up of people with the same history, ancestry, relative religious beliefs, and national identity looks like, and it's not all bad. The truth is that there are advantages to not being diverse, which is what a study conducted by Bowling Alone author, Robert Putnam, found. This opinion, however, is blasphemy within the religion of progressivism.

In Japan, I didn't see the incessant racial controversies that sap our energy in the US, or the constant charges from one side that the other side’s a bunch of racists that divides this nation. Democrats now do this so much, over trivial matters and without proper evidence, that I've tuned them out. Japan is fortunate to have no equivalent of Jussie Smollett faking a racist attack on himself to score victimhood points. A society that encourages such behavior is ill, but the people responsible are too myopic to understand their culpability, so it’ll continue.

Richard Spencer is a big fan of Japan. He wants the US to be a white Japan, an offensive view that's rightly made him into a pariah—except for when CNN decides to bring him on and explain a racial matter. In Japan, I was able to observe a social fabric so cohesive that it seems that people can almost read each other's minds. The US, with its melting pot makeup, could never hope to achieve such unity. That's not to say there aren't many benefits to diversity. It’s just that it would be more honest if both the pros and cons could be weighed instead of mindlessly repeating catch phrases such as “Our diversity is our strength.”

For a time, I taught English in Japan. I asked probably 150 people what they did as soon as they woke up in the morning, and got the exact same answer every time—”I wash my face.” The unity of response boggled my mind. There's a narrative all Japanese share that extends even down to the most mundane daily rituals. These small details unite Japan in a way that we Americans could never hope for.

Japan has no jihadist attacks because they're not sensitive to charges that excluding immigrants based on religion is immoral. I once took a two-week trip to Thailand while living in Tokyo and didn't even bother to lock the front door to my house. There isn't a street in the entire nation I wouldn't walk down at three a.m. Japan's homogeneity has tangible benefits. More homogeneity here in the US, not racial but based on shared principles, would produce positive results.

I don't mean to portray Japan as a utopia because of its unified racial makeup. The downside to Japan's homogeneity is the resulting one-dimensionality. Surrounded by people who look just like they do, the Japanese have become insular and often racist, even against those who do look like them. There's a national registry listing the family background of every Japanese citizen. If parents check this and see that their son’s potential fiancé’s from Korea, they may oppose a marriage.

If Amy Wax wants to argue that the US should encourage immigration from people from Western nations who share our values, to the exclusion of immigration from other nations that don't, then she should be allowed to make her case without progressives calling her a white supremacist. Some of her points are valid, and have nothing to do with race. Let all voices be heard without prejudice on the hot button topic of immigration, because that's how good policy gets made.