A campaign spokesperson said he’d been quoted out of context. 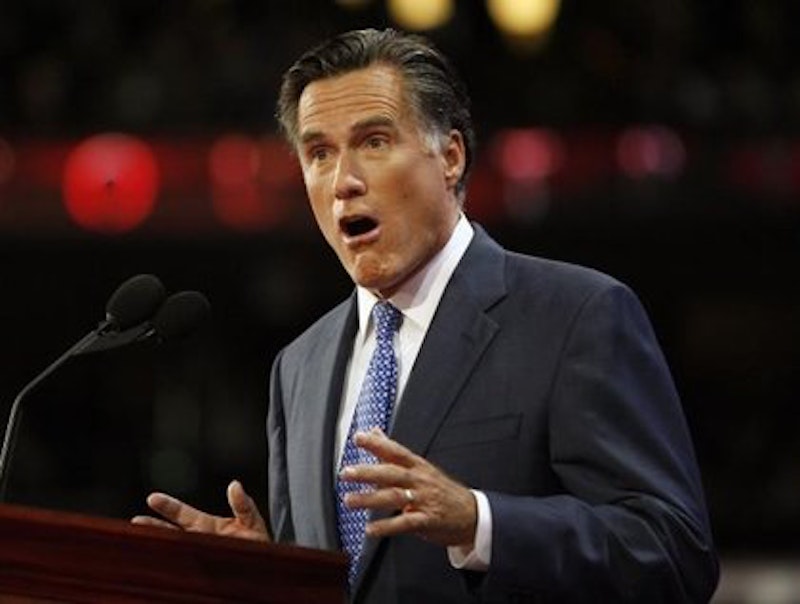 August 4, 2012—Buoyed by the success of his world tour of Britain, Israel and Poland, Republican presidential candidate Mitt Romney made a surprise decision to visit what he referred to in a controversial aside as "some of the less important countries." He declined however to provide reporters with an exact itinerary. "I'm going to be the President of the United States, by gosh," he said. "World leaders will meet with me whenever I show up. What else are they doing, anyway? 'Oh, please, would you take a moment out of your busy day speaking French and surrendering to Islamofascism to talk to the leader of the free world?'

Asked to clarify Mr. Romney's remarks, a campaign spokesperson said he’d been quoted out of context.

August 5, 2012—Republican presidential candidate Mitt Romney visited Ottawa today on what the press has dubbed his "Lesser Nation Tour." Romney met Canadian religious groups, and afterwards spoke briefly to the press, complimenting Canada for what he called its lack of "ego" and its willingness to "just quietly follow the US wherever, like into Afghanistan. Your brave Canadian soldiers, laying down their lives just because America sort of wanted them to — we appreciate that. Don't think we don't." He also remarked that he was surprised that Canada had "so many black people. Good for you! Asked to clarify Mr. Romney's remarks, a campaign spokesperson said he had been quoted out of context.

August 7, 2012—Despite an official diplomatic request from Russian President Vladimir Putin, Republican presidential candidate Mitt Romney visited Moscow today as part of his tour of countries he has dubbed "less important." After a meeting with what Romney referred to as "media barons and oligarchs," the candidate spoke briefly to the press, expressing regret that "Comrade Putin" could not meet with him, and jocularly suggested that "the Soviets will learn more respect under a Romney administration—or they'll wake up one morning glowing like those rabbits at Chernobyl!”

Asked whether Mr. Romney realized that the Soviet Union had collapsed more than 20 years ago, a campaign spokesperson said the candidate had been quoted out of context.

August 9, 2012—Stepping off a plane in Pakistan today, Republican presidential candidate Mitt Romney praised the Pakistani government for its airport security, which especially impressed him given the fact that the country was, "filled with so many Muslims." Romney added that the US was "going to help with that," and suggested that after a few years of stepped-up drone strikes in a Romney administration, Pakistan would be "unshackled by riff raff" and could go on to be "a great democracy. Maybe even as great as India!”

Asked whether Mr. Romney was suggesting that all Muslims were riff raff who should be targeted by drone strikes, a spokesman told reporters to "go f--- yourselves with Osama bin Laden's turban, you liberal pansies." The spokesman later apologized, and said that both he and Romney had been quoted out of context.

August 2012—Republican presidential candidate Mitt Romney concluded his tour of countries that he has dubbed "less important" with a surprise visit to Burma, where he met with opposition political leader Aung San Suu Kyi. Afterwards he told reporters that Suu Kyi was "really neat, even if she did receive the Nobel Peace Prize, like that other community activist Barack Obama." He added that he had given Suu Kyi an "affectionate noogie" and "a couple of hundred dollars, since I know people are kind of poor here."

Asked why Mr. Romney had broken his pledge not to speak ill of President Obama while on foreign soil, a spokesperson explained that the candidate's remarks had been taken out of context.