Rod Dreher Gets Savaged and the Abdication of Daniel Larison 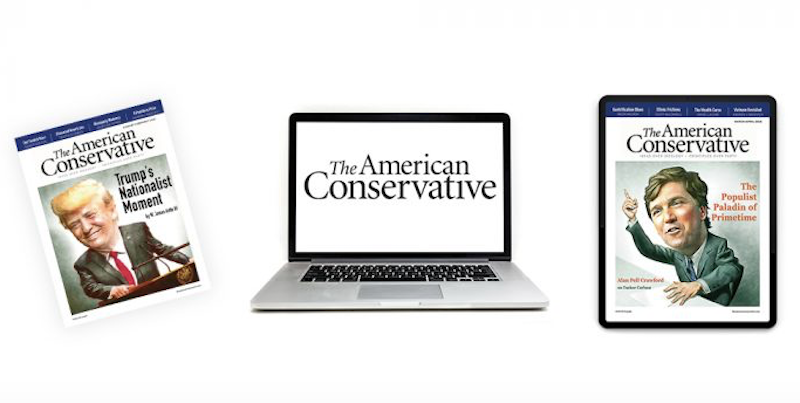 My fellow leading paleocon pundit/intellectual Rod Dreher is getting the business on Twitter for his recent post about how George Floyd had it coming.

Dreher will survive. The massive traffic his blog receives would make it suicidal for The American Conservative, which hosts it, to toss him overboard. He could shut that little magazine’s lights off. Even if he couldn’t, the editors’ capitulation to a social media mob would represent a shattering moral capitulation on their part.

No, Dreher, who in the past week has started posting in obsessive detail what the inevitable next American civil war will look like (hint: there will be lots of door-to-door Stalingrad-style street-fighting; the clinicians’ term for his behavior is, I believe, “morbid catastrophic ideation”), is going to be, for better or worse, our culture’s most prominent paleocon voice for the visible future.

I can imagine an alternative world where a more sober-minded thinker had emerged as our best-known paleoconservative intellectual. Modesty forbids me from mentioning myself in this respect, even though the ceremonial shoulder-sash embossed with the title MR. PALEOCON would look dashing across my only partially sunken chest. But what about Yale professor Dr. Daniel Larison?

A decade or so ago I was sure that Dr. Larison could go the distance. At that point he was the agenda-setter for us paleoconservative Russian Orthodox thinkers.

But then something strange happened. Dr. Larison, pound for pound our greatest philosopher since del Noce, performed an intellectual abdication, taking himself “out of the running” for primacy among those of us who spiritually yearn eastward, toward the spires of the Kremlin and the gilded chambers of the hierarchy of the Moscow Patriarchy.

For years, Dr. Larison was one of our most constant and bracing apologists for the Kremlin, in the days when it was just becoming famous for its deftly calibrated policy of imperialism, militarism, secret police subversion, murderous brutality, extraterritorial assassination, and general “illegal” meddling in its “near abroad,” particularly in the Mossad-administered demon states of Georgia, the Ukraine, and Estonia. A charmingly snuffling defense of Great Russian prerogative defined his blog, which for years has run, like Dreher’s, at The American Conservative. The wonderful pro-Russian snuffling spewed forth from that blog like bilge water from a leaky freighter’s pump.

Then one day—no more. I venture to say that a scan of his blog for the last several years will turn up no more than a handful of references to Russia. It might turn up none at all to Estonia, Georgia, or the Ukraine. At the same time, Dr. Larison has stopped publishing the winsome exercises in Orthodox theology that he used to offer his hungry readership—the meditations on the Logos and Theotokos, and so on.

A mystery, this. My own theory has been that Larison has been saving his aperçus about the relationship between the Great Russians and the human filth of Russia’s depraved fascist border states for a magnum opus, to be published by one of the more prestigious university presses.

But Mother has a different opinion, based in the turnover that The American Conservative’s masthead has seen in recent years.

“It’s a changed mag, Father,” she told me. “It’s not as much a place for thin-lipped, dead-eyed old Middle American white creeps anymore, is it?”

“No, I suppose it’s not,” I mused, amazed as so often by her perspicacity.

Indeed, we Middle American “white creeps” are no longer as much in evidence at the magazine. (Nor, for that matter, are the poncey Euros who financed it, professing hedonism and that sort of brown-tinged aristocratic country-manor politics that helped make the 1930s so delightful on the Old Continent.)

In their places, it struck me, there now sat bright-faced American kids who, to their shame and moral and intellectual detriment, might have relatively little concern for the Russian Orthodox proclivities and obsessions and hatreds of a Larison or a Harris—or even of a Dreher, except to the extent that the latter boost the magazine’s traffic metrics.

Mother, in one of those fugue states that she has sometimes, rose from her knees where she was scrubbing the pig-trough and stuck her headscarved face in mine, her wandering eye pinging back and forth in the socket.

“Have the little American bastards muzzled Dr. Larison? Have they asked him, in their loathsome suburban idiom, to ‘lose the crazy pro-Russia shit’? To ‘stop with the psycho visionary Russian monk trip, the paeans to the Logos and Holy Hieromartyrs of Kursk and the rest of it’?  Have they told him it’s ‘a liability’ and that ‘it’s bad for our mainstream profile’? Have the unholy pagan Yankee crypto-liberal fuckers silenced our Yale philologist-theologian, our holy pro-Russian philosopher-seer?”

She got closer. I could smell the offal on her breath.

“Have they, Father? Have they? Is the Witch abroad again, as in the Time of Troubles? Speak, speak, Father! Do you hear?”