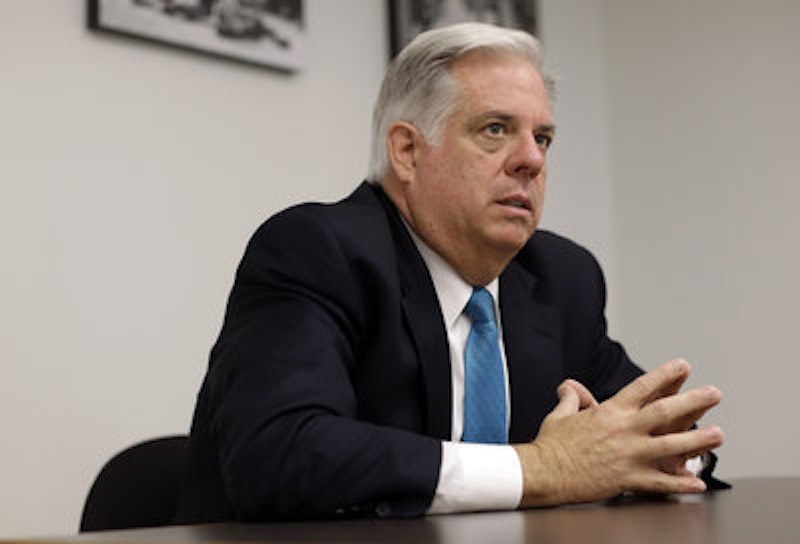 Maryland’s Gov.-elect Larry Hogan (R) is getting a crash course on the difference between campaigning and governing. Hogan’s made countless statements on what he will and won’t do but that’s all likely to change on Jan. 21, the day he’s sworn into office.

Not that Hogan’s a stranger on the State House’s second floor where he pounded the marble tiles for four years as patronage secretary to the last Republican governor, Robert Ehrlich Jr. Hogan knows the drill. He was there when crushing fiscal decisions were made, more likely as a bystander than a participant but nonetheless privy to the anxiety involved.

Hogan also brings with him homemade Cliff’s Notes compiled by his proxy organization, “Change Maryland,” which was later subsumed by his campaign and provided the arithmetic that vanquished his Democratic rival, Lt. Gov. Anthony Brown. But nothing a person does is adequate preparation for the decisions a governor has to make which effect peoples’ lives and livelihoods.

As a candidate, Hogan had an unrelenting laser-sharp message about cutting spending and rolling back taxes imposed by outgoing Gov. Martin O’Malley (D), 40 by Hogan’s count. As governor-elect, Hogan’s facing a budget hole of nearly $1.2 billion. And now he must choose between promises made and promises he can keep.

Even Hogan lately has acknowledged the existence of very little wiggle room in the tight budget construct of 81 percent mandated funds that can only be undone by legislative action. Chances of that are slim to none in the majority Democratic General Assembly. Hogan has also promised no major policy decisions or pronouncements until he is actually sworn in as governor, a smart move to avoid the swarm of interest groups and lobbyists.

The chronic budget mess is a jumble of loose ends whose latest rendition is the result mainly of underemployment and the accompanying decline in tax revenue along with cutbacks in federal spending through sequestration. Maryland’s unemployment rate of six percent is ahead of the federal 5.8 percent rate. Add to those some bad decisions made over the past two decades that are contributing to the state’s fiscal dishabille.

O’Malley leaves behind a full deck of IOUs. The overall money shortage that will occur over two years doesn’t include the hefty amounts that O’Malley borrowed, to put it charitably, from designated funds. There were untold millions pilfered from the open spaces fund, millions borrowed from the transportation fund that have been repaid as required by law and a hefty increase in state pension contributions by employees along with reduced benefits for future employees that O’Malley used to balance the budget at the expense of the pension fund. The legislature, however, insisted that the money be repaid at $50 million a year until the pension fund is replenished by $300 million.

The twist to all of this is that Hogan is being sucker-punched by O’Malley in much the same way that Ehrlich inherited the debts of his Democratic predecessor, Gov. Parris Glendening. Glendening’s sleight-of-hand with finances was the beginning of what are now called the recurring structural deficits. To give another twist to the screw, Glendening and O’Malley employed the same budget director, Eloise T. Foster, to oversee fiscal policy.

For openers, Glendening gratuitously cut the income tax rate at a time when no one was asking for relief or expecting the cut. It was essentially a campaign gift to himself after Republican Ellen Saurerbrey nearly defeated him in 1994 and would be challenging him again in 1998 with the same anti-tax message.

In the ending years of his second term, Glendening signed into law the Thornton aid to education program without funding the bill, as required by law. He left the massive education debt to Ehrlich who, over the course of his single term, raised taxes, tolls and fees by $3 billion, a good chunk of it to cover Glendening’s back debts.

Glendening, in the last two weeks of his final term, contracted through the Board of Public Works for more than $60 million in new voting machines. Glendening stuck Ehrlich with the bill as he was on his way out the door. Now the machines are being replaced with, of all things, paper ballots, officially last used in Maryland in 1948 when they were stuffed into glass boxes.

And finally, Glendening introduced a little-known and shadowy technique called “corridor funding” to the state retirement system by which the state would deliberately under-fund the pension system by reducing its contributions by as much as 10 percent. He left the tab for future governors who’ve had to make up the difference and fully restore the fiscal health of the retirees’ pension fund.

Much of Hogan’s campaign deliverance focused on the sardonically named “rain tax” that applies to 10 watershed subdivisions whose streams and drainpipes eventually meander into the Chesapeake Bay. If there is a meeting of minds in the State House it is on this point: The tax, which is imposed to help sanitize the tributaries that feed into the Bay, will not be repealed but will be made optional for the subdivisions. They will be able to levy and collect the tax or they can pay for the clean-up out of their own general funds. Many will view the tax as found money for other budgetary purposes. Hogan, in Annapolis double-speak, will consider that a repeal even though it’s only a name change.

But the major decisions before Hogan involve massive and costly pick-and-shovel projects, two controversial mass transit systems on the desk of a governor who favors asphalt highways or, put another way, moving cars instead of people. One is the Purple Line traversing Montgomery and Prince George’s Counties in the suburbs around Washington, and the other the Red Line traveling a 16-mile swath from Security Boulevard in Baltimore County to the Johns Hopkins’ Bayview Campus in East Baltimore. Each would cost nearly $3 billion in an ever accelerating price tag as well as a diminishing mix of federal, state and local funds.

And add for good measure the equally controversial State Center mixed-used project at a cost of $1.5 billion that would replace the existing state office complex at Preston St. in Baltimore. The project has been the focus of legal action to block it, led mainly by point-man Attorney Peter G. Angelos and a group of downtown businessmen who argue that the center would constitute state-subsidized competition for under-utilized city-center office buildings.

All of the construction projects require bond money of one kind or another. The state has essentially reached its bonding limit. Hogan has said he will not raise the state’s share of the property tax which is used to pay off bonded debt. Without a property tax increase, it’s doubtful that a sizeable increase in bonded debt would be feasible at the existing low interest rates.

Federal funding for transportation projects has decreased from 90 percent to 50 percent, leaving the balance to state and local governments. Translation: Baltimore City must find more than $1 billion to fund the project. Baltimore County Executive Kevin Kamenetz has pledged a contribution of $50 million but is lukewarm toward the project and, according to insiders, would prefer to see the Red Line scuttled

Hogan has asked his designated fiscal adviser Robert A. Neall, a former legislator and numbers wonk, to recommend a budget that reflects Hogan’s campaign promises. It is then that Hogan will likely discover that his campaign pledges were little more than munificent gestures in a pauper’s will.