It would restore a grand old tradition. 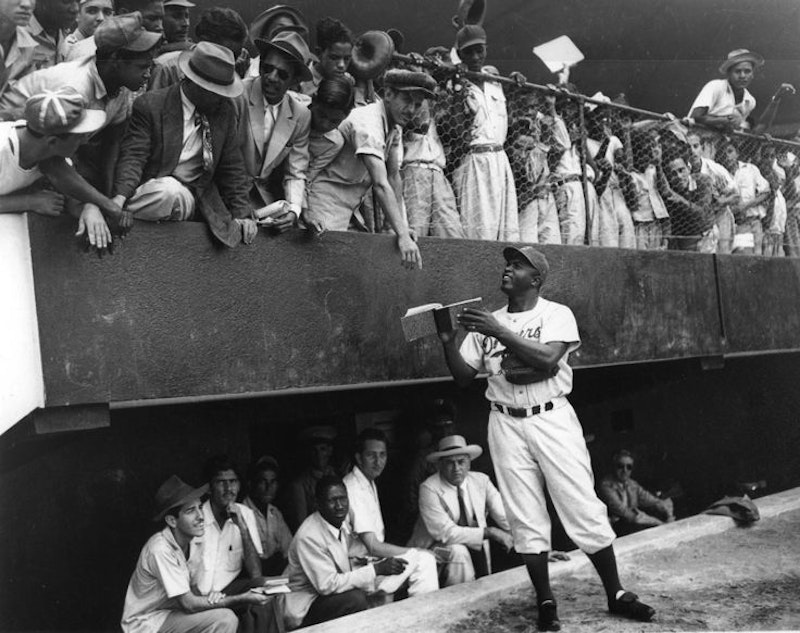 When Jackie Robinson broke the Major League Baseball color barrier in 1947 as a member of the Brooklyn Dodgers, he showed off his stuff during spring training in Havana. The New York Yankees also trained in the early 1950s in Cuba—amid the team’s run of five straight World Series championships.

As a result of President Obama’s announcement that the United States and Cuba will restore diplomatic ties, now baseball fans may have a new choice destination to flock to as baseball season gets going in February and March. Optimists see a greater opportunity for educational and cultural exchanges between the two countries, even though some restrictions, including the ban on tourist travel to Cuba, remain in place.

While Florida and Arizona now host all Major League Baseball teams for spring training, this hasn’t always been the case. In addition to Cuba, spring training has also occasionally been held in the Dominican Republic, Puerto Rico and various cities of northern Mexico, and Hawaii.

Advocates of normalizing relations with Cuba have long argued that American-style commerce would be the best antidote to the Castro regime’s authoritarian communist system (as if there’s any other kind.) Baseball could play an important role in this. Spring training games have long attracted Americans with discretionary income to spend, often Northeasterners seeking warmer environs.

Now, along with freer travel to and from Cuba, banking restrictions will be eased. So American travelers, for the first time, will be able to use credit and debit cards in Cuba, and they won't have to carry large sums of cash. That could free American visitors to spend more, and it would help Cuban businesses.

Easing of U.S.-Cuba relations may also mean that Cuban players won’t have to defect in order to play in the majors, at least in spring training. There have been 186 Cuban-born Major League Baseball players, including Tony Perez, a fixture in the middle of the lineup for Cincinnati’s famed Big Red Machine of the 1970s; Bert Campaneris, a six-time All-Star and three-time World Series champion (1972-74 with the A’s); and Luis Tiant, who led the AL in ERA twice—1.60 in 1968 and 1.91 in 1972—and made the American League All-Star team three times.

The geopolitics of Cuban baseball players in the U.S. big leagues were even mentioned in the West Wing September 1999 pilot episode. In that show, the White House staff of President Jed Bartlet must juggle a host of impending crises, including a mass boatlift of Cuban refugees approaching the Florida coast. Deputy White House Chief of Staff Josh Lyman notes wryly, “If one of these guys could throw a split fingered fastball, we'd send in the USS Eisenhower.”