Get Under the Bus 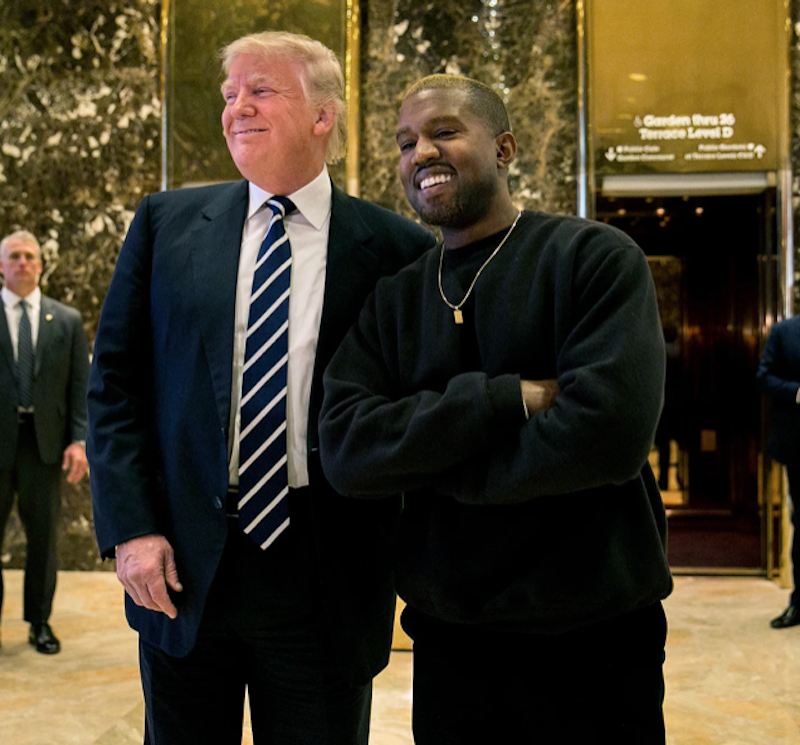 I was a polite, coalition-maintaining sort of political writer not so long ago, trying carefully to demarcate the tiny set of Things We Can Agree Upon and the much larger area in which Reasonable People Can Disagree. (You could argue liberalism and conservatism are largely identical—not that anyone wants to hear that anymore.) For all the talk about social media, I’m not sure people have fully absorbed and analyzed the extent to which the current era, like the Tower of Babel aftermath, is one in which it’s easy to flee into a very tiny faction—and thus is very unlike the 20th century, with its two or three Major Factions, each dreaming of becoming the majority.

With those dreams now dead, there’s less reason for you to stretch to keep diverse weirdoes on your team. Ahead, there may be only an ever-growing array of excommunications, exiles, schisms, fallings-out, mutations, and decisions to throw an old ally under the bus, as the saying goes. If you’ve got an almost ideologically-pure team of seven people, why bend over backwards to compromise with a Stalinist Zoroastrian just to make it eight?

With coalition maintenance no longer prized, you might as well get ready to see people disgraced and ejected from one crumbling pseudo-coalition after another on a near-hourly basis, which may be for the best. And so we arrive at musician Kanye West.

Kanye, who’s plainly mentally ill, was briefly valuable to conservatives—and arguably the nation in general—as an example of someone willing to reach across the usual ethnic and partisan lines to talk to Trumpers during a divisive presidential administration. Now he talks about wanting to go to “Death Con 3” on Jewish people, though at least he admits he misspelled “Def,” which is particularly embarrassing for a hip-hop artist. Bungling nuclear procedure, spouting anti-Semitism, and displaying general insanity may all work against him if he ever makes good on his occasional talk of running for president, but you never know.

Kanye followed up with complaints about Zionists, making his old pal Trump look comparatively civil and graceful lately, since Trump merely complained that he wishes Jews in the U.S. loved him as much as Israelis do. A subdued Anti-Defamation League noted only that Trump may be guilty of “Jewsplaining,” as they put it. No doubt they’re bracing for far worse if Kanye makes good on his idea to purchase the Twitter substitute Parler so he can speak his mind for a change. And you worry about Elon Musk buying Twitter? (The largely unmoderated Parler, popular with right-wingers, has newly been declared “libertarian” by a headline at The Wall Street Journal, which may itself be an act of ostracism and gatekeeping, but close enough.)

Given how herdlike and fickle people are, at least one good thing might come out of this latest political fall from grace: Maybe suddenly I won’t be the only person who notices that Kanye’s music is lame or that his ex-wife Kim Kardashian’s whole family is gaudy and hideous, more like a Jersey Shore West (no pun intended) than anything to which the young female swath of the population should aspire.

But then, I don’t want to be mistaken for a snooty defender of the establishment. It isn’t looking so classy lately either, producing embarrassments such as consulting firm McKinsey’s $500 million settlement for its marketing strategies that’ve purportedly contributed to the opioid crisis. It’s getting harder to tell what passes for “reputable” these days. Not even the corporate establishment can provide a real united front.

Right or wrong, that payout isn’t likely to go down as capitalism’s proudest moment—but as Mark Hemingway observes, McKinsey should perhaps take solace in the fact that the amount it’s coughing up is only half the amount that conspiracy theorist Alex Jones has been ordered to pay by a jury for his claims about the families of the Sandy Hook school massacre victims (namely, that they were actors or government plants).

I won’t claim this will unfairly silence all conspiracy theorists—it might be just the thing to introduce a bit more intellectual and journalistic rigor into that booming sector of media—but $1 billion seems like a lot mainly just for being wrong, which is a perennial part of the intellectual process. (I’d imagine that amount will come way down on appeal.) In fact, if denouncing each other for error is a sign of intellectual seriousness, the fringe, including conspiracy theorists, has long been far more serious than the mushy center of society, with its moderation and polite evasions.

Seeing people hammered so hard for their every stupid transgression is almost enough to make me sympathize with the L.A. City Council president, a Latina pressured to take a leave of absence after calling the black child of a colleague a “little monkey.” But much of the outrage of her fellow politicians seems to be directed not at her but at whoever leaked the audio of her crass and deal-making backroom conversations with union representatives and other politicians. That’s how you know what the political class thinks the real transgression is: letting the public see how ugly the divisions among the powerful can be.

Thank goodness these people—all people—suffer leaks, gaffes, screw-ups, moments of unrestrained lid-flipping, from board room to back room. We deserve to know how awful (and divided) they are.

By contrast, I’m skeptical of California’s Gov. Newsom signing legislation (which I can’t believe would survive a Supreme Court challenge) meant to prevent rap lyrics being presented to a jury as evidence the rapper had homicidal ideas or motivations, such as lines explicitly celebrating a shooting victim’s death. Art isn’t conclusive or necessarily literal, but it’s not always meaningless. Surely the jury gets to decide and shouldn’t suffer sweeping attempts at case micromanagement by legislatures. (And still there are people who tell me our whole system is anti-young-male-black—a system that renders the group Black Lives Matter so lucrative a couple years ago its leaders had millions to divert to buying homes and lobbying Congress to impeach Trump.)

Lay bare the fault lines, whether between street gangs or government agencies, and we will better know where we really stand.

That the ground will continue shifting, perhaps in ever more fluid and unstable ways, is shown by things like former House member Tulsi Gabbard’s recent statement upon leaving the Democratic Party. One of her complaints—like that of many Trumpers about the Republican Party establishment and that of some right-leaning Libertarian Party members about the past establishment of that organization—is the Democrats’ (purported) embrace of open borders, a complaint Bernie Sanders, too, has made.