Democratic Despair is a Terrible Thing to Waste

That is, if the midterm elections were held today. 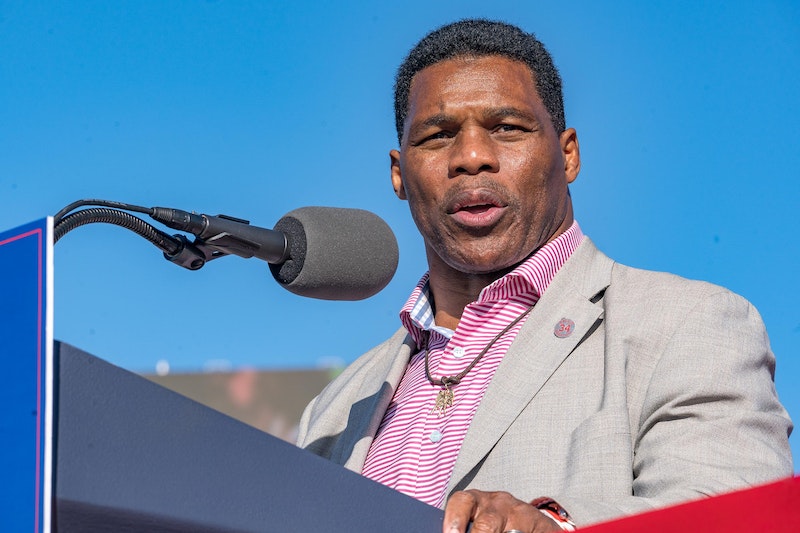 It’s a beautiful day in the neighborhood. If you’re a Republican. At least today. Herschel Walker, will you be mine?

After Donald Trump won the presidency in 2016, I abandoned a decades-long practice of making wagers on elections at the end of October. (I still put money on the line with my sons, but not until the morning of Election Day; the competition’s fun.) I hit the jackpot, on a smalltime scale, in 1994, when the stench emanating from Bill Clinton’s White House befouled the nation from sea to polluted sea at least a month before the midterms. Listening to Howard Stern each morning helped me out in New York: with his constant plumping of the unknown George Pataki running against incumbent Gov. Mario Cuomo (yet another Democratic “lion”) I received three-to-one odds and was $150 richer when Pataki won. As many in my demographic say, with increasing frequency, weren’t the 1990s great in America?

Today, you sense a limited “red wave” (limited because the Democrats’ control of the House is so slim), as opposed to a month ago when the media and Democrats shouted and yammered and “checked notes” about the Supreme Court’s overturning of Roe v. Wade—I didn’t like that decision, either—changing the calculus of next month’s elections. The spate of bad economic news in every significant category—interest rates jumping, food and gas prices jumping higher, the volatile financial markets, real estate collapsing, Joe Biden’s foolish declaration that if a recession occurs, it’ll be mild (as if the country hasn’t been in a recession for six months)—has made the controversial abortion ruling last summer seem like it happened two years ago. Maybe that switches back; anything’s possible in politics today.

The New York Times (perhaps as a Trojan Horse) released a poll taken in conjunction with Sienna College yesterday that showed Republicans have a 49-45 edge over Democrats among likely voters, a survey that’s shaken up the political world, at least until a contradictory poll from The Washington Post—undoubtedly conducted by Dana Milbank and the robot known as Jennifer Rubin is splashed across its front page and website, with the message that democracy might be saved after all! The Times’ lead sentence is dodgy: “Republicans enter the final weeks of the contest for control of Congress with a narrow but distinctive lead as the economy and inflation have surged as dominant issues…” In the past Times poll have notoriously favored Democrats, so if this current survey is on the level, I wouldn’t say a four-point lead is “narrow.”

Occasional Times contributor Frank Bruni telegraphed the Democratic dilemma on October 16 with a column headlined “Why Herschel Walker May Win.” (I live in Navy-blue Maryland, but if I resided in Georgia that’d be a stumper of a choice. Walker’s an awful candidate, whose only plus is his name recognition as a football star 70 years ago and the state’s disdain for Biden and his (now-altered) student loan forgiveness and nutty Inflation Reduction Act; but Raphael Warnock, the Democratic incumbent, is a classic tax, tax, and tax some more liberal, which puts him in dubious company of California Gov. Gavin Newsom.) Bruni said Walker “won” last Friday’s debate just by showing up, and “He said Biden’s name so often that the strategy almost came across as a stutter.”

A “stutter”? Shame on you, Frank, for as everyone knows, Joe Biden’s the country’s most famous stutterer, even if no one knew about that unfortunate condition until a year or so ago.

As I’ve noted repeatedly, polls are polls and then there are more suspect polls, and it’s a waste of time to take them seriously. The other day I jested on Twitter about whether Americans are more excited about Halloween than the midterms. Halloween! One person responded that he can’t wait until the elections are over because the avalanche of media coverage crowds everything else out. Good luck and good night, friend: the presidential election begins on November 9th.