It’s easier on the readers. 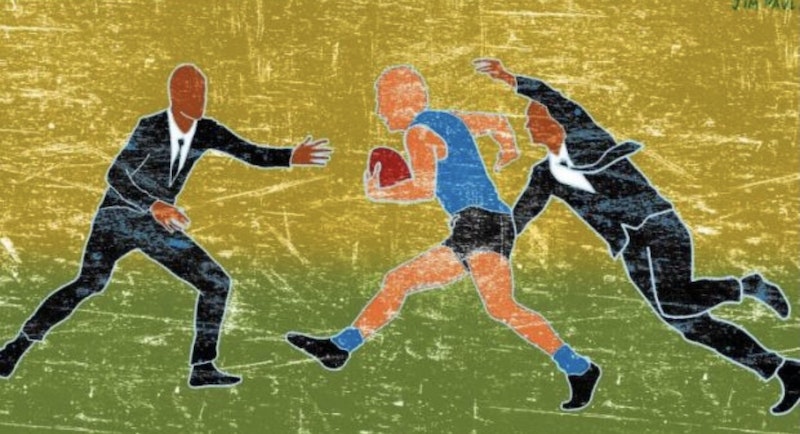 The Athletic has a new policy for its staff: stick to sports. When I was younger, I agreed with this notion: there’s no need to bring politics into sports. However, now I think The New York Times, the owner of the sports publication, is making the wrong move. It’s more transparent for people to admit their biases than pretending to be neutral. I think it’s helpful to know a reporter’s politics when possible. It gives one an idea of where they stand, what they find interesting, and what biases they may hold.

It’s great when you read someone’s Twitter bio, for example, and see their pronouns. It tells you what they think about some political issues. I’m sure a “she/they”, “he/him” or a “xe/xir” is going to think differently from me. You don’t see many conservatives who unironically put their pronouns in their bio—or even moderates. It’s a handy shortcut for making assumptions. If they’re writing about transgender athletes in sports, we can guess where they stand on the issue. And if they don’t support Curt Schilling for baseball’s Hall of Fame—despite his excellent record as a player—we can also guess why.

I also love “Latinx” people. Whether it’s in one’s social media bio or someone posting about “Latinx” people, it’s another shortcut. A popular web publication recently launched a Boston vertical that covers Massachusetts politics and one of the reporters is a “Latinx” “she/they.” It was a warning of what the content would look like.

However, it’s even easier when people say what they think. If a reporter calls Schilling a bigot because of the boomercon memes he posted on social media a few years ago, it’s good because they reveal a bias against Schilling. And if the company lets people post that they think trans women are women, taxpayers should fund drag queens in libraries, the gender unicorn and genderbread person belong in schools and anyone who doesn’t think that gender identity should be a protected class is a transphobic bigot, that’s great too. It’s better that we know this person has a bias in favor of a cause—like if they’re covering the transgender sports issue—than if people were under the impression that the author was neutral.

Sports and politics inevitably intersect. Big corporations like to inject themselves into politics. Gabby Giffords and David Hogg were honored before a Boston Red Sox game last week where the Red Sox lost to the flailing Oakland A’s. Therefore, when reporters at The Athletic cover that intersection, it’s nice to know where their biases stand and how seriously people should take their reporting.

This issue exists outside of sports media, too. For example, the mainstream media covers abortion badly. Abortion’s an issue where one side of the debate dominates the airwaves—the pro-choice side. At least on an issue like transgender athletes in sports, we see the other side get some press, including girls who have competed against transgender athletes. But on abortion, we see endless content about “access” and what states and pro-choice lawmakers are doing in response to the expected Roe v. Wade overturning. We also see stories about how big business will respond to the court's decision.

But we don’t see the mainstream media talk about how abortion kills a human being and how tens of millions of people in this country oppose it, including for reasons that have nothing to do with religion. I’d love to see mainstream media journalists publicly say what they think of abortion. It is easy to see, but it would be refreshingly honest if they came out and said they support it, and that’s why they’re not interested in fair-and-balanced coverage of the topic.