Dispatches from the Mood in America

Ambient panic and insanity as horrors pile up in our country. 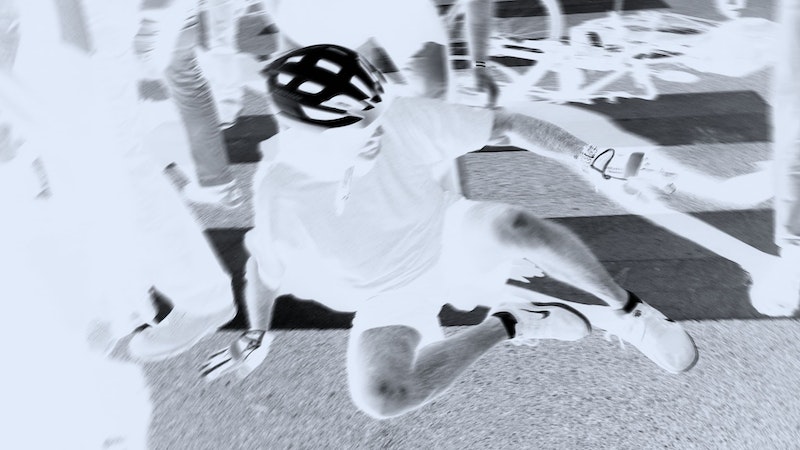 The lights are on but everything feels terrible. I don’t think anyone in this country, no matter their political views or awareness, isn’t driven insane right now by at least three things, maybe nine. Not when you’re losing your home, your wife, your kid, your job, your health, your money—you should panic then. But beyond the ambient dread of the world since 9/11, an ambient panic has emerged in the last couple of years, not only spurred by the pandemic but everything from the murder of George Floyd and ensuing global protests, the 2020 election that left us without a truly unique and insane specimen of humanity in the White House and with a man too far gone to hold a press conference after 11:30 a.m., and, now more than ever, money money money money money.

Ambient panic sets in when climate change arrives early; when news of micro plastics poisoning the bodies of nearly every living thing on Earth is met with shrugs and jokes about David Cronenberg; when there are so many mass shootings in one day that the media has to pick which to cover; when the Pentagon sends billions more to Ukraine and laughs at the idea of social services; when cops stop pulling people over for speeding or anything else on the road; when grocery stores and gas stations clean bank accounts out; when the Chairman of the Federal Reserve says that most people have too much money; and when the police involved in a mass shooting at an elementary school continue to act as pathetic, cowardly, and bizarre as island terrorist Ezra Miller.

The Uvalde Police Department is suing to prevent the release of body cam footage they say is “highly embarrassing” and “could upset some people.” No doubt about it: they shot some kids. What else could’ve happened? Like Joe Biden’s refried brain, most people know this, but it’s too difficult to face or admit. How can the President be mentally-impaired and borderline incompetent? How could these last two years have been worse than any during the Trump administration? Why is there suddenly such a disconnect between mainstream media of all kinds and the public? Flying a Ukraine flag in your gated community is the next best high to protesting Trump, a worthy target who was often able to outmaneuver his critics because they were fixated on all the wrong things. Four years in, how could no one understand that this was a disgusting nouveau riche louche that Chauncey Gardiner’d his way into the White House, and not some super-agent of the Russian government?

The recession or depression we’re about to hit has been coming since the last one. There’s nothing good left in this country. Everything is horrible and rotten. No one has any faith in anything real anymore and everyone’s scared. And as tense as it is, we have exactly one thing that sparks joy: “Let’s Go Brandon.”

People need to stop politicizing Let’s Go Brandon. The phrase has moved out of its original asinine meaning—a euphemism for “Fuck Joe Biden”—into a mantra of meaninglessness in an age of no hope. Brandon’s going wherever we are. Brandonology is a belief system that encourages hysteria and delusional thinking in small “microdoses” so that the insanity can never really fully settle in. Has it ever occurred to you that we’re always the ones telling Brandon to go? Is he our subject? Why shouldn’t Brandon tell us to go sometime? It’s only right and natural.

The litany of horror and bloodshed goes on and on—but so do variations on Let’s Go Brandon, a beautiful phrase from the dumbest “protest” joke imaginable. Life is short, enjoy simple pleasures.