Think of it like a dangerous heavy metal show. 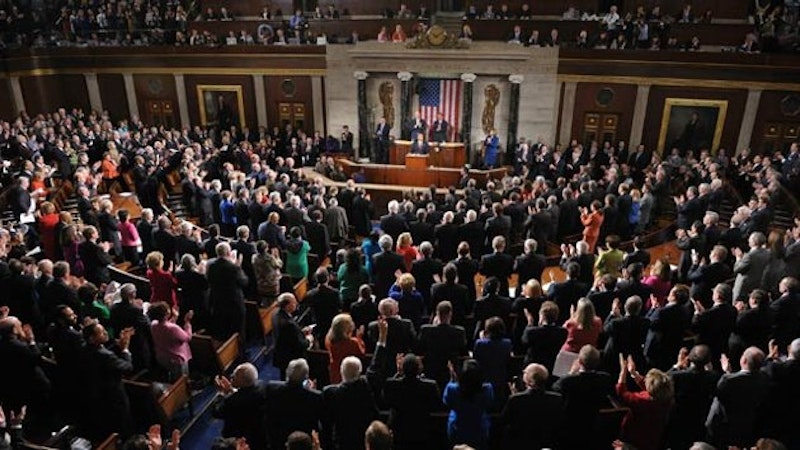 This isn't really shocking, of course: the media is preternaturally lazy, and will take whatever it can get as often and as easily as it's able. The real question is why politicians bother to distribute speeches to reporters in advance. Is the idea that it's like streaming an album online before putting the album on sale, or some sort of advance propaganda? Is the idea that by feeding scraps of red meat to the Fourth Estate, the governing class is essentially purchasing itself some much-needed good will? Is the idea to effectively dominate the news cycle immediately before and after the big speech?

Anyone who has ever attended a heavy metal or experimental concert staged by volatile, dangerous, and daring musicians—GG Allin, Black Sabbath or Alice Cooper in their prime, tons of non-American death metal bands—goes in fully aware that anything could and probably will happen up there, or out in the audience or even the parking lot. Large animals might be led onstage or eaten. Pyrokinetics could explode and set the venue aflame. The guitarist could decide that he hates his guitar and try to kill everyone nearby. The goth girl next to you could wig out on basalts and try to gnaw your face off.

Ninety-eight percent of political speeches are subjectively boring affairs, and nobody expects otherwise; one of the media's functions is to explain to laymen why some of these speeches are important. Podium-borne political theater will never be as discordant and chaotic and surreal as a Burned Mind-era Wolf Eyes set or Insane Clown Posse headlining a Gathering of the Juggalos. However, there is no valid reason why political theater shouldn't be allowed surprise or startle as it is happening, for pundit and punter like.

How awesome would it be if everyone experienced the same parries and feints and entreaties together, all at once, delivered with the speaker's idiosyncrasies and tics and inflections—along with the excitement of the attendant audience? Wouldn't that be something? We would no longer be subjected to blog posts analyzing the differences between prepared speeches and delivered ones or pre-speech think pieces emphasizing how many times the president said "security" or "hope." We would no longer require "Top Ten Congressional Twitter Accounts" listicles immediately before the speech, or perhaps we would be less likely to require them. We can only hope; the only people who should have the State of the Union speech prior to showtime are the Vice President, a few press secretaries, David Axelrod, and maybe the techies operating the teleprompter. Everyone else should have to queue up and wait.