The system of U.S. government has already changed. 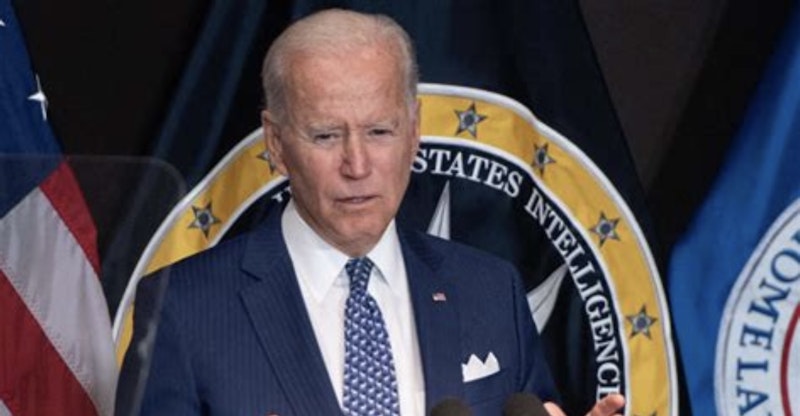 It’s often said (in Democratic fundraising, for example, or opinion columns) that democracy is at stake in the upcoming elections, threatened by measures to restrict voting, the Supreme Court’s fairly unpopular decision to overturn Roe v. Wade, partisan gerrymandering, and the appointment or election of Trump-like state officials who’ll try to delegitimize election results they don’t like. If people aren’t sufficiently impressed to disgorge a contribution by “democracy is at stake,” they go for “our very democracy itself is at stake,” which means the same at greater length.

Some of these are threats to democracy, if not to our very democracy itself, and the idea that partisan conspiracy theorists will be running state elections, in particular, is chilling. But I think there’s a much more serious threat to democracy, a force which has already compromised democracy in the last several cycles, particularly in national elections. The role of law enforcement and intelligence agencies has become determinative.

It must’ve occurred long ago to the people running these agencies that they can determine the outcome of elections. Probably they’re convincing themselves that it’s their right and duty to do this, and that they have no choice, and should do it as responsibly as possible. Even if they did this as responsibly as possible, however, they would’ve changed the form of government of the United States, which is, I believe, at the moment in junta and liable to display fewer and fewer vestiges of democracy over the next few elections.

It started after 9/11. The massive surveillance powers (essentially allowing enforcement and intel access to anyone’s communications at any time on any topic) constituted under the Patriot Act, gave agencies access to politicians’ communications, giving them the ability to eliminate any candidate or sitting official they saw fit, as long as that candidate had communicated something to someone sometime that could embarrass or destroy a politician. Most people have.

Edward Snowden claimed, when he was working as a contractor at the NSA, he could’ve accessed President Barack Obama’s communications. This claim has proved sustainable, I think, though the intelligence “community” claims to have introduced some safeguards. But, had Snowden wanted to hand the 2012 election to Mitt Romney, he very likely could have. And had the intel community as a whole wanted to select the president, they certainly could have (perhaps, they did). Now, that’s, I hope, merely a disturbing hypothetical. But things have gone way beyond hypotheses.

It’d be plausible to say that the 2016 presidential election was tipped decisively to Trump by James Comey’s FBI, who announced a renewed investigation of Hillary Clinton’s emails just a week before the election. The whole 2016 presidential cycle was controlled largely by intelligence agencies, who seemed to be constantly announcing and withdrawing investigations of both of the candidates. The outcome might’ve been a matter of whose investigation got announced when. If Comey had said what the Dems wanted him to say, right up to election eve, about Trump and Russia, he and his people might’ve handed the election to Hillary. Perhaps he regrets this, now.

Who was investigated for what was also fundamental in 2020, though perhaps didn’t amount to the FBI, CIA, and NSA selecting the president, though it would be rational to worry about what we don’t know. But Democrats hoped that law enforcement and intel investigations would eliminate Trump, or even get him impeached and incarcerated, before the election. If Mueller had been absolutely intent on getting rid of Trump, perhaps he could’ve. And perhaps also it was the Department of Justice that saved Trump when Attorney General Barr controlled the interpretation of Mueller’s results.

The intel community probably could’ve eliminated Biden by really crunching down on the Hunter Biden investigation or bringing it to a bad conclusion before the election. It’s possible that they actually selected Biden, in part by not focusing too hard on Hunter through the election period. All of that's happening at the level of intel, not electioneering, and the former is, more and more, where national elections are decided, by enforcement and also by omission: the investigations they pursue or announce, and those they choose not to.

Whether you think this is a good idea or not, or whether you think it’s justified or obligatory, law enforcement agencies are already having decisive effects on on the 2024 presidential election: obviously, as they flamboyantly search the home of the person who’s still likeliest to be the Republican nominee. And if people in the intelligence community think that Trump is dangerous and must be prevented from reclaiming the presidency, that wouldn’t be surprising. Have you heard the way he talks about them? And they can prevent his return if they wish, if they haven’t already.

And then, they could go back to Hunter, or not. They could threaten to, publicly or privately, and then perhaps watch Biden announce that he won’t seek a second term. If they want Ron DeSantis, or Nikki Haley, or whomever, they can very probably install him or her. Insofar as intelligence and law enforcement officials haven’t been selecting presidents—if they haven’t—we owe that to their incompetence or unconsciousness (I do see Comey that way) or the goodness and commitment to democracy of their own spirit, their generosity. If there has been some of that public-spiritedness so far, I wouldn’t count on it continuing.

The only assurance they offer is their own policy of not announcing investigations within 60 or 90 days of an election. First, they violate that policy all the time. Second, it makes no sense and is a direct violation of the mission of these agencies to enforce the law without fear or favor. It’s a ridiculous and ineffective policy, only in place through their largesse; it can be withdrawn at any moment and often is.

In particular regard to Trump, I admit, this is a terrible dilemma, because he has committed a variety of crimes. I’m not sure what law enforcement should do. But I’m sure that they’re deciding elections. That they can control the outcome of any election means that they do determine it. If they refrain from interfering, that is itself a decision with certain results. I believe that we’ve misidentified the most acute threat, and that the system of government of the United States has already been changed.