Pols pretend to dissociate themselves from their own sides. 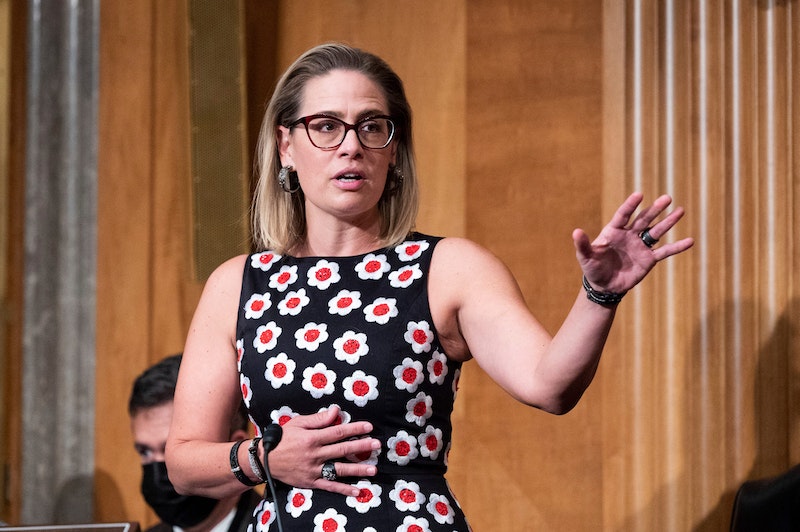 The population dividing into ever more political factions is a healthy process, which should end only when we’re a world of free individuals at last. However, primary season—and wrangles over big, ponderous spending bills—offer chances to see double-talking, please-all-sides political figures work to “square the circle” of their moderate or highly contingent, coalition-maintaining views, views that none of the factional purists love.

Sometimes the results of that sausage-making process are better than what the purists would have devised, sometimes worse. Almost always, though, the results are less than principled.

I used to be a “big tent,” coalitional kind of guy, in my way. An atheist anarchist laissez-faire capitalist has to make some compromises to get along with the ignorant general population. Eventually, though, especially after the past several years, you notice virtually no one else is trying to accommodate you (or anyone else) at all, not even in a “bracketed for later discussion” sort of way, and you decide to stop trying.

Working politicians don’t have that luxury, though (not that I pity them). They have to make it sound as if their negotiated, slapdash, half-assed, logically incoherent solutions are a good idea, even inspirational. They have to keep trying to please everyone, or at least appear to be trying to do so.

I’m happy to see hip Kyrsten Sinema stand in the way of one tax increase, but let’s not pretend keeping the (rich-guys-pleasing) carried interest loophole open at her behest makes the impending $700 billion so-called Inflation Reduction Act of 2022 a dose of free-market freedom for the whole populace. America will still get milked for about $300 billion in new taxes under the bill, purportedly targeted at deficit reduction but, as it happens, just about equal to the amount of new government spending called for under the same bill.

Two steps forward, two steps back, then everyone applauds themselves. Government! (The simple, real solution to inflation would be to keep the number of units of currency in existence constant instead of continually printing more and thereby making each dollar less valuable.)

The Inflation Reduction Act isn’t just taxing and spending, though, since it calls for a 40 percent reduction in carbon emissions in the next eight years, which is nearly as psychotic as outlawing half of civilization overnight and will have virtually no impact on this century’s (harmless) projected inch-or-so rise in sea levels (over which rich left-liberals with expensive beachfront property tend to be far more alarmed than the rest of cash-strapped humanity is, for obvious reasons).

It makes sense that liberals are beginning to call this mammoth bill Biden’s version of AOC’s Green New Deal. If the radicals want governmental bloat, the mainstream moderates are more than happy to provide it, all the while pretending to maintain a “reasonable” distance from the extremist fringe.

Having his cake and eating it too is Biden’s way, making him sort of a one-man coalition and thus quintessential sleazy mainstream politician. Show him an impending recession, he’ll just get his allies in government, media, and Wikipedia to redefine “recession.” Problem solved. Show him a messy border situation, he’ll pay to complete Trump’s border wall while encouraging Democrats to campaign as the friends of immigration—and building half his speeches around condemnations of that nasty xenophobe Trump.

That’s the sort of incoherent blend that lets successful politicians campaign in one way to group A and the opposite way to group B, all the while maintaining plausible deniability about the very policies they fervently touted the day before. The Democrats are the party of peace and open-mindedness about socialism, we’re told, but we’re also told Pelosi is heroic for visiting Taiwan, which an angry China still regards as its own rebellious breakaway anti-communist territory. (If our pols really wanted to oppose Chinese communism, they’d be more consistently anti-government themselves and would encourage not just Taiwan but Hong Kong, Tibet, Shanghai, and other less glamorous regions to distance themselves from Beijing.)

If Trump, himself something of a centrist, wanted to be a consistent beacon of American individual rights against foreign autocracies, he wouldn’t suck up to the Saudi regime as if keeping the peace on one of his golf courses mattered more to him than defending the families of 9/11 victims who are still pursuing investigations and lawsuits over what happened that day and which foreign officials were involved.

But then, Trump’s version of centrism—packaged as radicalism—is really just to get his own loyalists into government in place of the socialistic drones already there, then declare the new batch “great” not because they’re successfully downsizing government or making any other big changes but simply because they’re his own loyalists. And yes, that is rather Viktor Orban-like. The Hungarian prime minister, who spoke at CPAC last week, has similarly tried to consolidate power by replacing bureaucracies with politicized Orban loyalists.

Looking ahead to 2025, when president-in-waiting Trump could well be in power again, it’s sad from the perspective of a genuine believer in shrinking government that the purported Trump second-term agenda recently reported sounds like a mere restaffing of the state apparatus, not a shrinking or elimination. He reportedly wants to be able to fire people that a president himself traditionally couldn’t fire—no guarantee they’ll be replaced by anarchists, libertarians, or even serious conservatives. Just another, larger and more aggressive, round of civil-service-shuffling “us good, them bad.”

The key to success for mainstream politicians is just convincing you there is an us and a them while keeping all the same shuffling and plate-spinning going regardless of who’s in charge.