Messing around with Title 5. 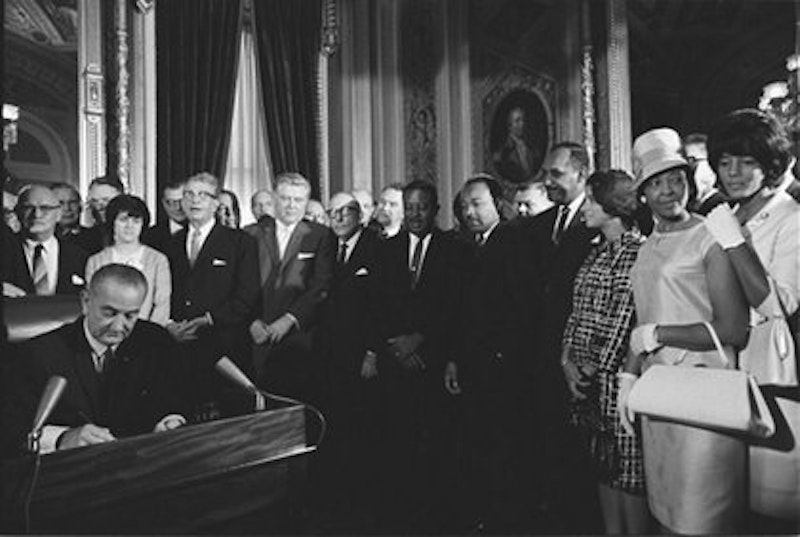 Back about a century ago, Maryland was exactly the reverse of what it is politically today. The wealthy, sprawling and heavily unionized counties of Western Maryland rivaled the bossed-and-bought City of Baltimore for political hegemony and Republicans were equal partners in government as well as aggressive rivals with Democrats in state politics. The Republican parity was largely because of blacks.

The Western Maryland counties—Garret, Allegany, Washington, Frederick and Montgomery—comprised the state’s original Sixth District, the most liberal in Maryland because of the unionizing influence of coal miners and railroaders. Cumberland, dubbed the “Queen City,” was Maryland’s second largest municipality behind Baltimore. Baltimore had its fabled port and Cumberland had the C&O Canal and numerous railroads hauling coal that brought great wealth to the area, now one of the state’s most depressed regions.

There were about 250,000 blacks in the entire Sixth District and only 50,000 of them were registered to vote. And most of them voted Republican. That in itself was considered a seditious act by the state’s undisputed Democratic political boss, Arthur Pugh Gorman, and his Baltimore ally, Isaac Rasin. It also caused heartburn in the State House in Annapolis.

There, much time was consumed “by debates over the best way to achieve the priority ‘reform’ of disenfranchising the Negro,” according to a 1969 master’s degree thesis by the Rev. Thomas D. Masterson, S.J. One proposal, based on a study of Southern subterfuge, was a “combination of a ‘literacy’ test, in which interpretation of parts of the state constitution would be used by election officers to bar Negroes, and of a ‘grandfather clause’ which would protect illiterate whites.” There were also considerations of poll taxes on top of literacy tests as well as a property ownership qualification.

On another occasion, then-State Sen. David Lewis, a progressive Democrat from Western Maryland and later, as the congressman who authored the Social Security Act and many other New Deal reforms, opposed the national women’s suffrage amendment in 1915 with this argument:

“If the Constitution should be amended to give women the vote in such a wholesale manner, 45,000 Negro women would be given the ballot in Maryland, a condition wholly intolerable.”

The early efforts in Maryland, then a schizophrenic state at best on race, appear to have been less about racism than about pure politics and the determination of Democrats to break the Republicans’ iron grip on the black vote, a guaranteed delivery system since Abraham Lincoln’s Emancipation Proclamation. The wholesale changeover finally occurred, irrevocably, in 1965 when President Lyndon Johnson signed the Voting Rights Act at the height of the civil rights movement.

Enter the U.S. Supreme Court last week and its majority of five conservative justices who sharply questioned the continuing need for Title 5 of the landmark 1965 Voting Rights Act which guaranteed inclusion of minority voters in the nation’s political process. Under Title 5, certain states must obtain Department of Justice pre-clearance before they can make any changes in voting laws. (When Johnson agreed to the 1964 Civil Rights Act and the 1965 Voting Rights Act, he predicted that because of his actions Democrats would never again carry the South.)

Title 5 has been reauthorized by Congress four times, most recently in 2006 when it was extended for 25 years by a Senate vote of 98-0. It was this fact that brought a tart observation from Justice Antonin Scalia, the court’s most acerbic member, who described the Title 5 protection clause as a “perpetuation of racial entitlement.” He said, in effect, that Title 5 has survived because it has been packaged and sold with the “wonderful” name of Voting Rights Act.

The phrase “racial entitlement” attracted the most attention as well as derision during the court’s extended arguments. It implies a gift from the court instead of a statement of law and suggests judicial activism at its liveliest and most aggressive, an occupational affliction that conservatives usually attribute to liberals. At its meanest, it’s a throwback to the old South and the 1900s debates in the Maryland State House to suppress, if not eliminate completely, the black vote.

The case to eliminate Title 5 was filed by the attorney general of Alabama who acknowledged past transgressions in the South but argued that the law is outdated and no longer necessary. Most legal analysis is divided over whether the court will throw out the entire Title 5 of the Voting Rights Act or simply the formula by which it is applied. In the latter case, the formula would go back to Congress for reworking.

Yet, despite Title 5, the election mischief continues. In the 30 states where Republicans control either the State House or one or both houses of the legislature, systematic efforts to tamp down the minority vote are routine exercises in suppression. Florida engaged in an unnecessary voter purge until it was ended abruptly by the Justice Department. Florida shut down some voter locations, and moved others, causing painfully long lines. And there, in the House gallery at the state of the union address, was living proof, a 102-year-old black Florida woman who waited in line for five hours to vote.

Ohio shut down and moved polling places. Pennsylvania enacted legislation that was supposed to deliver the state to Republican Mitt Romney. Texas was blocked from adopting specific voter ID requirements that would have prevented many people from voting. Sixteen states now require photo IDs for voting while 34 states have non-photo requirements. In Indiana, eight nuns were prevented from voting because they lacked photo IDs, usually drivers’ licenses. Together, during the 2012 elections, the Justice Department monitored voting activities in 20 states for irregularities. And Congressional and legislative gerrymandering continues unabridged, contorting all-black districts so that others can be bleached.

So because of the 1965 Voting Rights Act, and despite an occasional aberration, the black vote in Maryland (as well as nationally) is solidly Democratic. Blacks voted 90 percent for Barack Obama in both 2008 and 2012. In Maryland, 33 percent of the population is black, the largest of any state outside of the Deep South. Baltimore City is 69 percent black and Prince George’s County is 74 percent black and contains one of the wealthiest black enclaves in America, Mitchellville. And over the years, Baltimore County has experienced the largest growth in black population of any non-black county in the nation.

Maryland has been among the states at the forefront of facilitating the voting experience. The state’s initial experiment with early voting began slowly but is gaining steadily in popularity as its availability becomes known. And efforts to expand early voting by increasing the number of days as well as polling places is high on the agenda in Annapolis this year. Absentee ballots are available to anyone as is provisional voting. And the legislature has before it this session a bill to allow online voting. Title 5 is not only a protection. It’s a right. And the know-nothing conservative answer is to rig the system.