Katy Tur in the Pit of Social Media

The MSNBC anchor writes a blunt, incisive memoir, come what may. 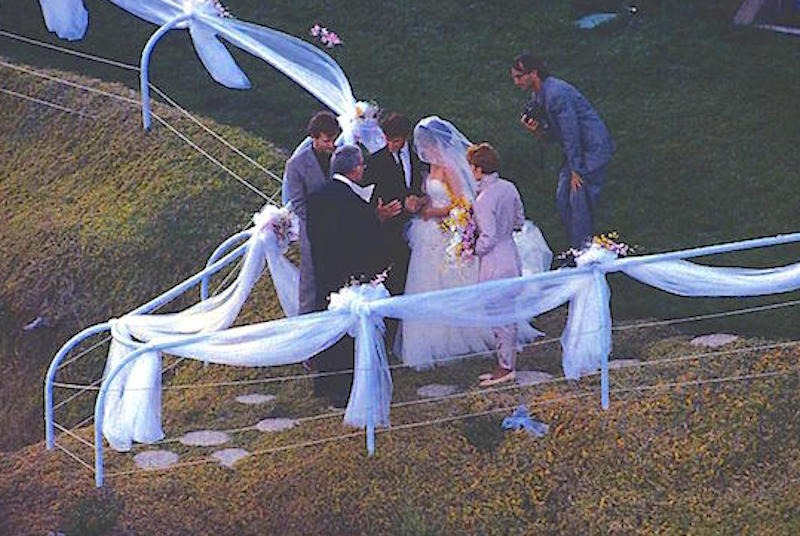 I write these words in an Adirondack cabin without Internet access. It may be for the best, as otherwise I’d be compulsively checking Twitter for reactions to Katy Tur’s new book Rough Draft. It’s an absorbing memoir, loaded with blunt opinions and disconcerting revelations. It first came to my attention through Twitter, as did Tur.

During the 2016 campaign, someone retweeted a Tur tweet into my timeline. It had an overhead photo of a Trump rally, and Tur noted that she was in the crowd, dressed in yellow. I had little difficulty locating her short yellow skirt. A long-ago girlfriend once said that I’m oblivious to many details of everyday life but can remember what skirt a woman was wearing years later. I’ve followed Tur’s career ever since, the seedling of lasciviousness blossoming into an interest in her journalism.

The MSNBC anchorwoman writes, “Despite my best efforts, critics on Twitter can really drive me crazy.” The thread of hers that called the book to my attention likely spurred such discontent. She tweeted a story about how, in 1985, Madonna gave the finger to Tur’s father as he flew his news helicopter low over the singer’s wedding to Sean Penn; followed by a massive payday when the pictures were bought by a top paparazzo. This was an example, Tur explained, of her parents’ aerial journalism, which “captured some of the most iconic footage of the era” but also plausibly helped bring about “the downfall of TV news” and eventually left her parents’ careers and marriage in ruins.

Many on Twitter had negative reactions to Tur’s thread, complaining she was “proud” of her parents’ airborne exploits, that she knew how to “set a tone” and here was giving approval for aggressive sensationalism. I was intrigued by her thread, which struck me as expressing chagrin more than celebration, and tweeted that I’d buy the book, which got me some pushback for falling for Katy’s wiles.

Yet while knee-jerk outrage is a pervasive Twitter tendency, Tur’s career was turbocharged by social media, along with the 2016 Trump campaign that propelled her to fame. The candidate called her out at a rally for “not listening” to him and then nodded with seeming approval when she yelled back that she was tweeting his words. That marked the start of a high-profile pas de deux of regular confrontations, as when he called attention to “little Katy,” a “third rate journalist,” and security agents escorted her through the baying crowd. A few years later, I started the audio version of her campaign memoir Unbelievablebut turned it off as the opening was punctuated with “Holy shit!” exclamations inappropriate for my son in a car-seat in the back.

Rough Draft’s recounting of Katy’s parents’ work and her childhood isn’t an effort at glamour. She gives credit for their boldness and innovation, and conveys some of her young excitement at tagging along on helicopter rides. But she portrays all this as an endeavor suffused with compulsions for risk-taking and attention-getting, mostly on the part of her father, Bob Tur (later a woman, Zoey Tur); and she embeds it in the context of a family life darkened by Bob’s anger and physical blows. She recounts the ups and downs (more of the latter) in her relations with her father over several decades, including during the gender transition; Zoey’s refusal to acknowledge the abuse she’d dispensed as Bob brought one falling-out, and an epilogue notes they’re “texting again, if only barely.”

There’s a bluntness throughout Rough Draft, including in Tur’s self-assessments. The stories of her hectic life as a journalist don’t have a woman-who-can-do-it-all feel but rather tell of difficult trade-offs between work and family life, of insecurities and bad memories, of a courtship and marriage that could’ve gone off the rails but fortunately didn’t; of the tedium of “trying” to conceive a child; of an arduous pregnancy followed by a hallucinatory episode; of hurriedly failing to finish shaving her legs.

Tur won a Walter Cronkite Award for Excellence in Television Political Journalism for her work on the 2016 campaign. In a wonderful chapter titled “Thinks She Is Cronkite,” Katy responds to smartphone critics who consider her undeserving of such honor, and call her a “turd,” by recounting various foibles of Cronkite’s actual career, as opposed to the hazily-remembered exemplar of some journalistic golden age. These included Cronkite doing illicit recording at a political convention, taking inappropriate gifts from an airline, and inserting fake skeptical shots of himself into a never-aired interview with LBJ.

During quarantine, Tur’s mother Marika sent her a hard drive with a digitized archive of her and Bob’s helicopter journalism. That became the inspiration for this book, the pandemic having put aside Katy’s plan for a 2020 on-the-road campaign narrative. Rough Draft has stories about current events, up through and including the January 6 insurrection, but this excellent book’s central appeal is its personal nature and willingness to let the chips fall where they may, in social media and life.