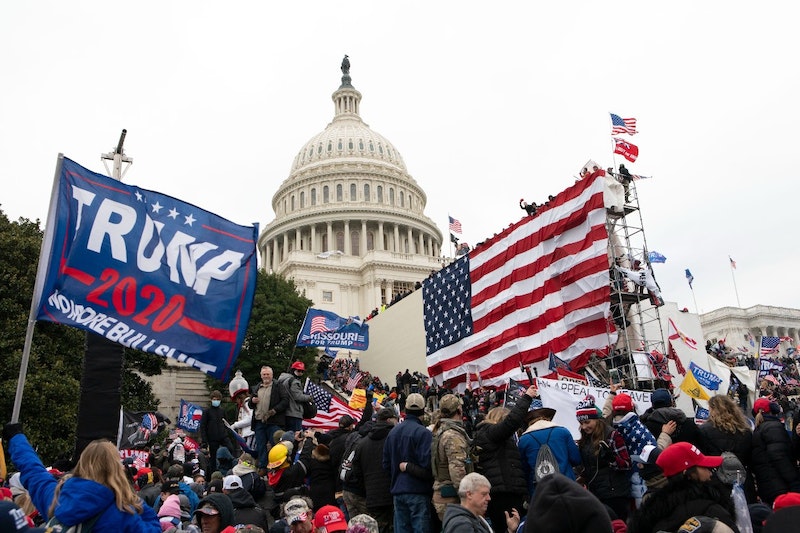 As the one-year anniversary of the January 6, 2021 Capitol protest (a.k.a. J6) nears, the past few days offer reminders that conspiracies within the establishment are a more frequent problem than the occasional conspiracy among the rabble to attack the establishment.

Former Sen. Harry Reid passed away, having lived long enough to see some official affirmation of his belief that the government has UFO secrets worth disclosing. He reportedly spent the last few months of his life trying to persuade President Biden to reveal them. I don’t know if there are aliens, but we all know malevolent powers rule the Earth and believe themselves uniquely qualified to control scientific and military secrets.

Writer/activist Andrew Vachss also died, having long used his fiction and non-fiction to draw attention to the plight of exploited children around the world and urge greater society-wide responsibility on that front. I spoke to him briefly once while working in TV news, and when I asked (in the parlance of the day) whether he thought “It takes a village to raise a child,” the eye-patch-wearing thriller-writer grimly intoned that unfortunately “It takes a village to rape a child.” I wish he’d lived a few more days to see jet-set teen-groomer Ghislaine Maxwell found guilty.

One small way to carry on Vachss’ work is simply to remember that elite crimes of Maxwell’s sort don’t end just because she’s in jail and Jeffrey Epstein is dead. Their associate, fashion executive Peter Nygard, to name just one other part of their web, was recently outed not just for sexual harassment but for pressuring his girlfriends to have abortions so that he could use the resulting fetal blood as a rejuvenation treatment for himself. That’s mighty pro-choice of him, and a bit vampiric.

Whether it’s revealed that Prince Andrew was lying about his relationship to one of the girls in Epstein’s orbit may now hinge on whether Andrew is found to be physically capable of sweating. She says yes in her testimony; he insists a rare medical condition means no. They’re all sleazy—and they’re not alone. A second CNN staffer (the first a Chris Cuomo producer) was arrested for sex crimes involving minors late last year. It’s safe to say this is a recurring thing among the powerful, though it was recently “just a conspiracy theory.”

But people like the ones named above would prefer you fret instead over the members, arrested and un-arrested, of the purported insurrectionist conspiracy of J6, basically a ragtag bunch of activists and amateurs who wanted to make some noise that day in support of their favorite president, Trump.

The legal and political establishment—especially Washingtonians, from what I’ve observed—largely joins in the freakout over J6. A federal judge has rejected the right-wing Proud Boys group’s argument that its communications that day were political free speech, not criminal coordination. Numerous nominally conservative figures such as Mitt Romney call J6 a desecration of democracy. Is it freedom Romney wants to protect, though, or merely big government? Not coincidentally, he may yet become a saving vote in the Senate for Biden’s mammoth Build Back Better legislation.

It seems bizarre now to think that milquetoast Romney was so beloved by the Republicans of 2012 that one of my conservative acquaintances unfriended me for my failure to vote for Romney, while a few bizarre moderate Republicans such as David Frum even considered Romney a dangerous far-right Tea Party rabble-rouser and hoped to see the party quickly move in a more moderate direction.

By contrast with the establishment, the pro-Trump site American Greatness now urges that conservatives adopt the radical practice of celebrating J6 the way the left sometimes celebrates the (far more violent, far more destructive) French Revolution of 1789. It might be fun if people started wearing copies of that “shaman” rioter’s horns this time each year, the way Brits wear Guy Fawkes masks in a good-natured celebration of an attempt to blow up Parliament centuries ago. And a third of Americans say, why stop at symbolism when it comes to violence against government?

I still long to see these matters resolved without violence, but I encourage celebrating more slow-motion signs of resistance to DC. Celebrate, for example, the news that that city underwent a bigger percentage population drop in 2021 than did any U.S. state. It’s a small step in the direction of the ideal outcome, in which the 50 states continue to exist and DC doesn’t. (I confess that of the 50 states, the biggest percentage population drop was experienced by the one in which I live, New York, ruled as it has been by Cuomos and communists. In raw numbers, California lost even more people than New York.)

If enough people—and power—rush away from the U.S. Capitol, there will be less perceived need for mobs to rush into it.