The Bright Side of Climate Change

Regardless of what people like to do outdoors, a warm winter day is welcome. 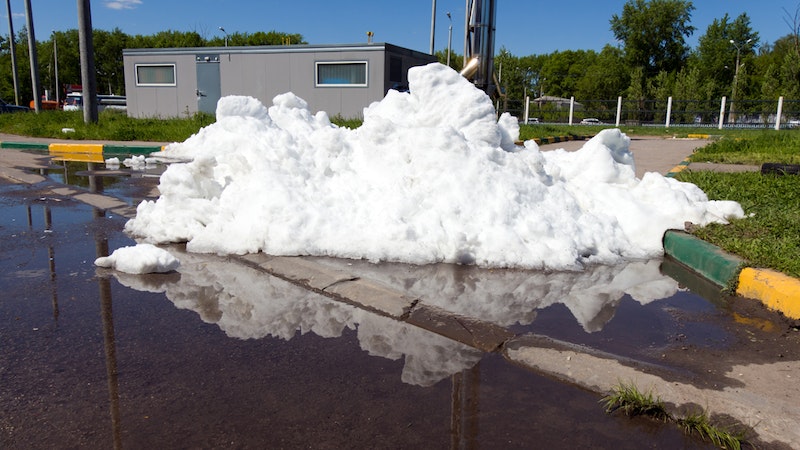 In recent years, there have been more warm days in the winter in the northern part of the United States. It’s happening because of climate change, and it’ll continue for the foreseeable future. Humans contribute with deforestation and carbon emissions.

However, climate change is a problem that also causes nicer weather in the winter—and we should enjoy them. Countless articles argue about whether or not it’s okay to relish unseaonable weather in the winter. It’s a stupid question. The weather is here. We won’t fix this problem immediately because it’s not logistically possible. Even Green New Deal supporters wanted to give the country more than 10 years to reach net-zero emissions.

Many developed countries plan on reaching net-zero emissions by 2050. We’re going to see the average temperature rise as long as we’re emitting greenhouse gasses, and it may continue to rise even without those emissions. That’s because the earth’s surface temperature has fluctuated throughout time.

The days when it reaches the 50s, 60s, or even 70s outside in the winter are great. It’s a perfect opportunity to walk on the beach if you live in a coastal area. The beach is far less crowded now than it is during the summer, even if other people have the same idea. I’ve counted a couple of hundred people at Rexhame Beach in Marshfield, Massachusetts in the summer before. Even a few dozen walkers means far fewer people than in July or August—and the weather is far more pleasant. The sunburn risk isn’t as bad either, although it exists.

The best part is that you don’t need a beach sticker in the winter. You don’t need to pay $20 for a sticker for the day or whatever the community charges. Some beaches only require a sticker from Memorial Day to Labor Day. Others are more strict, but the odds of someone enforcing those laws at a beach in January or February are far lower than they are in July or August. If a cop has enough time on their hands to ticket you for parking in an empty parking spot in the winter, then maybe there are too many cops.

Even if one doesn’t live near a beach, there are plenty of other places to go for walks, including neighborhoods, community tracks, or just around town—if your town has sidewalks. A lot of South Shore communities in Massachusetts don’t have a lot of sidewalks because walking isn’t a practical way to get to many places. Or, in the limited spots where there are sidewalks, they’re awful because someone thought planting a tree right next to the sidewalk was a good idea. It’s not; it uproots the sidewalk and makes them unusable for handicapped populations.

Some like to go freshwater fishing in the winter when it’s warm outside, but I haven’t had much luck with it; fishing is much better in the other three seasons, especially the fall. Many fish are less active in the winter, and the water doesn’t warm at the pace the atmosphere does, so one day where it’s 62 degrees Fahrenheit won’t disrupt what’s going on underwater. People can catch trout in the winter. The Massachusetts government stocks select ponds with trout, but it largely neglects southeastern Massachusetts in favor of the central/western parts of the state and Cape Cod. That’s yet another reason to not pay for the never-enforced fishing license; it’s a regressive fee that doesn’t help my part of the state.

Regardless of what people like to do outdoors, a warm winter day is welcome. Exercise is good for people’s physical and mental well-being. During a coronavirus pandemic that’s messing with people’s minds and poses a greater risk to the overweight and obese, exercise is vital—even if the reason for the warmer days in the winter is a climate-change problem.