Everything is Falling Apart in America

When is our government going to fix our crumbling infrastructure? 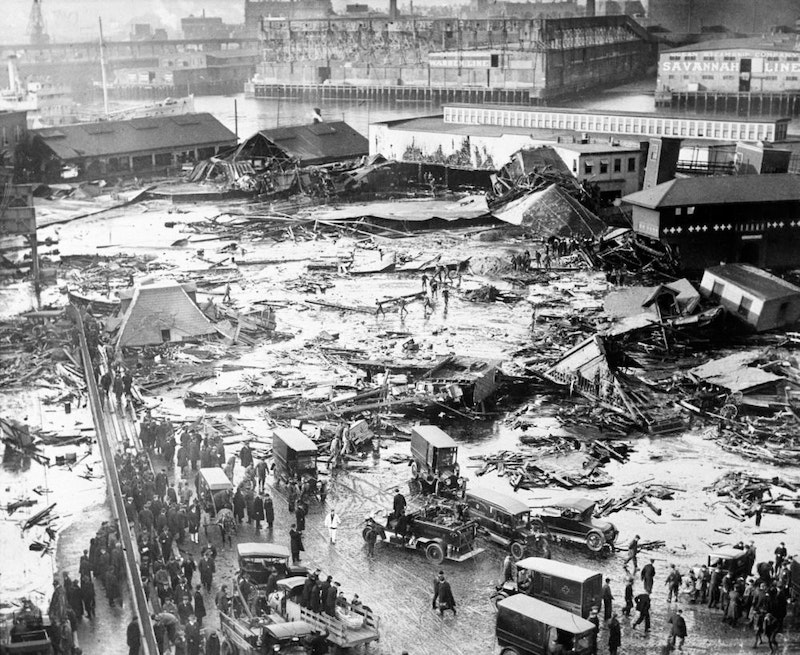 This October will mark 19 years since I entered the news business, and each administration that’s been in office since has promised better infrastructure. White House press secretary Jen Psaki did so just last week. “America needs to build new infrastructure across urban and rural areas, and create millions of good paying jobs,” Psaki told reporters.

While the government doesn’t and shouldn’t create jobs, Psaki is right that we need new infrastructure across urban and rural areas. This is the 21st century. People travel, sometime great distances, for all kinds of reasons. New and better roads and bridges ensure that people get to where they want to go safely and quickly. New and better roads and bridges also means those workers’ Amazon boxes will arrive on their doorstep as expected. People today get from Point A to Point B in a somewhat timely manner, and e-commerce businesses are getting by with the quality of road conditions that we have, but how much better would it be if Congress got its nose out of what the government isn’t required to do and focused on the infrastructure that would benefit everyone? How much time has the legislative branch wasted in recent years on the Mueller investigation and impeachment?

President Biden has promised an infrastructure plan with a price tag ranging from $1 to $2 trillion depending on what news outlet you read. If that seems excessive, consider that President Trump had infrastructure plans with price tags around that same amount. The problem is Congress. The American Society of Civil Engineers (ASCE) feels the same. In its latest report card on infrastructure, ASCE gives America’s infrastructure (i.e. roads, bridges, highways, etc.) a C-minus off Trump’s four years in office. It’s the first C grade in decades for the United States, up from a D-plus in 2017. ASCE notes the failure of Congress to push through a major funding effort.

House members want to make sure legislation benefits people in their area while not costing too much. As for senators, they’re on the hook for an entire state. One bad move could cost them re-election. Still, the legislative and executive branch needs to sit down and share concerns and ideas. Legislators also need to listen to one another, because not everything from a Republican or Democrat is a terrible idea.

Both parties appear open to increasing the federal gas tax. This funding mechanism hasn’t been increased since the early 1990s, but raising the tax too much could push more people to carpool or take public transportation. How would that help bring more money into the till?

Congress and the White House could also impose new fees on hybrids and electric vehicles (EVs), but doing that too much could mean fewer people make the switch from gas-powered to alternative-energy models at a time when the administration is nudging people to make the change so as to reduce emissions.

Taxing e-commerce giants such as Amazon is a possibility, not to mention adding more toll-roads across America. Still, tolls slow people down. As for taxing Amazon more, that would likely be passed down to consumers who may opt to shop less on Amazon and send countless Amazon drivers and workers to the unemployment office.

There’s also the idea of a vehicle-miles-driven tax. Representative John Garamendi (D-CA) mentioned that approach during a recent appearance on Fox News Channel’s “Your World with Neil Cavuto.” “We do know that the excise tax for gasoline has not been raised for two decades, actually a little longer than that, and we do know that if we go to electric vehicles and hybrids and the rest that a whole lot of people are not going to be paying,” Garamendi told Cavuto. “So we need to look at vehicle miles driven.”

The idea of a vehicle miles driven isn’t new, but it’s anyone’s guess as how quickly technology of that scale can be made, placed in vehicles, and added to gas station pumps to determine how much we’re taxed. It’s also a mystery as to how much this will cost consumers. If you put tech in cars that can “talk” to gas pumps and help determine how much a driver is taxed, that’ll drive up the cost to manufacture that vehicle. At the same time, adding that kind of tech or building new pumps won’t be cheap for gas station operators. How would that person make the money back? If the answer from legislators is “tax breaks from the federal government,” that means taxpayers saddled with more debt.

I’d recommend the federal government increase the fuel tax a bit and impose fees for EVs and hybrids. I also want the feds to stop using transportation money on things like bike paths. I’ve no problem with bicyclists, but even they use motor vehicles from time to time to, like the rest of us, drive to office buildings, restaurants, stadiums, and or vacation rentals.