It’s 2015 and Prohibition is Still Stupid

Legalize drugs and cut the belly of Big Pharma. 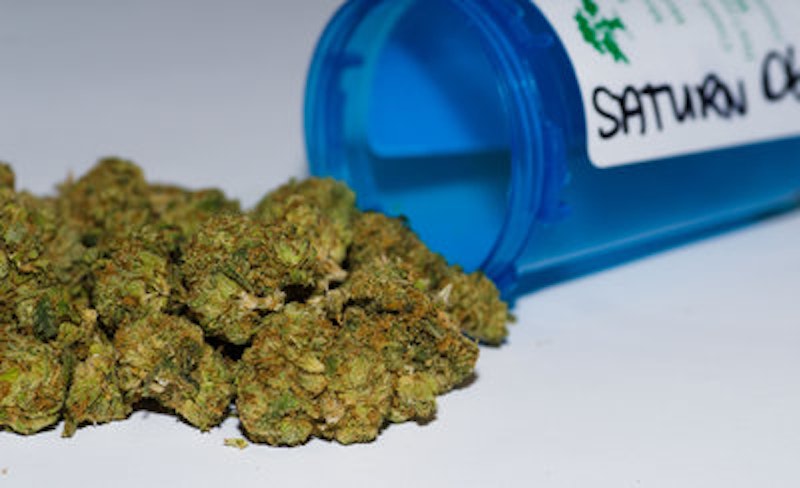 The one regret I have about leaving California is that I’m now trapped in a prohibition state. I can’t obtain the lab-tested edible or topical extracts that I purchased regularly from licensed and regulated dispensaries there, and must depend upon sketchy criminal sources who can provide nothing but smokable weed, which really isn’t the best modality of treatment for my various ailments. Additionally, my supply periodically runs out, and can be difficult to replenish. In California, it was a 15-minute drive to Buddy’s in San Jose, probably the best dispensary in the San Francisco Bay Area. They knew my medical needs and took good care of me. I obtained quality extracts at reasonable prices, happily paying the additional tax in exchange for knowing what I was getting. I’m in physical agony here, and when I run out of smokable weed, my rage becomes incandescent. It is in everyone’s best interest to see that I do not succumb to my anger.

For a 61-year-old man, I have an extremely minimal list of medicinal requirements. I need a half a gram of sulfasalazine per day to counteract the liver effects of the six to eight watery American beers per day that I drink to alleviate the anxiety triggered by living among a race of morons. I need at least 30 to 60 mg. daily of THC, preferably accompanied by one or two milligrams of CBD and CBN to reduce pain and inflammation, and to combat my tendency toward glaucoma and anorexia. Once in a while, I take a baby aspirin if I’m feeling any chest pains no doubt associated with my three-pack-a-day cigarette habit, which keeps me focused and far less likely to kill everything in sight.

That’s a pretty affordable medicinal regimen for a man my age, with my medical conditions.

My conditions include a recurrent basal cell skin cancer, HCV, multilevel degenerative disc disorder, possible glaucoma, and a lifelong PTSD condition that occasionally triggers thermonuclear rage. Pot keeps the latter in check, even smokable pot, augmented by the occasional dose of LSD to remind me that violence is stupid.

Medical marijuana took care of all of these conditions cheaply, with no unpleasant side effects. Compare that to the extravagantly priced range of drugs that Big Pharma has to offer and the absurd range of side effects concomitant with the use of those drugs, and the wisdom of my choice becomes clear. I’m not stupid. Prohibition is stupid. It didn’t work under the Volstead Act, and it isn’t working now.

Medical marijuana was legalized in New Jersey in 2010, but the implementation of the law is so flawed that it’s a losing enterprise. There are only two dispensaries, and both somehow lose money. No edibles or extracts are available and it is nearly impossible to get certified as a patient. That bloated gasbag Chris Christie is quite open about his refusal to make the medicine more available, probably in deference to his campaign contributors in the pharmaceutical industry. He could’ve saved Atlantic City with marijuana. Pot tourism is providing an enormous revenue stream to Colorado, creating jobs, bolstering the economy, and generating $45,000,000 in tax revenue in the first eight months of 2014.

Here in Florida, a ballot measure to legalize garnered 58 percent of the popular vote, but it needed 60 percent to pass. As an alternative to chemotherapy, it poses a very serious threat to Big Pharma’s biggest moneymaker here, so it’s probably going to be a struggle. Cancer is big business, and a cheap, easily accessible, non-patentable cure would ruin that business.

In Los Angeles, there are more pot dispensaries than Starbucks.

Prescription drugs kill more Americans each year than all illegal drugs combined, and the leading cause of catastrophic liver failure in this country is acetaminophen, a.k.a. Tylenol. I actually had a recent encounter with a doctor here who suggested that I use Tylenol for my chronic back pain, stating that marijuana was “bad for you.” I asked her to elaborate on how marijuana could possibly be bad, and she said, “It causes depression.” Without missing a beat, I replied, “That must account for its enormous popularity” and walked out the door. She followed up with a phone call imploring me to take advantage of her offer of a free colonoscopy. I told her that while the idea of lying naked on a table blissed out on propofol as a gorgeous blonde in medical drag shoves a weed-whacker up my ass has a fair amount of kinky appeal, I wouldn’t trust an idiot who’d recommend Tylenol to an HCV-infected patient and thinks marijuana causes depression to lance a boil.

My favorite political group of all time, the notorious post-Marxist Situationists of Paris, 1968, had many catchy slogans, of which my favorite is “Be reasonable: demand the impossible.”

Forget the limited “medical marijuana” approach. It’s clumsy, and it involves doctors, most of whom are mercenaries getting their pockets lined by Big Pharma. The Colorado model is proving itself to be the best way to go with cannabis, and I’d go even further: end the “War On Drugs” entirely. Portugal did just that, in 2001, and both crime and drug use have steadily declined ever since. Methamphetamine shows tremendous promise in the treatment of Parkinson’s disease, and regulated and standardized heroin would be much cheaper than fentanyl or oxycontin. Cocaine has no real practical value and is dangerously unpredictable, but I’ve never known a coke user who wouldn’t prefer good quality meth.

When it comes to Prohibition, you’re on one of two sides: organized crime, or the taxpayers. Legalize, regulate and tax, and you boost the economy by creating jobs and generating revenue. Continue down the current path, and you’re providing organized crime with an endless stream of profit. Substance abuse experts maintain that about a third of those exposed to addictive drugs actually become addicted, with the sole exception of cigarettes, which tend to addict about 85 percent of users. Most illicit drug users are casual recreational users holding down jobs and living responsible lives. Interestingly, about a third of the population using credit cards either cannot or will not use them responsibly. Nobody talks about banning credit cards.

My interest in this is purely selfish. I choose to live very simply, and prefer not to engage with a profit-driven medical industry. I’m as qualified as any doctor to treat my ailments: it seems to annoy them that, in spite of my continued drinking, my liver functions remain consistently and relentlessly normal. If I have to make my own extract to deal with this stupid little basal cell carcinoma, I will.

When we said “flower power!” in the 1960s, we weren’t talking about roses. It’s high time to stop the nonsense.