Race can be constructed around religion. 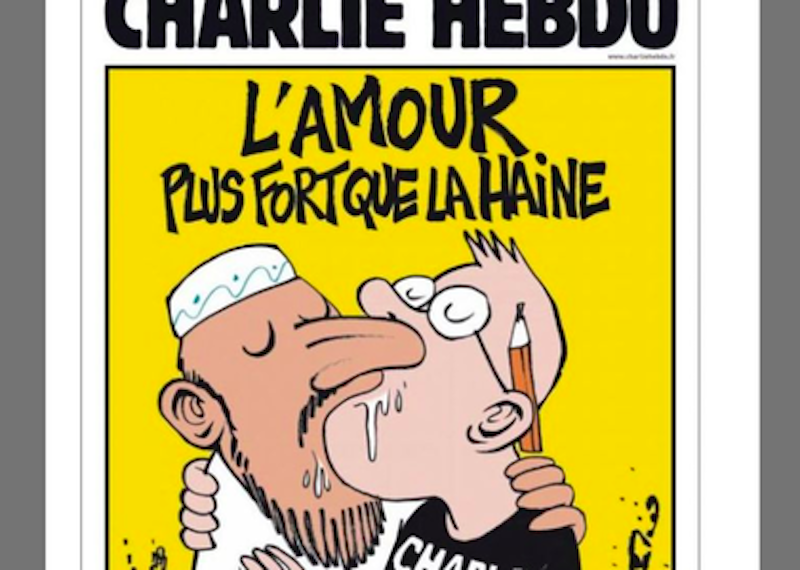 Islam is a religion. As a result, there is no such thing as racism against Muslims.

I've seen that argument a lot in the last few days. The assassination of cartoonists at the publication Charlie Hebdo in Paris has led to a lot of discussions about attitudes towards Islam in Europe. Some people, like Jacob Canfield at my website the Hooded Utilitarian have argued that many of Charlie Hebdo's cartoons were racist (which, Canfield emphasizes, in no way excuses the attacks.) This in turn has led many people to argue that caricatures of Muslims, or sneering at Muslims, can't be racist, because Islam is a religion, not a race.

This sounds logical, but it isn’t. The problem is that "race" isn't a clearly delimited biological scientific fact. Humans are all one species; race is just an arbitrary thing we use to group people together. It's a social construct.

In the U.S., that construct is based heavily on color; we are used to seeing different races in terms of different skin tones. But that's a social convention. At other times, in other places, race has been defined in different ways. Not infrequently, that definition has involved religion. The Nazis, for example, promoted a version of anti-Semitism steeped in bastardized eugenic theory. They "viewed the Jews not as a religious group, but as a poisonous 'race,' which 'lived off' the other races and weakened them." If you had a Jewish parent, you were still considered a Jew, even if you converted. Thus, Nazi ideology, and Nazi law, changed religion into race. What your parents believed became intrinsic to a racial identity—and, not coincidentally, grounds for extermination.

The Nazis are an extreme example, but they aren't alone. In the 1600s, English discrimination against the Irish was fortified and justified in part by hatred of Catholics. Catholicism became essentially part of the definition of the Irish as a "race." "That which in Ireland took the form of anti-Popery… was a classic system of racial oppression," according to historian Theodore W. Allen.

Anti-Muslim sentiment has functioned in much the same way as anti-Popery in England, or anti-Semitism in Nazi Germany. Muslim religion is tied to ethnic identity, and then Muslims are caricatured and discriminated against as a racial group, often by conflating "Islam" with "Arab." Thus, as Canfield pointed out, cartoons often represent Muslims in stereotypically, racist ways—as swarthy, ominous, hook-nosed degenerates, not far off from the way Nazis represented Jews. They often are shown with turbans too… which is why Sikhs are frequently the target of anti-Muslim violence. According to the logic of racist Islamophobia, Muslim is not (or not only) a religion, but an appearance. You can look "Muslim" by wearing a turban, having a certain skin tone, or certain facial features. And if you look "Muslim" then you’ll be discriminated against and targeted as a "Muslim." The Islamic religion is used as part of an identity that can be, and is, policed.

So does that mean that any criticism of Islam is racist? I don't think it does. But it does mean that criticisms of Islam in public discourse in the West can and often do reference a context in which "Islam" is essentially a racialized identity. When Richard Dawkins says, "No, all religions are NOT equally violent. Some have never been violent; some gave it up centuries ago. One religion conspicuously didn’t," the Islamic identity he's pointing to is not that of ethnic Uyghurs being persecuted in China. It's not that of Rohingya being persecuted by Buddhists in Burma. It's not that of the Islamic population of Indonesia, the largest in the world.

Rather, when he indicates-without-saying "Islam," he’s conjuring up that bearded, hook-nosed, violent fanatic from the Middle East—and that racialized image overwrites Uyghur, and Rohingya, and Indonesian, and all the other people, of every color and myriad nationalities, who happen to believe (fervently or casually) in Islam.

That's how you turn religion into a race. And it's how prejudice against Muslims can be racist.