Islamophobia Has Become a Meaningless Term

Saudi Billionaire’s anti-Islamophobia project is a case in point. 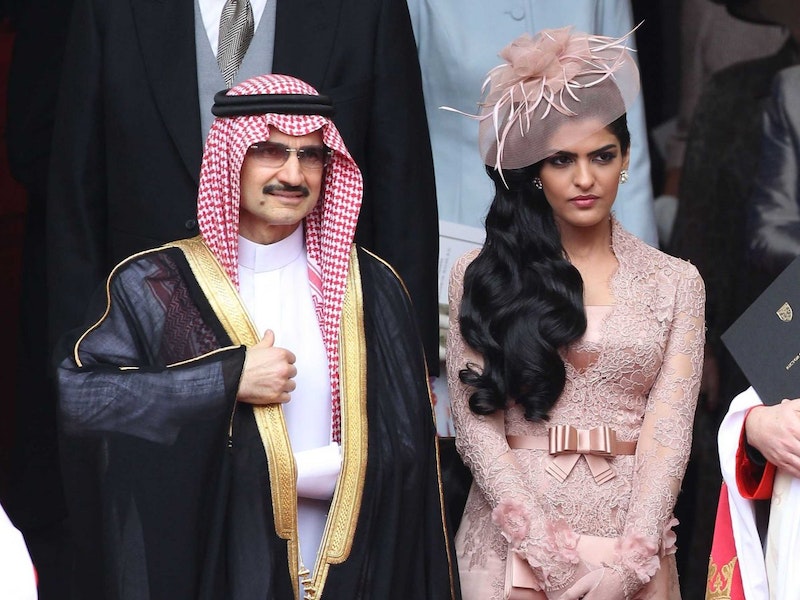 Saudi royal family member and billionaire, Prince Alwaleed, funds The Bridge Initiative, Georgetown University’s anti-Islamophobia project. Its ostensible purpose is to fight Islamophobia, which it explains is “prejudice towards or discrimination against Muslims due to their religion.”

The Bridge Initiative's website contains a list of nine “anti-Muslim tropes” it claims contribute to Islamophobia. Harmful trope number one is that Muslims are “inherently violent,” which is certainly as false a claim as the blanket statement that Islam’s a religion of peace. There are all sorts of sects within Islam. The Wahhabism of Saudi Arabia tolerates a great deal of violence, but Wahhabism doesn't represent the entire religion.

The second trope: “Muslims are oppressive to women.” The Bridge has chosen to make this about “Muslims” instead of “Islam” for a reason. It allows them to characterize any criticism of Islam as an attack on individual Muslims, which smacks of bigotry. Regardless, Muslim men forcing women to wear burkas or theocratic governments imposing Sharia law and convicting women who have been raped for extramarital sex is oppressive to women. The oppression of women in Prince Alwaleed’s own nation goes well beyond not allowing them to drive, as he's well aware of.

The next “bigoted” trope is that Muslims are intolerant of other religions. This certainly applies to the millions of Muslims in Pakistan and other nations who finish up their Friday sessions at the mosque each week with a prayer to help them in victory over the kuffars. It happens in North America as well. In December, a Muslim cleric in a Montreal mosque called for Jews to be murdered, highlighting the fact that there's a strong strain of anti-Semitism within Islam, as a Pew poll reveals.

Trope number four: “Islam is a political ideology or totalitarian regime, not a religion.” Islam is unique in that it contains an entire legal system, Sharia, that specifies punishments for various crimes. Sharia law extends into banking and finance. In the Muslim world, banks raise capital in accordance with Sharia, which specifies the types of permissible investments. Under Sharia-compliant banking, interest rates are not paid on savings accounts. Sharia law, and the all-encompassing nature of Islam’s directives on how individuals are to conduct themselves, insures there will be very little separation between church and state in Muslim-majority nations. Case in point: Turkey’s long experiment with secularism has now succumbed to the gravitational pull of theocracy.

The Bridge’s fifth anti-Muslim trope: “In the West, Muslims are using non-violent stealth jihad with the goal of implementing Sharia law.” Turkish president Recep Erdoğan just recently called on Turkey’s citizens to have five children each in European countries to increase their power. He was just making public what Islamists say in private. Demographic warfare is a commonly-discussed stealth tactic among that unknown percentage of Muslims who advocate global jihad. It's odd that this entire checklist doesn't mention Islamism even once, as if it's completely divorced from Islam itself and Islamists aren't Muslims themselves.

Number six: “Islam is medieval, foreign, and at odds with Western modernity.” This obviously applies to those Muslim nations where being gay puts your life in jeopardy, where a perceived insult to the Prophet can get you a death sentence, or where choosing not to wear a hijab in public makes you subject to abuse or arrest by “morality police.”

“Islam is a monolith.” Islam runs the gamut from those who interpret the Qur'an literally to those who practice an updated version of the religion more suited to modern life. The Bridge Initiative would like us to believe these more enlightened Muslims represent the entire religion, but that's not reality. The critics of Islam worth paying attention to aren't pointing fingers at all Muslims when they discuss outdated and harmful ideas. They're well aware that Islam is not a monolith.

“All Muslims are Arab or Brown.” While this is a common misconception, why do so many brown-skinned Muslims and liberals refer to anyone criticizing Islam as racists? Labeling people racists or calling them Islamophobes, as they've learned, is an effective way to shut down the debate.

The final trope: “Islam needs to be reformed.” There are many Muslims themselves who’d like to see Islam reformed, but their safety is in danger if they speak out. Calling this an anti-Muslim trope marginalizes these would-be reformers who seek to practice a less fundamentalist form of their religion. As it is, the hardliners are making sure this doesn't happen, and pretending reform isn't needed is a gift to them.

If you seek the truth about Islam, avoid activist organizations funded by Saudi billionaires. The Bridge Initiative’s website says rational criticism of Islam is not Islamophobia, but fails to explain why rational critics of Islam are always labeled as Islamophobes. Presenting a list of harmful tropes with disingenuous claims, and no acknowledgement that there are problems within the religion isn't going to change minds.