The place to look for the Ugly Politics of the Day is Michigan. 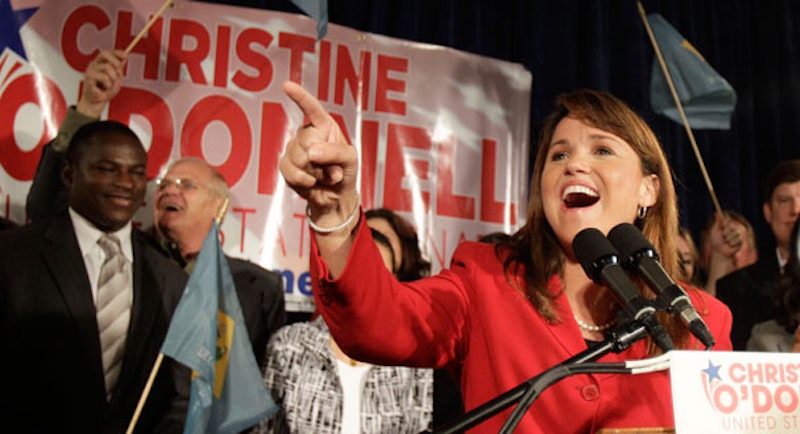 No more talk of Christine O’Donnell, the lunatic GOP senate nominee in Delaware. The Washington Examiner, a reliably rabble-rabble-taxes-rabble DC Metro rag put together an unreal list of reasons why O’Donnell is unelectable. That should (but won’t) be the last word on that.

Moving on to: Michigan. Specifically: Assistant Attorney General Andrew Shirvell. Why? His spittle-flecked hate site dedicated to Chris Armstrong. Who? Armstrong is the first openly gay student-body president at the University of Michigan with a platform including  “gender-neutral housing and weekend dining hall hours.” So?

Armstrong's radical agenda includes mandating ‘gender-neutral’ housing,” Shirvell also wrote in the post, “so that cross-dressing students will not have to share a dorm room with a member of the same sex. This proposal, however, endangers female students, as it will also force heterosexuals of different genders to share the same room and will undoubtedly lead to a massive increase in rapes.”

When Armstrong arrived on campus this fall, Shirvell wrote a post on Sept. 1 entitled “What’s Past is Prologue: Armstrong’s VIOLENT Supporters & the Coming Persecution this Fall.” ....In that post, Shirvell warned “…if events this past spring and summer are indicative of what's to come this fall when Armstrong is called out in public about his outright lies, then Christian, pro-life, and minority students on campus should be aware that they will be VIOLENTLY persecuted.”

It goes on and on, to the point where you can only shake your head and wonder why anti-homosexual zealots spend so much time thinking and writing and sputtering about homosexuality. It’s pathological, and it’s more terrifying than Christine O’Donnell. Whereas O’Donnell would be hypothetically one vote in a caucus that’s reliably anti-equality in regard to the LGBT community (and a couple other communities, at that), this batshit lunatic Shirvell is an assistant attorney general—someone who affects the lives of any number of Michiganders and is in a position to make life exceptionally difficult for those who do not espouse his unfortunate and intolerant views.

Why this man is allowed to wage a one-man war against a citizen of Michigan is completely beyond me. He should be fired immediately.